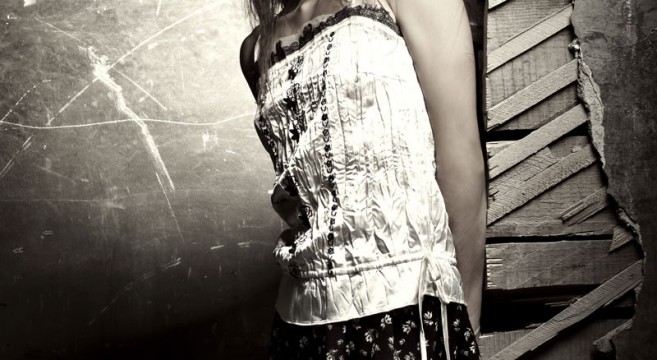 What Have Women Ever Contributed to Science?

If I asked you to name a female scientist from before the twenty-first century, could you name anyone other than Marie Curie? How about a female mathematician?

Historically, from Pythagoras to Einstein, the greatest scientific minds have been male. I am yet to witness a debate on gender in which the argument, usually accompanied with a patronising smirk, that ‘women haven’t invented much, have they?’ has not come up. And, to an extent, they’re right; most of the scientists we can think of are male.

When women do get their act together and discover something, like Marie Curie, they’re usually held up as a paragon of feminism and remembered for their gender, rather than for their scientific breakthrough, because they beat the odds and did something useful- showing that to be a female scientist is considered to be something out of the ordinary.

So why does the disparity exist? Is it because, as said smirking debater would have you believe, that women are simply less intelligent than men, and therefore haven’t contributed as much to society? We only need to look to the arts to see that this, of course, isn’t the case. Jane Austin, the Brontës, Emily Dickenson… we can think of many female writers and poets have made an impact with their career.

This is not because men can do science whilst women can write. The reason why women have seemingly contributed so little to science is that to make a scientific breakthrough you need a university education, which will get you a job in science, which will get you a laboratory and the means to start experimenting. Considering the fact that the first university to begin allowing women the same education as men in the UK was University College London a mere 135 years ago, it’s an achievement that there were any female scientists, mathematicians or inventors prior to the 1800s.

To write a classic, however, all you need is a pen, some paper, a brilliant mind and rather a lot of time. Women have written classics, because they had these things. If women had been granted university education earlier, there would have been many more women succeeding in the science sector as well, and science may have even advanced beyond its current state; as you’d effectively have twice the number of people who could potentially contribute.

What’s more, I’m talking as though few women ever contributed to science, whilst they have significantly. Another reason why you can’t name many female scientists is that they weren’t given the same publicity or credit as their male counterparts. Rosalind Franklin, who took the X-ray diffraction images of DNA that indicated its twisted, double-helical structure, was the reason that Watson and Crick could publish their Nobel Prize winning paper on the structure of DNA, but never received the same recognition. Furthermore, did you know that it was a woman who invented the medical syringe, the rotary engine or the chocolate chip cookie?

It’s painful to think how many more women could have contributed to science if we had been liberated earlier. But what’s even more worrying is that the gender divide still exists today, which is why sexism in the scientific industry is still a major issue. Men are six times more likely to work in science, technology, engineering or maths than women in the UK alone, whilst girls are twice as likely to take up Chemistry or Physics at A-Level if they are at a single-sex school; believed to be because at co-educational schools boys undermine the girls’ confidence.

Inequality in the scientific sector is still a prevalent issue in the twenty-first century, despite girls’ proven capability. If we are to ever secure gender equality, and aid the progress of science we must start fully accepting women’s potential in science and mathematics.

Joanna Taylor is a lower-sixth student at Loreto Grammar School for Girls.