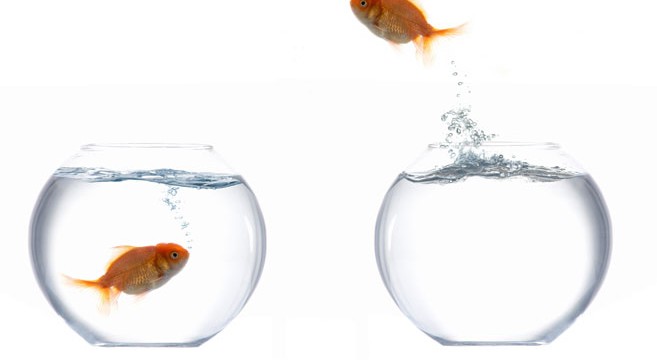 We Just Need to Move Away from the Mainstream

Too often I hear the phrase “Music isn’t what it used to be”. No, it is not, why should it be? Music seems to be one of the few cultural indulgences that is currently developing and not conforming to the idea that everything over twenty years old is somehow better than what we have today. Now I’m not advocating we stop listening to the great music produced in the 20th century, nor am I suggesting that we all run out and buy Katy Perry’s new album, but if people spent a little more time looking for their music, they’d certainly find something worth listening to. Whether you’re a bastion for the most remote and obscure artists or your favourite album is close to breaking into the mainstream, if the majority could look past the glitz and glam of the charts, our generation could spark a creative revolution.

All that the mainstream seems to offer these days is overly polished, overly perfect pop stars and rap artists ‘spittin’ ‘bout dem hoez’. The likes of Justin Bieber and One Direction dominate the charts. So that’s basically a choice between an adolescent, egotistical moron who sings like he’s got his bollocks trapped in his zip or alternatively, five adolescent egotistical morons who sing like they’ve got their bollocks trapped in their zips. There isn’t a great amount of choice.

If that’s not your ‘thing’ then perhaps Miley Cyrus is more to your liking? Her recent performance at the VMAs has subsequently shot her into the limelight. Quite rightly too; her elegant dance style is second to none and the lyrical depth of her music (“I came in like a wrecking ball”) greatly resonates. Miss Cyrus even goes to the trouble of demonstrating her lyrical genius to us with a rather helpful music video in which she swings back and forth on a wrecking ball. Cheers Miley: I’d have been lost without the visual. Her nudity in the video is clearly symbolic of a breakdown in relations; she is exposed without him. Or perhaps she just likes getting undressed.

Maybe pop simply isn’t for you and the thought of Hannah Montana naked is enough to turn your stomach. Then let me guide you to a whole array of rappers like Drake, Jay-Z and Kanye West who are endlessly quoted these days by a whole host of people who seem to think that they’re philosophers. Before the wonderful ‘Nigg*s in Paris’ how was one to know that “that shit cray”, or that if you ‘ball’ too hard people will begin to look for you? Step aside Nietzsche, Jay-Z coming through.

To me, these artists do not represent modern music and yet they are at the forefront of the industry. Lesser known, more talented musicians are making amazing, progressive music only to be heard by a small minority. The arrival of the electronic ‘post-dub’ genre and artists like James Blake several years ago illustrates this perfectly. His hauntingly soulful voice, off beat rhythms and use of synthetics is a true experience for listeners and although his music is beginning to be recognised by a larger audience, too few people have heard his name. Obviously Blake is not the only underrated artist of our time and ‘post-dub’ not the only genre, but surely we should be bringing musicians like him into the mainstream rather than settling for Capital FM incessantly playing Taylor Swift songs. Let’s take the time to find more artists who are quietly making proper music, writing proper lyrics with proper meaning and make these people the face of our generation’s music. After all, an era’s music if often how it is remembered and I certainly don’t want people thinking I was raised on a cocktail of Lady Gaga and Jason Derulo.

Phoebe Davis is an upper-sixth student at Altrincham Grammar School for Girls.