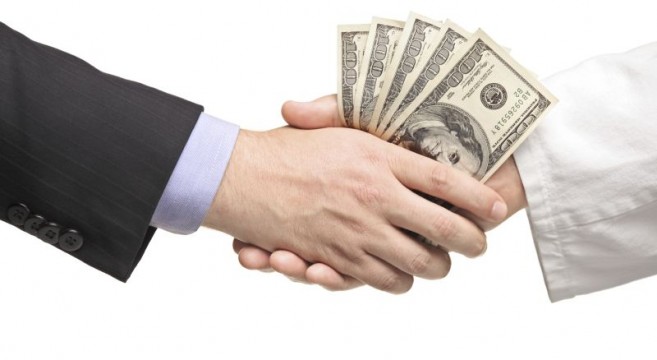 This year’s transfer window was one of the busiest to date, with the arrival of many household names to the Premier League, namely Real Madrid’s Mesut Özil at Arsenal and Anzhi Makhachkala’s Willian at Chelsea. However the biggest spenders in England were ambitious Tottenham, totalling £105 million during the Summer months, with young manager André Villas-Boas looking to build on last season’s 5th place finish and gain entry to Europe’s most prestigious competition, the Champions League. They signed a phenomenal seven players, bolstering their attack with the likes of Roberto Soldado, midfield with hot prospects such as Étienne Capoue and defence with the highly sought after Vlad Chiricheș.

For a closer look at Tottenham’s recent acquisitions, let’s start with their sole defensive signing, Chiricheș. A product of the Ardealul Cluj and Benfica youth systems, his most valuable asset is undoubtedly his pace, which is exceptional and although not essential for a quality centre half, perfectly demonstrated by Per Mertesacker, it will far from hinder the future star. Although able to tackle and a reasonable force in the air, at the tender age of 23, he has much time to improve in these areas, presuming he is one for the future for Spurs fans. Chiricheș is not a typical centre back though, but more of a ball playing defender, and he has a worrying tendency to attack, often ending up out of position. It must be said though that his dribbling is exemplary for a defender and he seems like an excellent purchase in terms of potential.

Next we move further up the pitch, to midfield, where Tottenham managed three signings, Christian Eriksen, Étienne Capoue and Brazilian Paulinho. Eriksen, aged just 21, is in my opinion the bargain of the summer. With Marouane Fellaini valued at £27.5 million, £11.5 million for a player who created the most chances (138) and most chances per match (4.18) in Europe last year is nothing short of theft. He alone possesses the creativity Villas-Boas so desperately craves, something which has become evident in his 4 appearances so far, and he has the versatility to play any central midfield role, be it number 10 or false 9, as well as being competent on both wings. The only criticisms levelled against him are his apparent habit of only performing in the ‘big games’ and the concern over whether he is up to physicality of English football at a modest 5ft 9in. That said, it would be naïve to say the prospect of him playing behind Soldado, a 15-20 goals per season striker, isn’t just a little exciting and we should expect him to rack up a number of assists throughout the coming year. Now for 25 year old Frenchman Capoue, who operates primarily in the defensive midfield position and could well be the dark horse of the Premiership in the 2013/14 season. Coming from Toulouse for £9 million, he is a player rarely discussed alongside the great players in his role today, such as Schweinsteiger, but make no mistake; he has a role to play in the camp in the way of filling the hole left by Scott Parker, the previous solid workhorse holding the Tottenham squad together. Standing at 6ft 2in, Capoue is an aerial presence useful for defending corners and crosses as well as grabbing the odd goal at the other end, shown by the fact that he won 291 ‘duels’ in Ligue 1 last year, more than anyone else. He’s exactly the physically imposing, Vieira-type holding midfielder behind any successful team. He can also help out at centre back were Chiriches, Kaboul and Dawson to pick up injuries, where he has become comfortable during his time at Toulouse. Last but not least, he 25 year old Brazilian Frank Lampard, Paulinho. There is something interesting and impressive about his name, assumably the resemblance to the great Ronalinho in terms of ‘inho’ at the end. Aside from his name, he has been dubbed a typical ‘box to box midfielder’, or in other words an all-round player. His main attributes are his ability to see and execute runs from deep postions, his trademark Brazilian flair and his goal scoring record, particularly at international level where he has bagged 5 in 22, an impressive feat for a player in his position. As AVB’s first signing of the window, he clearly has the manager’s support, and rightly so, as his progression from the lower South American leagues to England’s top tier is nothing short of staggering. He truly has everything you could want from a midfielder: pace, strength, creativity, stamina, passing, shooting and tackling and could prove key to the new-look side. The main concerns highlighted over his arrival at White Hart Lane are his history of providing a lack of assists, with only 12 in the last 4 years, and his supposed need of a ‘CDM’ to perform, although this ceases to be a problem with Capoue in the same midfield. The three players together in a 4-3-3 system have the potential to break down any defence in Europe if given the time to gel as a unit.

Finally let’s take a look at their attacking additions, Nacer Chadli, Erik Lamela and Roberto Soldado. Chadli, 24, joined from FC Twente for £7 million after proving his talent in the Dutch Eredivisie, netting 12 in 14 from the wing. Although it seems so far that he seems to be playing second fiddle to the inform Andros Townsend, he has made 7 appearances in which we have seen glimpses of brilliance, such as his cool finish against Anzhi in the Europa cup. The Belgian winger is no Aaron Lennon in terms of speed, but he is quick enough to damage oppositions and if last season is anything to go by, he has a keen eye for goal, an area where Spurs seem to be struggling so far in 2013/14. His strengths come in the form of his ability to manufacture space for himself and get a shot off with his formidable right foot, earning him regular comparisons to Cristiano Ronaldo. However, although he is also of a similar build to Ronaldo, he lacks the killer left foot to be on the same level. Paying £7 million for a player of his calibre looking to develop his game further in one of Europe’s best leagues seems to be a no-brainer and Chadli appears be a cracking buy by the manager, especially considering his Champions League experience with Twente. Now for the first of what I consider their talisman signings; Roberto Soldado, who came through the Real Madrid youth system and has always had a great scoring record: 63 in 120 for Real Madrid B, 4 in 27 for the Madrid first team, a low point in his career, 13 in 44 at Osasuna and then the most prolific period of his career so far, 33 in 66 at Getafe and 81 in 141 at Valencia. It is obvious why Andre Villas Boas opted for him as a replacement for Gareth Bale’s missing goal threat after scoring 198 in 406 matches and he has many of the qualities necessary to impose himself on the Premier League; his hold-up play and ability to assist others is excellent and he can finish a chance with his head and either foot. As a typical penalty box predator, he uses his agility to run off the defender’s shoulder and leave himself with only the keeper to beat, but what has particularly impressed me when I’ve seen him play are his inspired runs carving defences apart. He has been criticised so far for his lack of goals in England, having only scored 2 in 7, but overall he has scored 4 in 8, with 2 goals in Europe and I believe he will undoubtedly be a big hit at Spurs after he’s had time to settle into English football. Finally let’s take a closer look at their most expensive player this transfer window, costing around £30 million, 21 year old Erik Lamela. As a Manchester United fan, I prayed he would join the Moyes revolution and I’m a huge fan of the young Argentinian who rejected the chance to join Barcelona at the age of 12. Anyone given the task of replacing the world’s most expensive player Bale would be well within their rights to be intimidated, but at the tender age of 21 you would think none more so than Lamela. However the ex-Roma man has recently caught the attention of the world’s biggest clubs, only to join Villas-Boas, and rightly so; last season he managed 15 goals and 6 assists in 35 appearances from the wing and his dribbling is up there with the best, attempting 3 dribbles on average per game, with a 48% success rate, higher than that of Luis Suarez and Marco Reus. Understandably highly-rated, his comparison to Bale comes from his natural pace when running with the ball and the fact that he is a definite match winner, often cutting in from the right wing and firing in a rocket left foot shot from around the edge of the box or making a darting diagonal run into the penalty area and nestling a header into the back of the net, a surprising strength of his. Although he seems such an enthralling future prospect, his work rate is considered his biggest weakness, often opting to remain in attack instead of tracking back, leaving full backs isolated and he needs to work on his physicality to prevent getting muscled off the ball if he wants to go down in White Hart Lane history.

Overall the 2013/14 transfer window was more successful for Tottenham than any other English side, having strengthened in all areas and only suffering a loss of £21 million after recouping £85 million from the sale of Gareth Bale. The big question surrounding the window was whether with the imminent departure of the Welsh number 11, they would be able to fill the gap he left and I feel they have more than managed that with the signing of 7 of the most coveted players around. The team may need time to develop and the manager time to establish their strongest XI, but there can be no question that they are almost nailed on to qualify for the Champions League in the 2014/15 season.