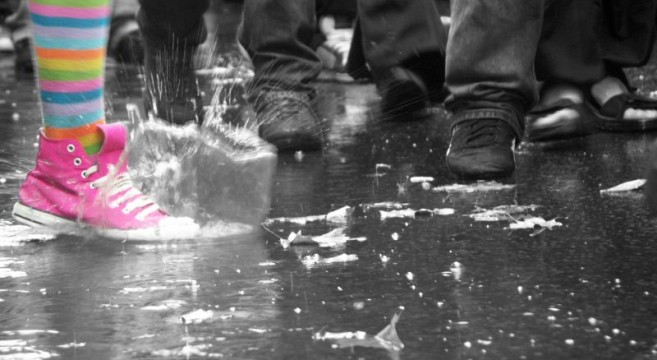 Perhaps the most blissful time in our lives is when we are infants. Up to the age of about three… No worries, no responsibilities; just sheer fun. It’s a shame we don’t remember anything. As we get older there is a greater pressure to perform and achieve so we can survive, and survive comfortably, within modern society. I guess that’s fair enough, but then how much competition is too much competition, and does it mean that we’re missing out on life’s simple pleasures?

All parents strive to have their children attend the best academic institutions possible; they even enroll them as soon as they’re born. After obtaining a place in a primary school most children are trained so that they may go on to attend selective state schools, or other prestigious places, they are prepared to sit the 11+ exam. Whether deliberate or not there is extreme pressure on thousands of ten-year-olds to attain sufficiently good results, and not all of them can. Is it really fair to put children, at such a young age, through such turmoil and potential, for some inevitable heartbreak? The situation only intensifies after that with yearly exams, then GCSEs (for now anyway), A-levels following that along with the tremendous struggle for University places. Then there is that professional degree or apprenticeship, and satisfying the requirements so one can climb the ranks with a career following that. It seems never ending – and maybe it is. By no means am I suggesting that there should be no competition or testing method, as without that society would become stagnant, however such things should not be taken to preposterous levels and should not result in a meaningless race amongst the population.

There is such intense competition that an antagonistic environment has been created. Young children are being intensely trained in education, music, drama and sport to give them the best chances; but they rarely have time to even enjoy what they’re doing. Everyone is trying to out-perform or undermine someone else. Who has the better house, or the fancier car or the better grades? In developing countries, children may not have enough food on the table but they might well have a mobile phone in their hands. This is leading to lesser emphasis on the necessity to develop one’s own character; it is causing the most important competition to be neglected – the competition against oneself. It is almost like we are running a race against everyone else, but no destination has been determined; there may be moments when it seems like you’re ahead of all the others, but if there is no goal at the end that you’re vying to achieve, any energy exerted is useless. It also sucks out any pleasure or satisfaction of trying to reach somewhere.

“The best things in life are free”. So why is it that we’ve ceased to take advantage of them? When was the last time you spent some quality time with your parents, or played in the rain or smiled at a complete stranger? At the end of my life, I want to be able to look back and not see that I have been caught up in a petty, useless competition; may that be due to peer pressure, or societal influence. I want to look back and see that I worked hard, that I made a difference, but most importantly I want to see that I was happy.

In the end, that really should be the ultimate goal. Not living life on auto-pilot, with that house-party to let off steam, but living it to the fullest, constantly in a state of contentment. In my opinion, the only way to achieve that is to stop trying to be better than him, or superior to her, but just by being yourself and knowing that every single day you won that personal battle, and became a better person.

Anam Noor Ehsan is a lower-sixth student at Altrincham Grammar School for Girls.