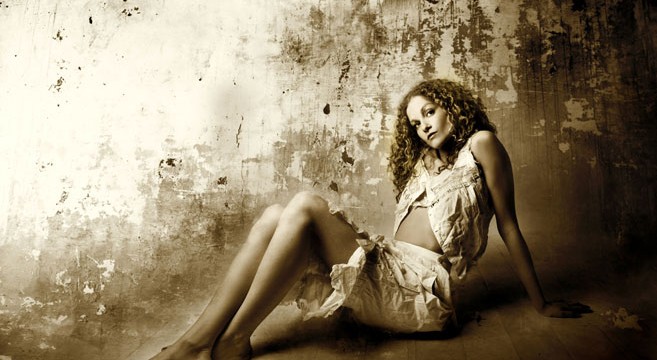 The Art of Sex Appeal

‘What is important in a dress is the woman who is wearing it.’ – Yves Saint Laurent

It would appear that there exists a fine line between femme fatale and something from the depths of Amsterdam’s red lights. For centuries women have been attempting that allusive quelque chose. Scarlet lips and crimson nails, something black and lacy? Something that makes blood race and pulses pick up the pace… and that’s just protesting feminists.

As Vogue proclaimed in its December issue, ‘Sexy just got resuscitated’ and we only have to look to Saint Laurent, Versace and Jean Paul Gaultier to see it marching up and down the catwalks. Confections consist of sheer, breast flashing shirts, skirts slit to the thigh and no lack of leather. Black is everywhere and lips are pouting in fifty shades of rouge. Is this a grotesque exploitation of women’s dignity or high fashion’s latest masterpieces?

I would agree with the latter. Those who dare to bare do so with attitude. They are modern, free thinking and independent women of the 21st century; not naïve victims tricked into short skirts by capitalist fashion houses. These women want to go out and they want to do so in style. Emilio Pucci’s skin-tight and cut-out dresses with sky high stilettos are made to impress, they want eyes on them. Hard work has gone into that Pilates perfect body so why wait for bikini season?

Of course there is an art to walking into a room and stealing the show. As illustrated by Miley, less is not always best. Class is necessary.This is an exercise in controlling sexuality. Short skirts need smudged eyes, dark lips must be softly done and a tiny silk slip needs a slightly mussed hair. There are no real rules however, which is what makes it tricky. Very little separates tasteful from tasteless and while certain women radiate it, others are rather lacking.

The key to 2013’s trend is to be clever. While there’s no point denying the impression a pair of bare legs can make, a cutaway at the midriff or a tiny glimpse of waist can be just as powerful. Colours, too, are important and although splashes of dark reds will always seduce, it is black and white that ultimately triumph. A single block of colour takes eyes straight to the skin, keeping the dress chic and holding vulgarity at bay.

This winter heralds the return of the seductress, dark, passionate and smouldering. You won’t miss her; she’ll make sure you won’t. But just remember, she’s not dressing for those staring from the sides. She’s wearing that dress for herself.

Molly Cooper is an upper-sixth student at Altrincham Grammar School for Girls with an interest in fashion.