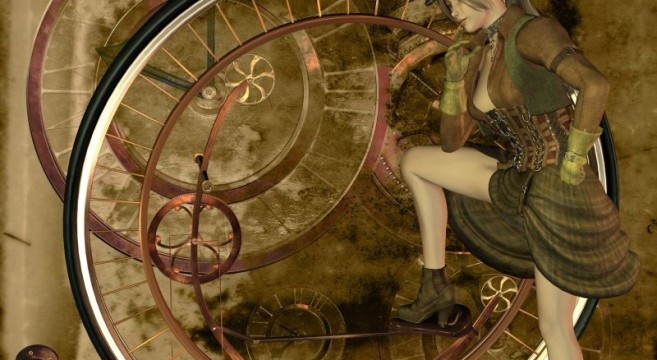 Response: You Reckoned With The Wrong Margaret

Several days ago, an article was published on this website describing a fictional person named Margaret, a stereotypical UKIP-leaning upper-middle-class Daily Mail reader with xenophobic and anti-immigrant beliefs. This article riled me a little, not because of the immigration issue so much as the bizarre way in which Margaret was misrepresented.

Let’s assume that Margaret is a UKIP sympathiser. Regardless of how much the Labour Party would like it, it is not just the Conservative Party bearing the brunt of the waves UKIP has recently been making on the political landscape. Where have the most recent electoral success stories for this party come from? Here’s a clue – not predominantly Tory areas. In the most recent by-election, triggered by David Miliband’s surprise departure, UKIP came second. Where was this then? Surrey? Hertfordshire? Oxfordshire? No, not even close. The constituency of South Shields is located in Tyne and Wear, and has been a Labour seat since 1935. This is hardly a region with the demographic you would expect to be turning to a party described as ‘far right’ by much of the media. South Shields is not a one-off. In November of last year, UKIP again came second in Middlesbrough, which in 2010 elected the now-late Sir Stuart Bell (Labour), who gained 45.9% of the vote. Rotherham too proved a surprise for many, with Jane Collins winning UKIP’s highest ever share of the vote in a parliamentary constituency. Looking at these figures, a different picture of Margaret begins to emerge – one not of a lifelong wealthy conservative but one of a woman who simply shares the party’s long standing view that the Conservative and Labour parties are becoming more and more indistinguishable. If Margaret is a UKIP voter, she isn’t necessarily rich, far from it – she’s likely to come from areas that suffered during the privatisations of the 80s, when the economy underwent a shift from a reliance on manufacturing to a more services-driven base.

Another issue is age. Margaret is quite likely to be 52, which is a fair estimate (based on YouGov’s most recent poll); however, a cursory glance at the results reveals, perhaps unsurprisingly but quite relevantly, that UKIP’s biggest voting bloc is not the 40-59s but the 60+s. Crucially, this includes (though is of course not limited to) pensioners. Forgive me for any misunderstanding, but I’m fairly certain that there are very few female pensioners (blessed as they are with the princely sum of £112 a week in state pensions, including ‘added extras’) in the north of England sitting down to their “beloved smoked mackerel pâté (with lime juice and a sprinkling of Greek fennel)”. Margaret is probably more concerned about whether she can afford to switch on her heating during this coming winter or carry on doing her shopping at the local supermarket without driving several miles further out to the closest low budget alternative. That is, of course, if she can afford her car insurance. With this in mind, it is hardly surprising that nearly a million over 65s in England are actually malnourished.

No wonder, when Margaret reaches for the paper, she is angry at what she sees. No wonder she is shocked when the government announces that borders will be opened to more people who will be able to claim many of the benefits of a UK citizen while 43% of over-60s fear their utility bills enough to turn down the heating while they’re still cold. That these immigrants may bring economic benefits to the country is simply not relevant, as these will not filter down to her. This article isn’t an attack on immigration or on the welfare state (or lack thereof); it is just an attempt at highlighting what is quite simply a farcical disorganisation of priorities. If we cannot even afford to heat ourselves now, what will we do when the demographic currently coming over to work in the UK retires, and yet further strain is placed on health, utilities and pensions?

The article is surprisingly blasé about the problems facing the NEETs in the UK. Rather than supporting political or social reforms designed to inspire and educate those not in education or work, the article seems to favour simply bringing in people from abroad to fill vacancies. Although it is entirely fair that those willing to work should be allowed to fill the gaps left by the unwilling, this hardly seems like a sensible long-term strategy – are we to forget these 1 million people and hope they just vanish over time? Every single one of these requires the use of government services, housing and eventually pensions. Immigration looks like a rather short-sighted way of delaying this potentially-explosive problem. Back in the days Margaret was growing up in, as many point out, there was a greater sense of community spirit and a willingness to sort out problems in society, rather than relying on the survival of the fittest.

Some excellent points are made about the boost given to Britain’s universities and businesses through the provision of education and goods to students from overseas. It is also true that the points system allows skilled workers needed in the UK to move here, often to work in various exciting nascent industries. However, this points system is, for legal reasons, restricted to non-EU citizens. All arguments about points and skilled workers go out of the window when EU migrants, who are allowed freedom of movement within the EU, are considered. This especially is a source of division. While the author of the original article would seem to favour the redistribution of wealth and privileges across the European continent, in order to advance as a larger entity, Margaret’s generation may be upset at seeing any chance of the ‘cradle to grave’ protection it was brought up to expect being given to those who have not paid into the system for as long as it has.

The points about cultural diversity are all well and good, but Margaret’s generation is undoubtedly a little puzzled about the necessity of such cultural upheaval, and possibly concerned at the potential loss of a national identity that was considered so important during its years growing up during and after World War II. The author sensibly acknowledged the unintended consequences of mass immigration, one of the most serious of which is the ghettoisation of communities. Immigrants are, for obvious reasons, likely to feel more secure and comfortable among those from the same country of origin, inhibiting integration in the community. Therefore, there could be an argument that a slower rate of immigration is actually more conducive to a greater quality of multiculturalism, rather than accepting immigrants at the rate of 503,000 a year.

The author of “Immigration isn’t that scary, Margaret” should possibly refrain from indulging in the sort of inaccurate stereotyping he chastises the right wing press for. While he may argue very eloquently for the benefits of immigration, he cannot dispute that for a certain section of society, the apparently skewed priorities of successive governments have been responsible for the breeding of anti-immigration sentiments, with a media seeking to confirm its readers’ beliefs simply amplifying these convictions. It’s very easy to set up a straw (wo)man, and to give it enviable circumstances and attack it for any perceived prejudices, but it’s much harder to face up to reality and acknowledge that this isn’t simply just a problem of racism or xenophobia. This issue has its roots in a loss of cultural identity and decades of short-sighted government by politicians who fail to recognise and take into account the opinions and needs of all sections of society.

James Persico is a lower-sixth student from Cheshire with an interest in politics and current affairs.