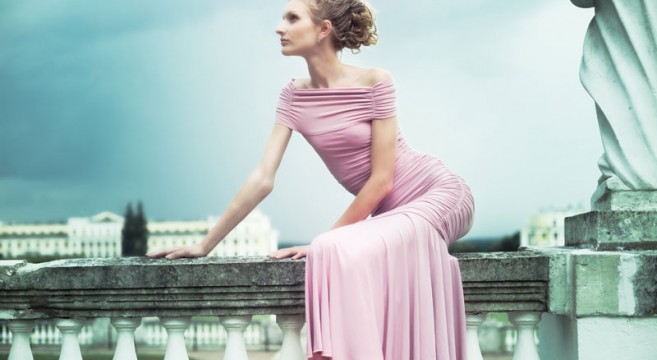 Response: Ode To The Oversized Blazer

The following article is a response piece to Fashion’s Fatal Faux Pas:

Okay so we all get it, there are skinny girls in Vogue. Oh god no, not cheekbones! And is that a thigh gap I can see? Time after time we are told to look to its glossy pages in order to find the source of all evil plaguing our society and quite frankly, it’s time to find a new scapegoat.

Haute couture and high fashion houses offer an ideal; a vision much the same as artists, writers, directors and musicians do. They are not a checklist for young girls to follow and nor are they out to make women’s lives a living hell. If anything they exist to enrich and inspire. When Elle published its safari themed summer edit, complete with camels and meerkats, I am not aware that elephants became the season’s must have accessory. The point of fashion is not to blindly follow whatever crap is thrown at you but to look for yourself and use those brain cells which apparently thou hast been blessed with instead of the catwalk’s air headed blonde bimbos. If you didn’t like Valentino’s last show, that’s fine. If you think hemlines are getting a little short these days, that’s fine. If you have absolutely no interest in fashion, that’s also fine. Just don’t go around slating Valentino, tugging down skirts and slagging off an industry you’ve not deigned to associate yourself with. But if you do insist on doing the latter, do your research at least.

Alexandra Shulman is the editor-in-chief of British Vogue and has been for the past twenty-two years. She is not skinny, in fact she’s quite mumsy which is surprising. Considering the apparent dangers of fashion you’d expect her to be either a stick or long dead from malnourishment. Far from it and in May 2012 she was one of nineteen Vogue editors who signed ‘The Health Initiative’, promising to “work with models who, in our view, are healthy and help to promote a healthy body image” as well as being “ambassadors for the message of healthy body image”. Under Shulman’s reign Vogue has never published a single article promoting diets and rarely comments on exercise. The furthest it goes is their website’s section containing models’ health tips which seem to largely revolve around Pilate routines, lots of water and eating fresh fruit and veg. How awful. The pressure to indulge in vegetables and go for a run a couple of times a week. But there you have it, the cause of misery and grief for millions around the globe; a gaggle of twenty-somethings born with good bone good structure and a penchant for Pilates.

Now I know this is belittling a matter that does need serious consideration but fashion editors are the first to agree it’s an issue. If you want to find the real guilty party I suggest you look no further than your friends, family and peers. As Chanel stated, ‘fashion does not exist unless it goes down in the streets’. It is up to us, the public, to decide which of couture’s creations become a ‘thing’ and will enter the history books; Topshop ain’t going to make polka dot crop tops unless someone out there will buy them. Hurrah, power of the people! Only the people never seem to find themselves at fault. It’s always the designers, the models, the photographers, celebrities, skinny people in general who can be held accountable. The answer is simple; if you don’t like something then don’t buy it. Find a sewing machine and show us all how it’s done, just leave alone the people who happen to like oversized blazers.

As for fashion’s apparent lack of diversity I would suggest comparing Chanel to McQueen or maybe McCartney to Vuitton. The spectrum of colour, fitting and design is broader than it has ever been and caters for everyone from the wags to the career gals, illustrative of fashion’s modern day acceptance of women as whomever or whatever they want to be. People having difficulty seeing this may want to have another look at last week’s couture photographs. Flicking through Vogue will not turn you into Alexa Chung or Kate Middleton just as strumming a guitar once in a while will not make you John Lennon. Style is born from fashion and will last much longer than it. Women who take pride in their appearance largely realise this and so invest time and money into adapting trends, cultivating their own image to reflect the woman they want to be. That is the beauty of fashion, it is an art form made to be lived in and not gawked at on museum walls or watched on the big screen. Of course there will be repetition, there are over 3 billion women in the world, but ultimately fashion is highly individual, accessible and above all enjoyable for those who are willing to look beyond the fantasy and pluck from it what they want for their own lives.

Obviously I am biased, being one of the shallow and judgemental Vogue enthusiasts, but to me fashion has a lot to be thanked for. Over the past century it has fought a peaceful revolution to strip women of corsets and give them trousers. Wrong though it may be, I value my right to wear jeans outside the house and show my ankles as much as I value my right to vote. As for the unrealistic standards fashion imposes on women, talk to me about adverts and movies. When was the last time you ever saw anything other than a gorgeous girl (yet still wearing full make up) in a Hollywood role? This is not just fashion’s problem so don’t try and pin it on the cover pages. And the big fat question of skinny? Well, I’d hardly say it’s as urgent as the 70% of Americans who are overweight or the 35% who are obese. Perhaps it’s they who could actually do with jumping on the carrot munching train.

Molly Cooper is an upper-sixth student from Cheshire with a passion for fashion.