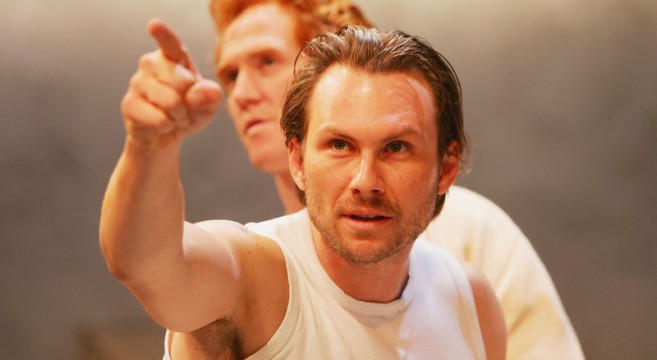 One Flew Over the Cuckoo’s Nest

On Saturday the 10th of November it was 12 years since the death of American writer Ken Kesey, author of the contemporary classic ‘One Flew over the Cuckoo’s Nest’.

Set in an Oregon psychiatric hospital, the tragic yet ultimately liberating narrative explores institutional processes and critiques the way in which clinically insane people were (and in some cases, still are) beheld and treated. More importantly, the book celebrates basic human principles, the power of friendship and freedom. If you haven’t read this book, I urge you to do so. If you have, read it again.

For those who haven’t read the novel; Chief Bromden, a half American-Indian whom the authorities believe is deaf and dumb, tells the story of a mental institution ruled by the cruel and manipulative Nurse Ratched on behalf of the state. The patients amble meaninglessly about their leaden lives, drugged up and unaware of the injustices they are subject to. Into this terrifying grey world comes McMurphy, a brawling gambling man, who wages total war on behalf of his cowed fellow-inmates. What follows is at once hilarious and heroic, tragic and undeniably inspiring.

Ken Kesey wrote his debut novel in 1959, amidst the Civil Rights Movement at a time when profound changes to the ways in which psychology and psychiatry were approached. The 1960s then saw the arrival of deinstitutionalisation, the replacement of long-stay psychiatric hospitals with less secluded community mental health services. ‘One Flew over the Cuckoo’s Nest’ was deeply controversial at its time of publication; it is in actual fact one of America’s most highly challenged and banned novels. It was argued that Kesey, who had experienced the treatment of mental illness first hand whilst working as an orderly at a mental health facility in California, shouldn’t have criticised the ways in which the state dealt with mental illness amidst a time of so many reforms in the field. The book has also been banned in institutions of education up until quite recently, due to the complaints of prudish parents who struggle to cope with the outlandish behaviour and sometimes shocking remarks of the novel’s protagonist Randle McMurphy.

Kesey’s representation of mental illness throughout the novel has done more for public awareness and the overall view of ‘insanity’ than any law or programme could do. ‘One Flew over the Cuckoo’s Nest’ was written to inspire compassion and utter sympathy, and to promote the importance of standing up for human rights even in seemingly hopeless situations. Our hate for the tyrannical ‘Nurse Ratched’ and state which treats the characters so starkly is a by-product of our outright love and compassion for the patients of the asylum. We rejoice in their triumphs and commiserate with them in their sorrows. What McMurphy represents in this novel is timeless. He speaks on behalf of those without a voice, before teaching his friends to fend for themselves and rebel against suppressive authorities. His controversial character is key to the plot. The fact he is an addict of pretty much everything and fakes insanity to avoid serving time in a state prison, only heightens the goodness within him and shows that anyone can make a difference. Those who cannot see past his defiant nature and disregard the entire novel because of it, fail to see the bigger picture and appreciate a truly amazing character.

It should be noted that Jack Nicholson’s portrayal of McMurphy in Miloš Forman’s 1975 film adaptation of the book is superb and ultimately heart-breaking. He thoroughly deserved the BAFTA, Golden Globe and Academy award it earned him. What ‘One Flew over the Cuckoo’s Nest’ stands for will never age.

I hope people continue to read this incredible work of literature for years to come and take something from it that remains with them for a very long time. This book taught me that going against the flow (excuse the cliché) is not a bad thing, and is absolutely necessary in some cases. It has inspired me to fight for causes I believe in and aid those I care about in their fights also. People who are different, whether they are an addict like McMurphy or a depressive like Billy Bibbit, are just like everyone else, only with something extra. It was Ken Kesey himself who said ‘He who walks out of step, hears another drum.’

Issy Parry is a lower-sixth student at Altrincham Grammar School for Girls with an interest in literature.