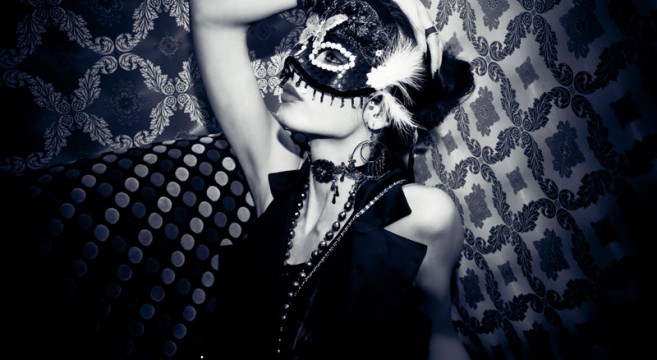 The fashion industry is a multi-billion dollar enterprise, contributing hugely to the economy of the western world, and has established itself as one of the biggest and most vibrant pieces of our culture today. The intricate tapestry of fashion’s history has inspired novels, films, theatre, art, and, most importantly, people. Many would argue that fashion itself is an art form – and, in many ways, I can’t disagree with them. Whilst my personal interest in fashion goes no further than “Do I like this on me? Right, then I’ll wear it,” I can’t deny that it’s an industry based on creativity, artistry and brilliant marketing advances. But I have qualms.

As quoted at the top of this article, Coco Chanel once said that “Beauty comes when fashion succeeds.” I feel that this is a widely held belief within the industry, and a dangerous one too. My big issue with today’s fashion industry is that it not only shapes material trends, it dictates how women should look and how they should feel about themselves – and this is a grave injustice to both fashion’s potential and to the demeanour of a woman. While people argue that fashion empowers women, which I believe it can in the future, it is designers such as Karl Lagerfeld, who said that “The woman is the most perfect doll that I have dressed with delight and admiration,” who curb fashion’s ability to empower. Today’s fashion industry creates a restrictive environment in which a woman’s worth amounts to the shoes on her feet, not the thoughts in her head. There are the obvious body image issues with the industry, but I’m not going to bore you with a page and a half of “models are too thin” – while still an urgent problem, this subject has too often been bludgeoned to death. High fashion’s constant representation of the ‘perfect woman’ as tall, long-limbed, jut-hipped, high cheek-boned and with the complexion of a china doll has kick-started a surge in eating disorders, ridiculous expectations and general low self esteem in women and girls in the past 100 years. If fashion houses focussed on individual expression of beauty and not their own coffin-shaped box of perfection, it would be the most liberating and potentially empowering industry women could subscribe to. This brings me to my next qualm.

I won’t pretend to be well educated in the individual mantras of the major designers and fashion houses of today – I’m really not. I’m not a magazine reader, and when I meet a person, ‘who they’re wearing’ is the last thing on my mind. What I do know, however, is that fashion’s artistry has stemmed from creative minds striving for free expression – breaking the moulds of material restriction. This is a fantastic prospect in principal, but it baffles me that the industry can still pride itself on this value when all the women and men who model for these companies essentially look the same. If you flick through the advert pages of Vogue, you’re almost guaranteed to find androgynous-looking women in oversize blazers staring ferociously at the camera and a spread of gap-toothed, long-haired, size zero women in some form of woodsy outdoor scenario involving a lot of hands-in-pockets, look-like-you-want-to-strangle-yourself-with-that-Gucci-scarf-you’re-wearing, and the occasional equally bored-looking horse. And this is fine – there’s no issue with this style being a part of fashion, but my objection is that this sameness encompasses the fashion industry, and it’s simply hypocrisy. Fashion has become woefully self-contradictory, and it shocks me that nobody seems to have noticed.

All this being said, I have a very different vision of women’s fashion in the future. 2013 was a brilliant year for women, and female celebrities such as Jennifer Lawrence have demonstrated that beautiful women are more than just “dolls” as Lagerfeld suggests. Lawrence, the new ‘it girl’ role model for young girls, set the bar for positive body image, saying once in an interview that “If anyone even whispers the word ‘diet’, they can go f*ck themselves.” She epitomises personality, beauty and style without cow-towing to the starved and depressed look that the fashion industry often deems as beautiful. Things are changing, and it’s fantastic to see – but high fashion has a lot to apologise for and, frankly, there’s a long way to go. I envision a world in which fashion celebrates difference in body shapes instead of condemning them, in which airbrushing is seen as grotesque instead of ‘the norm’ – and, most importantly, a world in which fashion is no longer tainted with hypocrisy but instead shakes off its self-imposed straight jacket and strives for real, tangible radiance. I just hope it redeems itself in time for the change.

Madeleine Goode is an upper-sixth student from Cheshire. She is passionate about the Arts and the issue of gender equality.