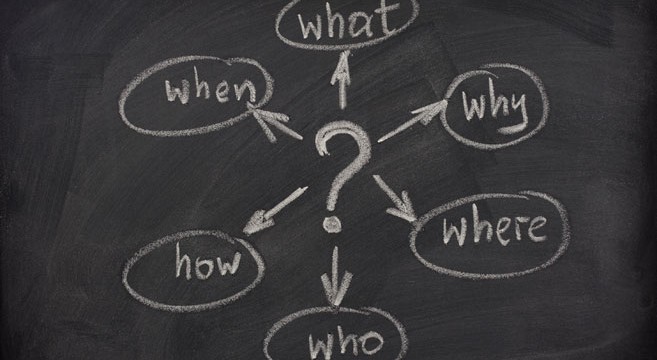 Who Cares About Politics?

IN A TIME OF POLITICAL ANGER AND DISSATISFACTION, WHY IS NO-ONE VOTING?

Hansard is a nearly word-for-word account of all of the proceedings in Parliament. It gives its name to the Hansard Society, a political education and research charity concerned with analysing and boosting participation in our democracy. Its most important annual publication is its Audit of Political Engagement, and it makes for an incredibly depressing read. There is much talk about people getting less and less involved in politics, and this report provides the hard evidence of this. For those wishing to read the audit, it can be found in the Publications section of the Hansard Society website.

The study found only 41% of people would vote now if a General Election were called – and only 12% of 18-24-year-olds would vote. Considering that a democracy like ours requires that as many people as physically possible turn out to vote for their leaders, that less than half would vote in this time of political dissatisfaction is astounding, especially when one considers that last year’s figure was 48%. However, ‘satisfaction with the current system of governance’ is up 3% to a colossal 27%. Perhaps the two statistics are related – if 73% of people are unhappy with our entire democratic system, how can they be expected to regularly participate in it?
This poses a number of questions: what is it about our current system that people don’t like, and is this why they wouldn’t turn out to vote? Would people rather AV? If the recent referendum is anything to go by then no, they don’t (although those who know me will know I have a number of less-than-amiable views on the conduct of that particular referendum).
20% stated that they were ‘absolutely certain not to vote’, up 10% from 2011. Is this also due to dissatisfaction with the system, or another reason? We’d appreciate your views.

I’m sure we all remember the Police and Crime Commissioner elections (although, having said that, a lot of us probably don’t), one of the most hilarious and yet also saddening electoral disasters in recent history. The elections for the much-vaunted posts of new PCCs got astonishingly little play in the national media, and aside from the fact that no-one really knew about the elections, one of the more overarching themes was that no-one really cared about the elections. The idea was to bring in elected representatives to the police force, to grant it more legitimacy. A number of issues arise here: why does a professional organisation need external, non-expert representatives with vested political interests telling it what to do, and how does a voter turnout of around 15% give anyone an elected mandate or legitimacy? Answers? They don’t, and it doesn’t. Indeed, at one polling station in Newport, a grand total of 0 people turned up to vote; this is particularly embarrassing for the Conservative party, for whom PCCs are their flagship crime policy. Was this poor turnout due to voter apathy, voter misinformation, or voter dissatisfaction? If you were eligible to vote in the PCC elections, send us a response explaining why you did, or more likely didn’t, vote.

A lot of the Hansard Society Political Engagement Audit focuses on political knowledge – how much people understand about the British political system. 42% of people surveyed said they were interested in politics (which seems a woefully small amount when one considers that in order for politics to work properly then everyone needs to be interested in it), and 42% of people stated that they felt they were ‘knowledgeable’ about Parliament. This figure is made all the more worrisome as the audit goes on; only 22% of people can name their local MP, which suggests that these ‘knowledgeable’ people are not quite as well-informed as they’d like to think. This is disastrous (although it is satisfying to note that people in the North West scored highest here, on 33% [still a paltry figure] whereas people in London scored a pathetic 13%). The report goes on to detail peoples’ satisfaction with the performance of their MP, but it could be argued that these figures, seeing as only 6% answered ‘don’t know’ to how satisfied they were with their local MP, are a bit redundant if the vast majority of the respondents have no idea who their MP actually is.

This reveals a number of issues still plaguing our politics. Do people vote for a particular party for the sake of voting for that party, or do they vote for who most convinces them at each individual election? Do people even care about the results? Seeing as the vast majority of constituencies at the 2010 election had over 22% voter turnout, one would expect these voters to know, or care, who actually won their local vote. Is voting a knee-jerk reaction that some people feel obliged to do without really taking an interest? If so, that sets a very dangerous marker for politics in this country, if people are not thinking as seriously as they should when voting.

Vote for policies is a social enterprise trying to change how people vote. Clearly they are of the opinion that no, people don’t think seriously enough about who and what they vote for. There is an interesting survey on their website, voteforpolicies.org, which presents takers with 6 different policies, all from the 2010 election manifestos, on a variety of political issues, but does not reveal the name of the party to which each policy belongs. Their website shows the current results, as the test is still open to anyone who wants to take it. Given that the policies they show have not changed since the 2010 election, one would expect the Conservatives to be on top, closely followed by Labour and the Liberal Democrats. The difference in expectation and reality is staggering.

Admittedly, the number of votes cast comes nowhere near the number that voted in the general election; about 29.7m people voted in the election, whereas only 338,762 (at the time of writing) votes have been made on vote for policies. It may be taken into consideration that the type of people to find and vote on the website are the kind of people who are interested in politics, which may provide an unrepresentative picture of how people should have voted in 2010 if they had only considered policies, rather than people, and given no weight to the fact that a policy belonged to a particular party (that said, guessing which party some of the policies belonged to wasn’t particularly difficult in some cases – vote for policies state that they kept the tone of each policy the same by directly copying from party websites and manifestos, simply editing to remove reference to their names). That said, the results are still interesting when you look at how the election actually panned out.

The votes for each party were counted by determining, after taking each survey, which party a person voted for the most in terms of numbers of policies. With 24.3% of people voting mostly for them, the Green Party, which currently holds 1 seat in Parliament, wins, followed by Labour with 20.33% of the votes, followed by the Liberal Democrats on 17.43%. In 4th place came the Conservatives, the actual winners of the election (although let’s not forget that no majority was won in 2010, and if this vote is representative then there shouldn’t have been), with 15.25% – less than half of the percentage of the vote they won at the election. From there the results are a little bit more recognisable, with UKIP finishing 5th and the BNP in 6th, these 6 parties being the only ones included. What is concerning about the UKIP and BNP figures (particularly the BNP) ones is that UKIP polled 12.25% of the votes, and the BNP won 10.45% of the whole thing. That in itself is a terrifying statistic – made even more so when you add the two together… UKIP and the BNP combined polled 22.7%, which places their Daily Mail Coalition (as I can only assume they’d be called) in a comfortable 2nd place. This is disturbing.

The results are also broken down by policy – the Conservatives only secured the most votes on their ‘Europe’ policy (particularly topical at the moment), with the other policy wins split between the Green Party, Labour, and the Liberal Democrats. The Lib Dems win out in ‘Democracy’, despite then losing the AV referendum (grr) and the only two policies that Labour won on were ‘Immigration’ and ‘Welfare’, which are perhaps the two most controversial and heavily-criticised policies they have, at least these days. The well-intentioned voters, of course, voted for the Greens on the ‘Environment’ issue.

So what does this all tell us? Well, first off it tells us that people do seriously need to start rethinking why they’d vote the way they’d vote. Is it for policies, or is it for personalities? In all honesty, which would we rather? One cannot completely discount personality, as vote for policies would have us do – that would be incredibly naïve; just think how many people would trust Nick Clegg to actually deliver the policies that he promises? Taking an educated guess, I’d say somewhere between ‘0’ and ‘no-one’.

At very least, I urge all you readers out there to go on the website and see how your constituency voted, which is another way you can examine the results, and compare them to who actually represents your constituency. There are 443 completed surveys from my constituency, which in the election voted Liberal Democrat, and yet that party comes third. Labour actually wins the day, but only by 0.3% did they best the Green party. Thankfully, the BNP are losing – but with 12.14%, they did better than the national average, which is more than a little concerning.
All things considered, people seem to care less now than they have done for a long time about politics. Something needs to change, or we’ll all be worse for it.