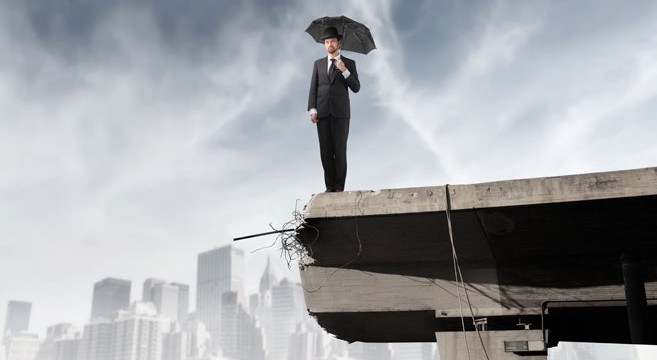 What Next for Labour?

It goes without saying that we live in very different times to when the Labour Party was founded in the late 1800s, or indeed to when Clause IV was rewritten in 1997. Britain needs new politics for a new generation. With prevailing economic fragility, social division and broad uncertainty, Labour need to make their case as the party that can offer real hope in time for the next election. In light of this, I’ve set out my five-point plan for success in 2015.

1. GET OFF THE BANDWAGON
For most of us, Ed Miliband’s restructure of party funding came as a breath of fresh air. We think it’s logical that people who want to be part of the Labour Party should, but should not have to contribute by default through a union, leaving decision making powers in the hands of union barons (I mean bosses) such as Len McCluskey. One question, however, is still yet to be answered: why did it take the Falkirk crisis for Ed to realise that this change was necessary? A criticism I’ve heard of Miliband is that he is a good opposition leader, but is not fit to be Prime Minister. If he is only capable of jumping on the bandwagon, instead of thinking for himself, then the critics may be right. Another problem is the tit-for-tat squabbling that happens across the House of Commons on a Wednesday afternoon. Ed needs to lead the way in ending Cameron’s Punch and Judy politics once and for all, and embracing instead the big issues facing British people today.

2. BE PRO-ACTIVE
Andy Burnham’s proposal to integrate social care into the NHS is a step in the right direction. For too long, Labour have slated Tory policies as being damaging, unjust and poorly thought through – all of which are valid criticisms, by the way – without offering alternative solutions. They seem to be hiding in the shadows, waiting for the right moment to reveal the killer policy that will win the next election. What Burnham did was confronted a major issue – the lack of availability of social care – and offered Labour’s solution. He came out into the open, prepared to be scrutinised, and gave their reaction to a shortfall in the system. Ed has also shown promising signs, with talk of a 10p Tax Rate and a Mansion Tax, as well as a promise to repeal the Bedroom Tax, but there is more to be done. To be sure of victory in 2015, Labour must be brave enough to talk with confidence about the principles behind their policies, and flexible enough to adapt such policies to the economic climate nearer the time. Tony Blair was prepared to change the entire constitution of the party because he believed it was the way forward – similar guts will be an admirable quality in Ed Miliband.

3. GO LOCAL
A major problem facing our country, particularly young people, is de-alignment and disillusionment among voters. All that most people see of our political system is several hundred glorified bureaucrats, arrogant or uninterested, arguing amongst themselves, seemingly immune from the often harsh reality of life outside of the Westminster bubble. This should not and does not have to be the case. The Labour MP for East Ham, Stephen Timms, has the highest majority in Parliament. He was also recently revealed as having spent the longest amount of time with his constituents – in surgeries and other meetings – of any MP. He and his staff work tirelessly for the people of East Ham. People tend to like it when their MPs are focusing on issues that matter to them instead of being groomed by whips and corporate fat cats to vote a certain way. Labour needs to reconnect with its core voter base – and indeed extend this existing base – by making politics far more relevant. The party has its very deepest roots lodged in the tradition of community organising, and many MPs – such as Stella Creasey with her loan sharking campaign – are continuing this with fantastic results for Labour and for the individuals helped by such campaigns. The Labour Party must be a living, breathing organism, working to effect real change in local communities.

4. GO GLOBAL
As well as local responsibilities, Labour has always tended to recognise that we have a wider obligation to our international neighbours. This isn’t necessary solely from a security perspective, where I could reference Blair’s (successful and unsuccessful) interventions in Kosovo, Sierra Leone, Iraq and Afghanistan, but also from deeper humanitarian motivations. For example, it is estimated that there are 27 million slaves on the earth today – more than at any time in history, and that many of these are children. Policy to confront this kind of inexcusable abuse must extend across borders. Labour must not only ”talk the talk”, but ”walk the walk”, working with charities and NGOs to formulate a strong framework to deal with human trafficking, wherever in the world it may occur. A Labour government must not act overseas only when British safety is at risk, but when any member of the world community is experiencing oppression.

5. CONFRONT THE PAST
The party shouldn’t be afraid to admit where it has got things wrong – the public admires honesty. Excessive deregulation of the banks during the Blair/Brown era undoubtedly contributed towards creating the criminally greedy culture that we see in the City today. The invasion of Iraq probably made things worse, not better. Abuse of the welfare and immigration systems was allowed to occur in some cases under the last Labour government. But these facts don’t write Labour off as the best alternative to the coalition at the next election. In fact, they could strengthen their claim to Government. If Labour channel their experiences of failure in certain areas, and combine it with their sound principles and their willingness to innovate for a new generation, then they will be a formidable force come 2015.