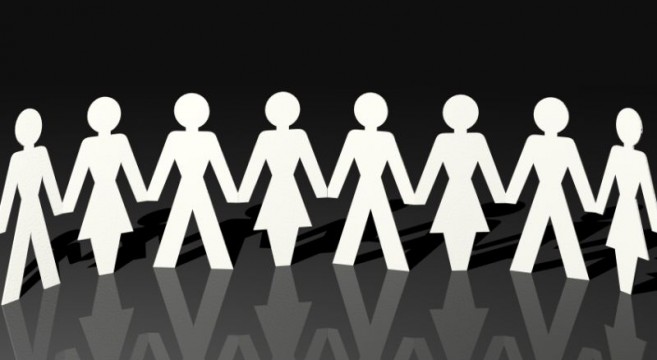 Feminists were once considered to be pioneers of women’s rights; in our society today they are seen as radical individuals, staging elaborate and somewhat controversial protests against what they see as masculine oppression. Not only is this interpretation wrong, but it belittles the everyday battles women worldwide face in order to gain the right to work, vote and have a quality education. Whilst European feminists run topless onto a catwalk during Paris Fashion Week to protest against the over-sexualisation of women, in Afghanistan girls are targeted for attending school. Feminism can take many forms, and before condemning the movement as a whole, one has to understand that before anything else feminism is a movement for equality.

Living in the UK, where women can vote, own their own house, have a job, and walk freely unaccompanied through the streets, it is easy to claim that we live in non-discriminatory society. Indeed, where legislation exists, it often favours women. When a child is born in the UK its mother is entitled to 39 weeks of maternity pay, whereas its father is only legally entitled to two weeks of paternity leave. This is clearly unjust and a great many concerns have been raised, but the sexism experienced by men does not counteract that experienced by women. Sexism should not exist, be it against males or females. By definition, feminism should not impair gender equality, and movements that try to do so are not true to the cause.

Nevertheless, the society we live in is far from equal, and more often than not it is women that fare the worst. Women are underrepresented in almost every area of leadership. With only 19% of FSTE 100 directors being female and, as of the 2010 general election, only 22.6% of MPs being female, it is fairly obvious that there is a ‘glass ceiling’ preventing women from attaining the most influential positions in society. We are governed by men, men who are not representative of the population- not just because of their gender but because of their ethnicities and religious beliefs as well. Numerous groups are simply not represented in higher level jobs and in parliament itself. Discrimination is a challenge faced by people of all minorities. Feminism is movement trying to tackle just one type of discrimination. Why then, do people oppose it with such vigour?

The one industry women have an equal representation in is the music and television industry. Even here, when equality has been achieved in numbers, it has not been achieved in reality. Just recently, Charlotte Church claimed she was “pressurised” into wearing revealing outfits in videos by male executives when she was 19 or 20. Can we honestly say we are surprised by this revelation? We are accustomed to seeing scantily-dressed females alongside fully dressed males on a daily basis, not only in music videos, but in TV programmes, adverts, and films. No magazine features overly-sexualised males in the way females are presented in the various ‘lads mags’ that are available from most supermarkets and local shops alike. Whilst in theory women are equal, in reality the portrayal of women in the media is far more degrading than that of men. We live in a patriarchal society; only women are oppressed by the media and by employers, not through violent intimidation and sexist legislation. Does this really make the cause any less just?

Regardless of the obvious inequality in society, the actions of groups such as FEMEN, who organised the protest at Paris Fashion Week, do very little to aid the cause of feminism. Such groups merely oppose women taking roles that they do not approve of- thereby acting to restrict a woman’s freedom to choose to act that way. However, the opinion and actions of a radical minority should not condemn the cause as a whole. Those who oppose feminism on the grounds it is a movement whose actions are disproportionate to the issue as a whole fail to see the importance of the work of groups such as UK Feminista that support people who wish to campaign for a world where women and men are equal. Movements such as UK Feminista should not be condemned on account of the actions of others – a minority should not be able to alter the perception of the movement as a whole.

For years, popular opinion of feminism has focused upon these extreme actions, with the validity of the cause and more moderate actions being disregarded. The meaning of feminism as a movement in favour of gender equality must not be lost. People who oppose feminism must decide whether they truly oppose equality or not.

Millie Dyos-Szolkowska is an upper-sixth student at Loreto Grammar School, and is the UK Youth Parliament representative for Trafford. Millie cites Kofi Annan and Ban Ki-Moon as her inspirations. She is a supporter of gender equality and young people in politics.