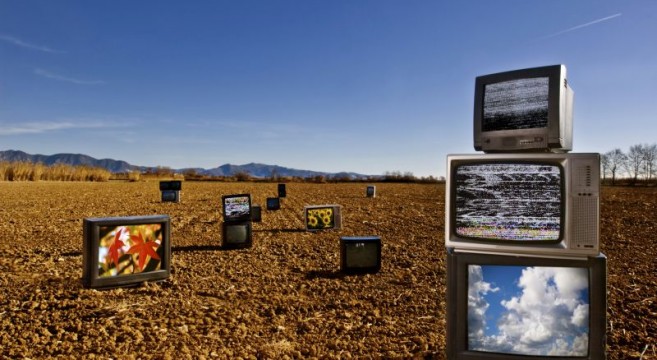 There is a certain riddle of our times.  We have been lulled into a self-obsessed culture-hypnosis in which we are obsessed with everything but ourselves:

Down Tottenham Court Road Daniel Radcliffe pipes up an unparalleled performance in Martin McDonagh’s perilously hilarious Cripple of Inishmaan; on Westminster Road John Simm and Simon Russell Beale bring stand out presentations in Pinter’s Hot House; in the Fortune Theatre the sensational two-man cast of The Woman In Black still terrifies screaming stands after 25 years of steaming success – yet where is the world to watch as history is unfurled? …

The world wrestles its gargantuan hands in rustling popcorn cans as popcorn flicks muscle their way through two lost hours of punch ups, space ships and formulaic chase scripts.  Hollywood smirks as people pay ten pound a pop to watch their never-before-seen-save-every-single-year sickeningly successful successive behemoths spew bile and blood and sluggish floods of superficial digitally fashioned exhibitions.  The pinnacle of technological progression has culminated in this orgy of deflated trash as Californian coffers erect impulsively as we convulsively continue to worship CGI and wasted time.  We’re fucked then sucked of every speck and fleck of wealth, and yet bone-idle we sit and stare and nod and bit by bit we hone this mutilation of ourselves.

On the screen films like After Earth and Oblivion seem almost to smile at our naivety; the audience sits, insulted, as the stories soak in their own shit and filth.

Where did Sci-fi go? What happened to Blade Runner? the visionary spectacle, the sensuous and luxurious composition, the art…

Let us recognise that Hollywood, however, is not to blame for this shameful spiral, this hot decline.  Hollywood wins!  They’ve made and we’ve paid; slick advertising and big names are enough for us to surrender will and now until we can regain our consciousness and flee this cycle we are liable to suffer indefinite slavery to this recipe of money.  Their neat and tidy win-win constitution will cripple our status as cultured people in a cultured state in a cultured age.

But this we have all heard before.  American Capitalism is no stranger to European discourse and only a fool would call it bad or evil; money will always be the weapon of efficiency in this world, and no number of wet flower liberals will change that.  Hollywood wins.

However, my interest is in the future. Will a sudden explosion of epiphanic realisation pierce our hypnosis and shatter our dense illusion of contentment?  Will we leap from these cushioned thrones and fiercely reject the junk we see before us on the screens?  Will we vow to never again be shackled and enslaved by this grotesque machine?  I think not.

There is one West End; there is an ODEON on every corner.  There is a screen in every room of every house of every town of every city in the country.  You can click pause; you can click replay; you can download; you can download for free; we control it; it waits for us; it’s easy.  We’re told to love it and we do.  Funny that.  Dance monkey Dance.