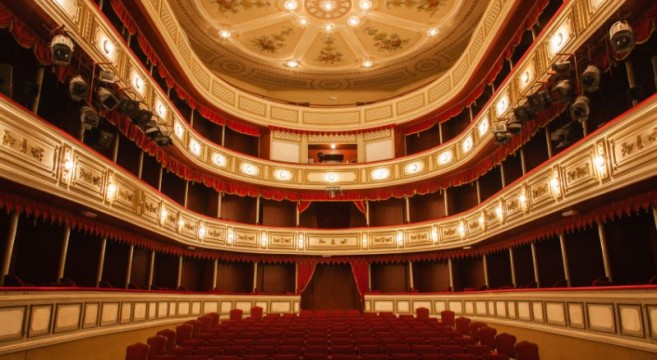 William Shakespeare may have been ever so slightly biased, when purporting that “all the world’s a stage”, but the relevance of this statement has not diminished in meaning in the four hundred years since it was written. However, theatre today has developed an image problem: being the preserve of the moneyed cognoscenti, rather than the everyman’s (or everywoman’s) choice form of entertainment, as it was in the Bard’s time.

Nowadays, the theatre as an artistic medium is in decline. The reasons for this seem fairly obvious, when we look at the alternative forms of entertainment, such as film or television, which are easier to watch from home (assuming we don’t have our own theatre companies) thanks to the recent development in online media services. Not only are television programmes and films more convenient nowadays, but also they are certainly cheaper- with companies such as Netflix offering these services for £5.99 per month, whereas a prestigious theatre such as the Royal Exchange in Manchester offers seats from £10-£36. Why? Well, due to the economic climate, theatres such as the Stephen Joseph theatre in Scarborough have reported a cut of 18% to their subsidy, which will of course have to be picked up by the theatregoer in turn.

Another criticism held against theatre is that it is an archaic form of entertainment, and with a large proportion of a theatre season’s repertory being comprised of plays that predate film, it is often claimed to have little relevance in today’s world. This is a criticism that does not satisfy the very premise on which it is based: theatre deals with themes, common to all art forms, be it love, death, or betrayal; which are all undeniably important today.

How then, do we entice younger people to go to the theatre? Well, obviously, even at £10, theatre is immediately placed in what most jobless youths would term “bit of a rip”, so to counter this, the establishing of some form of reduction in ticket price for under-18s, which, surprisingly, stands hitherto unsupported by a vast number of theatre companies. Perhaps this is too idealistic a solution; as previously mentioned, companies are struggling under the strain of reduced funding, so then the cost of subsidising young people’s tickets would have to be paid for by the adult theatregoer… Is that such an irreconcilable solution? Isn’t the adult theatregoer likely to be the bourgeois, affluent type, who would frequent the theatre, regardless of an increase in their ticket price?