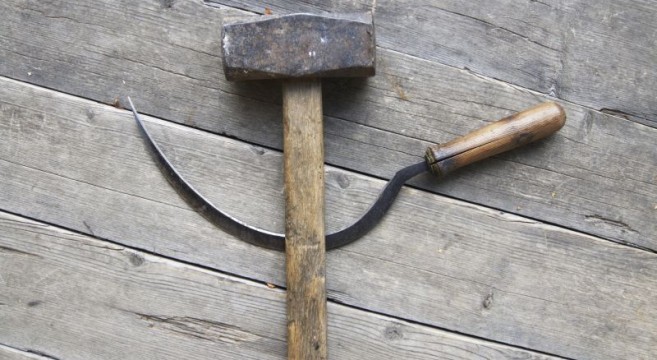 The Thatcherite Revolution of 1979-1990 saw the demolition of the cross-party consensus that had sustained the focuses of British politics since 1945. Keynesianism, sentinel of the British worker, was cast aside, making way for the ruthless creed of Monetarism; Collectivism was demonised as a crypto-Soviet constrictor of freedom, and Individualism deified (the pivotal value of the former in defeating Fascism and rebuilding post-War Britain conveniently forgotten); backward social values underpinning deference to unearned authority were trumpeted where Home Secretaries from Butler to Jenkins had constructed a golden state of cultural tolerance through the 1950s and 1960s; and an outright confrontational foreign policy was adopted towards Britain’s ‘enemies’ after decades of deliberate conciliation while the ‘Special Relationship’ was degraded into unashamed subservience to Washington following promising signs of growing UK independence from America through the 1970s.

All of this devastation was the result of Thatcher’s bulldoggishness with little regard for how few people shared her Darwinian convictions. These dismal tenets of pro-Americanism, Monetarism & Individualism now form the fabric of the nation’s political establishment, through the painfully ironic creation of a cross-party consensus comprised of the policies of the Ice Queen of ‘Conviction Politics’. It can be said, depending on which of the many historical interpretations selected, this new post-Thatcher political landscape was embedded by her first election in 1979, Labour’s 1983 defeat, New Labour’s refusal to reverse any of her flagship policies from 1997 or even Harold Wilson’s decision not to devalue the pound in 1964, but for the purpose of this article, the fact it happened and the consensus holds strong today is all that matters.

The subsequent political situation in which Britain now finds itself has extensive implications for both Socialism and youth that lay the groundwork for a revolutionary coalition undreamt of in Britain since Marx and Engels themselves walked our streets.

True Socialism, the Socialism of Common Ownership, Equality of Outcome and Social Justice, has lost its seat at the top table. This Socialism, the Socialism of Bevan, Crosland and Foot, has been gradually edged out of its channel in the Westminster mainstream by the neo-revisionist hacks, from Kinnock to Miliband, at the head of the Labour Party, which for 9 decades has been the postern gate through which the moral ideology infiltrated the social apathy and ruthless pragmatism of a Liberal-Conservative establishment. The hollow claims of New Labour and now One Nation Labour’s leaders to be Socialists are nothing more than a rich insult to the creed. It is quite frankly laughable that all the 2010 contenders to succeed Gordon Brown: Ed Miliband, David Miliband, Ed Balls, Dianne Abbot and Andy Burnham, declared themselves socialists, yet, looking upon an overwhelmingly free market economy with abhorrent levels of economic inequality not one of them mentioned nationalisation or wealth redistribution.

Every section of the left, from moderate to extremist are left thoroughly bamboozled by this situation. It is clear then, that the modern Labour leadership has either completely confused Socialism with Liberal Democracy or is now populated entirely by impulsive, opportunistic liars, willing to defile their party’s ideological soul for self-furtherance. But this deceptive rhetoric oozing from the Labour frontbench cannot trick even the most apathetic observer of politics, so hollow are its words, it is obvious that Socialism has been ostracised from the considerations of power in Britain, leaving all consequential parliamentary debate a ‘battle’ between marginally distinct strands of Liberalism.

This is not to say true Socialism has been extinguished from the Labour Party, though its outward mention has been suppressed by a party administration increasingly submissive to the neo-liberal consensus that has come to attribute the ideology with a level of extremism comparable to that it possesses in the United States. From living legends who fought to repel the New Right invasion through the 1970s and 1980s like Dennis Skinner & Tony Benn to the reliably leftist Scots such as Michael McCann who only today issued a stern condemnation of the Coalition’s spontaneous plan to privatise Royal Mail in the Commons, to individual members like myself, who long for Labour to be that party again, Socialism continues to bubble up from the inner core of the Labour Party, bombarding the treacherous crust like a lava plume.

This perseverance of Socialism within the broad church of the British Labour Party despite the treachery of its elitist government reflects a still broader truth; Socialism endures through times of political dormancy, ascendancy and volatility and does endure in Britain, regardless of the disconnected pretensions and canons of the Westminster establishment.

Socialism in Britain, then, for the first time since the 19th century is now wholly detached from the Parliamentary politics of the Bourgeois State; well and truly separate from the mechanisms of power in our capitalist system. Does this weaken Socialism, by destroying its power of political reform and its governmental influence? No, it does not. It provides the conditions for Socialists to remember the futility of Fabian gradualism, to recall the true nature of the State-a weapon of the ruling class, the comrade of capital. Just as a flamethrower cannot be used to make ice cubes from water so the Bourgeois State cannot be used to make Socialist our society.

So long as capitalism endures in Britain, Socialism must exist entirely beyond the confines of the institutional mechanisms that uphold it, above all the Westminster party political system that for over a century has been allowed to alienate Socialism from its revolutionary nature. The ideology of opposition to the current system, the ideology of revolution, cannot advance from within the very system it seeks to overthrow, its participation is fundamentally counter-productive. So, now that it has once more been thrown from the battlements by Thatcher and her ilk, perhaps we socialists shall be shocked, after decades languishing in apathetic reformism, back onto the one true highway to Socialism, away from the shadowy dead end of gradualism: Revolution. After all, it is easy to forget your enemy’s identity while walking through his court, showered with intellectual sympathy and deceptively hollow concessions, but looking on from beyond the moat of his fortress, your mission is unmistakeable. Anti-System ideologies, therefore, require separation from the antagonistic system to triumph. Socialism is undeniably beyond the walls now, and so can once again come to see with lucid clarity the permanent antagonism of capitalism to its cause and the road to its destruction. We Socialists can now, in our exclusion from the system, identify our one true enemy, and the one viable means of defeating it.

As in the early 1800s, the preconditions for Socialist revolution are established, and Capitalism has no concessions short of its soul left to give the ‘have nots’ to assuage their inevitable discontent. We have universal suffrage, trade unions and less absolute poverty but still Socialism endures. The hour draws near when capitalism shall have to face up to its innate economic contradictions; its reliance on exploitation and inequality, and at this time, it shall realise even its irreducible minimum is indefensible against the Socialist revolution that shall once and for all drive this vile social system into oblivion and bring about the final stage in humanity’s prehistory, ushering in an age of absolute human fulfilment.

Of course, this revolution shall need its revolutionaries. It is the nature of the revolution to draw from the ruled class(es), victimised by the system for its armies…

Pete Morgan is an upper-sixth student at Altrincham Grammar School for Boys. He is impatiently waiting for a global socialist revolution.