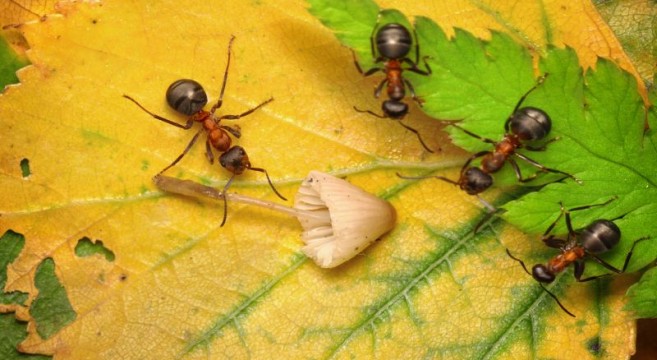 The Energy Debate: Where Next for Britain?

Britain is a nation in need of transition. The current energy sources that it relies on are both expensive and unsustainable. 35% of Britain’s energy mix is made up of natural gas, a resource that is in decline. Britain’s domestic supply of gas has historically been in the North Sea, and we first started properly utilising the resource in the 1980s, using it ever since; but the dwindling volume of gas left to extract has sparked concern over the future of the energy source’s usage in Britain. The other substantial contributor to the energy mix is oil. Making up approximately 30% of the UK’s energy mix, the so called ‘black gold’ has been the backbone of British society in past decades; yet dependency on unreliable countries and increasing prices has raised question marks over its long-term future in the energy mix.

So what needs to be done to sort out Britain’s energy crisis? Undeniably Britain needs to move away from the fossil fuels that have dominated its economy over the last six decades. Many in the past have pointed to sustainable, renewable or ‘green’ sources of energy.

Nuclear energy has been the core of much heated debate over recent years, for both positive and negative reasons. The benefits of nuclear energy have never been doubted: an efficient and sustainable energy source that is powered by a fuel that isn’t likely to run out any time soon. Without diving deeper into the benefits, it has always been the drawbacks that have attracted the most debate. There is an uncertainty about the disposal of nuclear waste, which doesn’t diminish at any rate near that which it is produced, and the current solution of disposal does not seem to satisfy the critics. Secondly, the stigma that many associate with nuclear power is that there is always a chance of a meltdown or similar disaster. Recent events such as the 2011 earthquake in Japan, that caused a tidal wave to cover its South-East coast, in turn leaving the Fukushima Daiichi power station with three reactor meltdowns, have drawn even more criticism. Moreover, the incident in Chernobyl still features in the media even today, giving the impression that nuclear power remains unsafe. The third, and perhaps the most significant, obstacle is often the power station itself. Primarily, the build time is between 5 and 7 years for a large unit, no one wants it built near them (explored in NIMBYism article) and the lifespan is not considered to be long enough relative to the expense.

Nuclear is a power source that many countries have explored, the UK included, currently boasting a 9% share in its energy mix. Germany looked to be at the forefront of the development of nuclear energy; however the Fukushima incident caused German Chancellor Angela Merkel to take a U-turn and completely decommission their nuclear programme, which will be completed by 2022. France seems to have administered the opposite view, deciding to push on with their advance in nuclear. Currently 40% of France’s energy mix is sourced by nuclear power, and they have seemingly reaped the benefits. Hundreds of towns have seen employment and prosperity as the French produce all almost all their nuclear energy domestically. So nuclear energy seems like a viable option at present, but the debate remains over its long-term future.

Britain seems to have ventured towards the extraction of shale gas. Hydraulic fracturing (or ‘fracking’) is the process of fracturing rock by pressurised liquid to acquire the resource within (shale gas in Britain’s case). Shale gas as a source of energy isn’t popular, but it’s not unproven. Since the 1970s it has been employed in United States, starting with the 1976 Eastern Gas Shales Project. Undoubtedly it has brought economic benefits. The region has employed thousands to work on fracking sites and has made the US a more energy-independent state. However, a series of issues have been raised concerning the safety of the practice. The air emissions, polluted water and potential radioactivity are problems outweighed by the increased seismicity in the mining areas. In 2011 there were 134 earthquakes greater than a magnitude of 3.0 in the area spanning Alabama and Montana directly linked with fracking and the fluid disposal wells. Youngstown, Ohio alone suffered from several earthquakes in the same year, including a 4.0 quake on New Year’s Eve. Nevertheless these issues have been dismissed by pro-shale gas campaigners, who claim it’s the bad management of the energy rather than the extraction itself, with Professor Richard Davies of Durham Energy Institute citing that “It is extremely unlikely that any of us will ever be able to feel an earthquake caused by fracking.” The statistics have been published in the Journal of Marine and Petroleum Geology, and the reaction of the George Osborne was to set a 30% tax rate for onshore shale gas production. That is still lower than the 62% for new North Sea oil operations and up to 81% for older offshore fields, but the incentive has been met with widespread unrest within environmental groups. Protesters have gathered in Barton Moss to rally against the development but the government seems rather set on going ahead with it. As far as I’m concerned fracking should be no more than a transition to a more self-sufficient Britain. I agree that domestically producing energy is the way forward but unsustainable, non-renewable energy sources are certainly not the long-term solution that Britain should be looking for.

The real question remains about renewable sources of energy, something Britain has never seriously considered. In terms of its international peers, the UK only needs to look across the North Sea to find a role model: the Scandinavians. Fabled for their sustainability, these nations have earned their reputation by adopting renewable energy sources and growing green industries. Leading the pack has been Denmark. Renewable energy currently attributes to 20% of the Danish energy mix, and shows no signs of slowing as by 2020 they aim for it to climb to 50%, whilst by 2025 Copenhagen aims to be the world’s first carbon-neutral capital worldwide. The common misconception about Denmark is that it is a nation filled with environmentalists whereas, in reality, Danes are far more pragmatic than idealistic, a view shared by Søren Hermansen (Director of the Samsø Energy Academy) who claims that “we’re not hippies”. During the Oil Crisis in 1973, Denmark was denied the resource it was most reliant on. This led to many cutbacks and reservations in the use of oil, as Jan Gehl (an urban development architect) remembers: “We started to have car-free days. Not because of a love of mankind, but because of a lack of petroleum.” Following the crisis, this solution was built upon with a more long-term view in mind, as the country never wanted to be in the same situation again; so the aim to use far more domestically-produced and sustainable energy sources was established. As soon as the country’s wind potential had been established, the country set to work on the new project. In 1998 10 offshore and 11 on-land wind farms were installed at Samsø (which is technically carbon-negative with a net output of -15000 tons of CO2) and today there are currently 6000 wind farms (nearly double the number In Britain, despite being half the size). However the only reason that the project was successful was due to the cooperation of the Danish people and their trust in the scheme as 75% of wind farms are cooperatively owned by around 150000 Danes. Enrik Andersen invested £6000 of his own savings in cooperative turbines in Samsø, six years later he had made his money back and every year turns a healthy profit. The Danish people are now benefitting from a decision made decades ago, a truly successful long-term plan.

So is this where Britain and Denmark differ? One moment in history decided the future of Danish energy (1973 Oil Crisis) yet Edward Heath’s government in Britain was too busy at war with the trade unions to look for a solution to a problem that would trouble the nation for years to come. Yet can this all be pinned on Heath? It seems harsh on a man who was fighting a losing battle to keep in control of the state he was apparently in charge of. Domestic issues at the time took precedence over what appeared to be someone else’s problem. Perhaps this is what is different between Britain and everywhere else; governments have always looked to short-term answers to immediate issues to get their party re-elected for another five years whereas other nations act upon the interests of their country and the people they represent. Surely however this is not just the case in Britain, all democratic nations have one eye on the next election – so what is it that Britain can’t do that others can?

The answer is simple: be ambitious. The conservative nature of Britain has held the country back for over half a century. In the 60s and 70s Britain was never bold enough to modernise, in 1951 Britain was not bold enough to join the ECSC and in 1973 Britain was not bold enough to do anything about, what has now become, the energy crisis in Britain. Evidence shows that conservatism is ingrained in British business, where corporations and entrepreneurs are lacking the ability to take risk. A prime example of this is RWE’s (Rheinisch-Westfälisches Elektrizitätswerk, the company that owns npower) decision to scrap the Atlantic Array scheme, an initiative to install a wind farm in the Atlantic, in the midst of ‘complications’. Other cases across Europe contrast with Britain. France announced in September 2012 that offshore wind and solar would be subsidised as the government lowered energy bills to ramp up competitiveness.

Clearly there is no perfect role model for Britain to follow, as each nation has had successes and failures; moreover no country has been, is or likely to be in the future, in the exact same situation that Britain finds itself in now. However to move forward Britain needs to take a risk and invest in a long-term initiative to pull the country out of the oil- and gas-dependent state it is currently in, and shale gas should be seen as no more than a stop-gap. Whether this can be achieved by increasing nuclear energy generation or shifting to renewable energy is debatable, but Britain cannot remain in the position it is in now; it is neither environmentally nor economically stable.

So it’s up to the government to set the country onto a path of progression and enter an age of sustainability. Whether the emphasis is on nuclear or renewable, the energy mix will need to be varied going forward, relieving dependencies and ensuring transition is gradual. All things considered, whichever way forward Britain chooses to go, evidence domestically and internationally proves that the UK should aim for a more sustainable future.

James Sproston is a regular contributor to Lucid Politics.