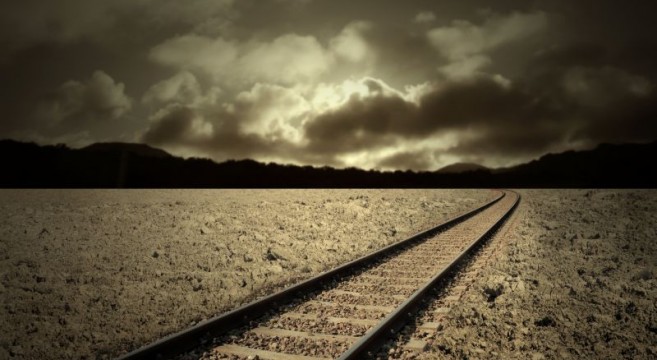 The Conformist’s Adventures in the West

1970, DIRECTOR BERNARDO BERTOLUCCI releases his seminal film, The Conformist. It was a box-office and critical success, marking Bertolucci as an inventive and talented director. The film was nominated for an Academy Award and gained a wide audience internationally. It now stands as one of the most accomplished films in the history of the medium, a measuring stick against which any other film of its niche is gauged and an experience I would recommend to anyone.

The film follows Doctor Marcello Clerici, a weak-willed Italian intellectual living in Mussolini’s Italy, who fears for his safety. He is an atheistic, socialist, latent homosexual; he embodies everything Mussolini despises. So, in the interests of self-preservation, he decides “to gain the impression of normality.” He becomes engaged to a naïve, bourgeois girl, wishing to marry her in a Catholic service, and joins the Italian Political Police. Clerici’s first assignment is to travel to Paris and assassinate his former college lecturer, Professor Quadri. But once there, Clerici must confront his ambivalence, along with the connection he draws between sex and violence, a theme introduced during an arresting sequence from Clerici’s childhood.

The Conformist piquantly realises Fascist Rome, from the imposing, echoing, Bauhaus chambers of the “Ministry” (formerly the OVRA), to the stark, clinical white of a lunatic asylum. And Paris is brought vividly to life with elegant, art deco flair. The visuals are of the best I have ever seen, and despite the film’s 43 year age, they still leaving a searing impression on the audience. This is primarily due to the cinematography, which pulls off shots of an unimaginable complexity with such ease that, for the most part, they are hardly noticed, leaving the audience with a vague feeling of dream-like abnormality, which makes the complex travelling through time to significant events in Clerici’s life easier to accept, even when three different time periods are spliced together to play out simultaneously.

Of course, it helps that Clerici is an interesting protagonist. Desensitised by childhood trauma and a detached, upper-class upbringing, Clerici is an amoral nihilist, deluded into believing himself an untapped genius. He never behaves like the hero he is sold as; he cares for no-one but himself and will do whatever he can to achieve normality. He is a useless spy, being caught out almost immediately, and a useless assassin, awkwardly distancing himself from his assignment in the hope that someone else will take care of it.

Our ‘hero’s’ journey takes us on a whistle-stop tour of fascism, communism, idealism and fatalism. The film explores moral ambiguity and how far people will tolerate an ‘immoral reality’ in an attempt to live out one’s days in peace. We see the effects of sexual violence on a person’s life and the consequences of Fascism on a country’s collective consciousness. Ultimately, The Conformist proves that the film of tension and excitement can also be the film of ideas.

However, 43 years after it’s release, there are few people I meet who have even heard of the film, not to mention seen it. I do hope that, like me when I first read about this film, at least a few of you will now be interested in seeing it. But I think I know why many people aren’t. That’s because it contains one of the most hated elements of cinema in the 21st century, something that, in the minds of many, completely nullifies a film’s attraction. Subtitles. Yes, if you haven’t already guessed, this is an Italian film. Now I expect that this will be marked against the film by many people, but why does it have to be that way? If a film is interesting in English, why can’t it be equally respected if one has to do a little reading?

I have been told that it is the culture of cinema these days that promotes Hollywood blockbusters at the expense of giving these smaller, yet arguably better, films any exposure. But that is not a cause of this decline, in fact quite the opposite. It is the vacuum left by the waning interest in international cinema that has led to Hollywood escapism swelling to the behemoth it has now become. Were more people to discover the legitimacy of foreign language films as both entertainment and art, it is only natural that the industry would respond in kind.

I have also heard that reading subtitles causes the audience to stare at the bottom quarter of the screen for the entire film, missing any action on screen and taking them out of the drama. But who are these people who read at talking speed? It takes a couple of seconds to read one or two lines of subtitles, yet about five or ten seconds to say them and so people aren’t really missing as much as they think they are. Even if this is the case, how can films such as The Passion of the Christ, which is spoken entirely in dead languages, rake in $84,000,000 in its first weekend alone? Because, crucially, they are American produced.

The problem, in my opinion, is lethargy. Before I explain, I do understand that not everyone will share my particular interest in films; I merely wish to address the disdain with which subtitles are held by the mass western audience, which is not to say “all westerners who watch films,” just a significant number of them.

In this day and age, the importance of film has diminished. The cinema used to be a place of excitement and drama, yet we now use it to pass the time, “let’s go watch a movie, that’ll kill a couple of hours.” However, this naturally leads audiences towards films that require as little active engagement as possible, preferring to sit in the dark as voyeurs looking in from outside rather than allowing themselves to be carried along with the film. As a result, the ratio of explosions to lines of dialogue has had to have been altered in favour of the explosions, as big stunts are more overtly visually appealing. On the opposite end of the spectrum, however, are subtitles, which have the double handicap of both requiring the viewer to pay enough attention to read the dialogue and taking their eyes away from the explosions for a precious few seconds.

But now, we, as a culture, are missing out on such a wealth of stories and experiences. I often use the example of Carl Dreyer’s phenomenal film Ordet. A film about religion and the nature of miracles that serves one of the biggest sucker-punch endings I have ever witnessed, one that left me reeling for hours after. However, it’s in Danish, and so I am yet to meet another person who has seen it. I know they exist, but I don’t know them; I can’t talk to them about it and that, to me, is a sad thought. From a medium that thrives on discussion of its output, the directors who still dare to take risks are often rewarded only with an audience who simply won’t put in the effort to see if the risk paid off.

So, if the first half of this article interested you at all, go and find The Conformist, watch it, and then make judgements on its quality as a film, rather than dismissing it on a whim. Who knows, you may even enjoy yourself.

Joe Ryan is an upper-sixth student at Altrincham Grammar School for Boys with an interest in Film and Literature.