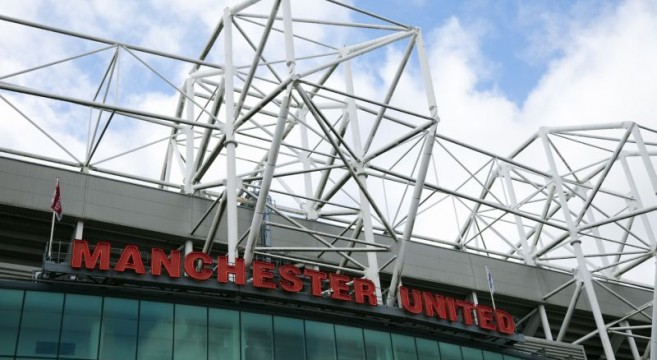 Opinion: The Appointment of Moyes

Old Trafford without Sir Alex Ferguson is obscure to say the least, as well as anxious, not least for the man chosen to fill the monumental gap left by the man widely considered the greatest football manager ever. Manchester’s new Scotsman certainly has something to live up to, but the question on everyone’s lips is if he’s the right man for the job.

Many have suggested that there were better candidates in the form of Jose Mourinho or Jurgen Klopp, however it is surely the least the fans can do to trust old Fergie’s judgement after 27 years at the club. When you look at the previous records of Moyes and Mourinho, with Moyes having won 332 out of 753 (44.09%) competitive games and Mourinho having won 430 out of 635 (67.72%), Mourinho seemed the obvious option. Although presumably the reason for Moyes being the preferred choice is stability, as the other realistic candidate, Jose Mourinho, typically enters clubs, drains their finances, leaves the youth setup in ruins, wins several trophies and leaves; having never stayed at a single club for more than 3 years. This does not for a second mean that the Stretford End will not be expecting trophies, so whoever got the job was always going to be labelled with sky high expectations.

I am yet to speak to someone who is outraged by the appointment of Moyes; the vast majority of fans can see the logic in choosing Dave for the job, however it doesn’t follow that they think he is the best man for the job. Personally, I believe he is absolutely capable of leading United to further success in the further, especially under the guidance of Sir Alex. Be that as it may, I still have a few worries at the back of my mind. Firstly is the fact that he was nicknamed Dithering Dave by Everton fans for his failure to deliver the goods transfer window after transfer window, which he seems to have brought with him judging by the farcical summer transfer season that has recently concluded. We saw him allegedly attempt to sign a string of players: Cesc Fabregas, Leighton Baines and potentially Fabio Coentrao to name just a few. Although players wanting to stay at their current clubs or clubs not wanting to sell are not causes for concern, our embarrassing pursuit of one Ander Herrera was slightly more troubling. The situation was this; after learning of Fabregas’ unavailability, the United camp decided to wait it out and if he didn’t start enough games to remain satisfied, swoop in for his signature. Upon realising that he was going to be an integral part of Barcelona’s mission to regain control of Europe, United moved for what was meant to be the next best thing.

So Dave, partnered by Ed Woodward, the hopeless new chief executive, began their chase of the Bilbao player with less than 24 hours of the window remaining. To say the deal was proving difficult to agree would be an understatement, given that Athletic Bilbao only sign players from the Basque region of Spain. This means their players are somewhat awkward to replace and they are understandably rather unwilling to sell and fought a laborious trial with Bayern Munich over the sale of Javi Martinez last year. The player must submit a transfer request and then he must pay the buyout clause of his contract, with Athletic being able to considerably increase the fee if they choose through many different tax tricks. With the player ready to reduce his wage in order to force through a deal and avoid financial trouble, we agreed a deal in principle with young Ander, promising him we would pay the required fee of €36m. The clubs seemingly nearing an agreement, a group of men, understood to be representatives from Manchester, journeyed to the league headquarters to apparently pay the fee. After being seen leaving shortly after and no deal having been announced, it was assumed that the deal was off.

For hours, nothing new was released by the press until it was rumoured that the ‘United representatives’ were actually imposters, posing as members of the Reds camp and visiting the head of the Spanish league to try and help strike a deal. It was then revealed that this was actually a horrendous cover-up story by United and that they were sent from a Spanish law firm to try and resolve the taxing issues and finalise the deal whilst avoiding an astronomical fee. Eventually we found out that for all the effort, Bilbao were merely overly stubborn, as they were forcing United to pay over the odds for the Spanish U21 and U23 superstar to try and escape losing a player they would have no chance of replacing before the window closed. Confused? Of course you are, much like all Reds fans and this, along with the embarrassment being made public by United, naturally hasn’t filled me with confidence. Ultimately it will go down as a monumental failure on the part of the United staff collectively, including to an extent, the new manager; a man trying to shake off the reputation of failing to deliver in terms of transfers. If this becomes a recurring theme, Old Trafford won’t hesitate to display their opinions on match days, potentially leaving doubt in many people’s minds over his suitability for the role. Let’s hope it’s just a minor blip in a brilliant future and put it down to the fact he has never seen a transfer budget over £5m before so naturally he panicked.

The second issue I have with our new Irn Bru loving gaffer is that he has no previous experience of managing what I consider to be a big club. This may offend Everton fans but the fact of the matter is that he has never managed a Champions League team before, and though this is likely only to be a short-term problem, if he develops a shaky European record, he may fall out of favour with the United faithful very quickly. Linked to this is the worrying reality that he has never won at Anfield and when the time came for Dave to take his United XI there for the first time, they suffered a soul crushing defeat. He described the performance as the best of the season so far and said the lads played well, much to the disgust of many Reds. A good Everton performance and a good United performance are two very different things David, something you must recognise.

I have very much focused on the negatives of the new man so far, but that is not to say there are no positives to his appointment. During his interviews he has endeared himself to the fans; he has said all the right things (bar his classification of good a performance), showed intention in the transfer market and managed to keep hold of our national talisman, one Wayne Rooney. Moyes deserves more credit, firstly in terms of his managerial career as a whole. He gained promotion to what was then Division One with a Preston team facing relegation two years previously. He then managed to reach the Division One playoffs the following season before leaving for Everton the next year, where he consistently kept them above 8th from 2006 onwards. It also needs to be said that for all the abuse he has received for his transfer dealings, we mustn’t overlook that he may have failed to bring in Ander Herrera, but he has finally signed the central midfielder we have been yearning for.

It remains to be seen whether Moyes will be the right man for the job but I have to say from what I have seen so far, excluding his calamitous transfer dealings, which may not have been his fault, I am excited about the future. We drew at home and managed to keep a clean sheet against Chelsea, the favourites to snatch the title this season, and narrowly missed out on gaining a point at Anfield, a place where the great Sir Alex Ferguson only won one of his last five visits. For people to doubt Moyes this early on would be ridiculous and I think the future looks bright, as I predict that after a season settling in to the new surroundings, the Scot will take Fergie’s boys back to where they belong at the top of the Premier League and become a fan favourite on his way there. Here’s to the future eh Dave?