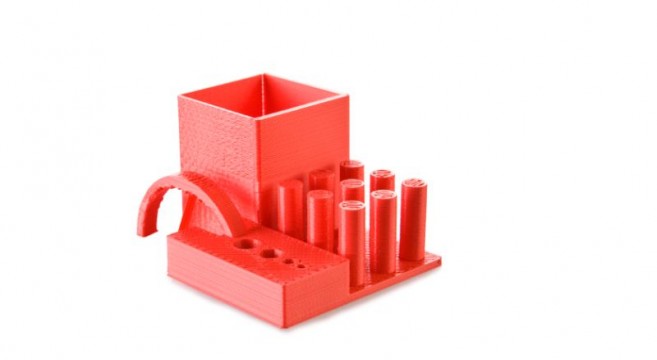 The 21st Century Will Be 3D Printed

In the modern age of touchscreen computers, supersonic vehicles, and smart materials, we are regularly told that a certain new technology is here to change the world. More often than not, we take this with a pinch of salt because the chances are, it just plain won’t (Virtual Reality gaming and the Segway are two examples that spring to mind). But, an increasing number of experts are saying, there is something different about additive manufacturing; 3D printing, to you and me.

Additive manufacturing is a broad term for processes that involve the layer-by-layer deposition or fusing of material to create solid shapes based on 3D CAD files. This differs from conventional industrial techniques, such as milling, turning and moulding, which involve either forcing material into shape or removing excess from a larger piece, and opens up a whole range of new possibilities for complex objects which are simply impossible to produce by any other practical means. Additive manufacturing technology is by no means new (stereolithography, a common process which involves fusing of material using an intense laser beam, was invented by Charles Hull in 1983), but it is only recently that large numbers of people have started to appreciate its potential applications. This dramatic global awakening can largely be attributed to three major factors.

The first of these factors is accessibility. Over the last few years, the cost of the cheapest 3D printer on the market has plummeted from tens of thousands to under $100; the Peachy Printer, marketed by one man from Canada on Kickstarter. It is crowd-funding websites such as this that have facilitated such rapid cost reductions, which are largely down to the work of other small, independent teams as opposed to large industrial powerhouses or university research groups. As more people are able to afford personal 3D printers for their homes, the potential of services such as Thingiverse, an online repository of 3D files that can be sent for printing at the touch of a button, becomes more apparent. In the future, some experts predict, a consumer will be able buy an everyday object such as a coffee mug or mobile phone case on Thingiverse, customise the colour and dimensions, send it to their 3D printer for manufacture, and obtain the final product, all within a couple of hours. For many, the prospect of such an ultra-convenient method of purchasing goods will be extremely appealing.

The second reason why additive manufacturing has recently become a genuine force to be reckoned with is the increasing feasibility for use in industry. As 3D printing with metals and high-strength plastics become more advanced, with higher output quality, several large companies have experimented with implementing it into their production lines. Ford is now using additive manufacturing machines to produce some components for the engines of their test cars, a change which has reportedly cut at least 25% off production time for these components, and which is intended to be eventually rolled out to the mass scale. Ford also believes that in the future, customers will be able to print replacement parts for their vehicles at a local 3D printer within hours of ordering. Even more ambitiously, NASA have conducted extensive research into the additive production of parts fit for space, and have managed to create satellite components capable of withstanding temperatures in excess of 1000 degrees Celsius.

But the most important development that has driven excitement about additive manufacturing is the ever-widening range of materials that can be used to create objects in this way. On top of research into metal printing, which has sparked the industry interest mentioned earlier, great strides have been made in technologies, which allow the automated layered deposition of concrete. This has spawned several projects that aim to produce the world’s first 3D printed building, potentially an extremely fast and cost-effective method of erecting homes, particularly in developing countries where overpopulation is a serious issue.

In a totally different industry, the 3D printing of fabrics is beginning to make an impact upon the world of fashion. Several highly popular recent shows have exhibited items of particularly ostentatious clothing created in this way, and from a more practical perspective, many experts are becoming excited about the prospect of consumers printing their clothes at home, in precisely the correct sizes.

At the smallest end of the physical scale, researchers are looking into the possibility of depositing individual molecules and even atoms, particularly with the aim of developing a reliable method of 3D printing with Graphene. If a system is eventually developed which can use this extremely strong, flexible and highly conductive material, electronic components could be made several orders of magnitude smaller than current technologies, potentially allowing huge increases in computational speeds and energy efficiency.

Finally, and possibly even more remarkably, additive manufacturing of organic material is already taking place. The feasibility of being able to 3D print higher quality, longer life food for astronauts from a concoction of natural proteins and carbohydrates is another major area of research for NASA, and medical experts have set targets that go further into the realm of science fiction. Already, breakthroughs have been made in assembling various types of tissue for transplants, mainly using layers comprising of synthetic hydrogel filled with living cells, and small sections of cartilage and liver tissue, as well as, incredibly, an entire human kidney. Current trends are so promising, some predictions say that in the future, fully functional 3D printed replacement organs as complex as the lungs or heart will be commonplace, thus addressing the huge current issue of finding suitable donors.

Additive manufacturing is undoubtedly a technology that will change the world. By giving individuals greater power to design and fabricate products within their own homes, 3D printers will inspire a generation of innovators and entrepreneurs to devise solutions to some of the most difficult problems of today. The process of additive manufacture itself will also help to create a more sustainable society, with far lower material wastage and several stages cut from the industrial chain of production and supply. And, even more crucially, biomedical objects created by 3D printers will save lives.

So will additive manufacturing live up to the hype? No one can say for sure, but it almost certainly will.

Tom Bewley is a deputy Head-Boy of Altrincham Grammar School for Boys. Tom is interested in emerging technology and engineering.