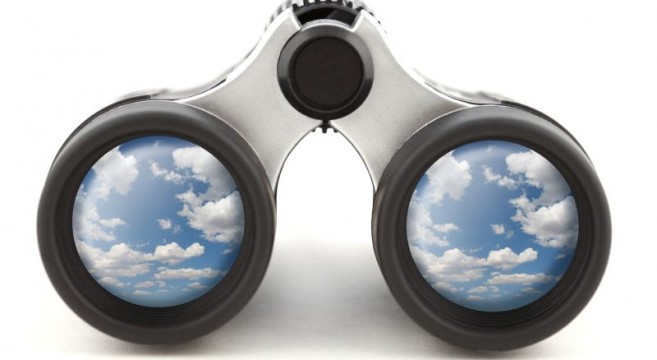 Spotlight on Women’s Football in England

Football is growing. In 1888 it was a game played between twelve teams in England, now it’s a game enjoyed by 265 million players worldwide. Gone are the days of elitism; now are the days of inclusivity, and women are no exception.

The first professional game of women’s football in England was played at Crouch End in London on the 23rd March, 1895, and 74 years later the Women’s Football Association was born. Between 1969 and 2009 the league grew from 12 to 181 teams (top 16 divisions, spanning 6 tiers) and now a new format has been created.

The Women’s Super League (the top tier since 2010) has expanded into two divisions, encompassing 20 teams. The team that benefitted most from this expansion was Manchester City Ladies, being promoted into the first division of the Super league in 2013 (season beginning 2014). Their ambition is unquestionable, signing England internationals Karen Bardsley, Jill Scott, Toni Duggan and Steph Houghton in the close season. City were promoted at the expense of Doncaster Belles, but the Belle’s protests were in vain as their appeals to stay in the division were unsuccessful. To win the division, it will take a lot to displace the seasoned campaigners of Liverpool, Arsenal and Birmingham City. Current holders Liverpool have the momentum. A collection of foreign players including Whitney Engen, Louise Fors, Nicole Rosler and Amanda DaCosta have provided the team with the flair and creativity that has been lacking in the English game. In the midst of controversy in the men’s game, the Super League has seemed to embrace the new imports, with Reds Striker Natasha Dowie claiming “They’ve got a different mentality and it’s quite refreshing really, the American girls are used to winning, even the Swedish girls and German girls, they’re winners, and that’s had a good effect on us English players because at international level we’re not used to that as much.” Arsenal, on the other hand, have something else in their locker: eleven players in their squad are multiple winners of the top division. It is one thing for Liverpool to win the title, it’s another to retain it, especially since the Arsenal elite of Kelly Smith et al will not make it easy for them. Birmingham likewise have a wealth of experience, primarily in England international Karen Carney, however the mix of youth in their setup in the shape of Chelsea Weston, Isobel Christiansen, Jade Moore and Rebecca Spencer may give them the energy they need to get to the season finale in the coveted first position.

As the league’s fixtures are organised between April and October, continental fixtures occur in the off-season over winter. Historically English teams have done relatively well, since the decision to form the UEFA Women’s Champions League in 2001. The WSL has provided Europe with one winner: Arsenal in 2007. Over the past five years, English teams have consistently reached the knock-out rounds, with Arsenal, Birmingham, Bristol Academy and Everton progressing through the group stages. Both Arsenal and Everton have reached the quarter-finals, and only Arsenal going further to reach the semis and final. At the time of writing (Dec 2013), two teams are left in the 2013/14 competition: Arsenal and Birmingham. These two heavyweights are facing each other in the last eight in March 2014, so an English club is guaranteed to be in one of the semi-finals. Very surprisingly, Arsenal won’t be competing in the Champion’s League next year after finishing third in the league behind Birmingham and new champions Liverpool, giving other teams a chance to showcase their talents on the European stage.

Internationally, England have been a team to be reckoned with over the past two decades. Their trophy cabinet includes two world cups in 1985 and 1988, and they have graced the final, semi-final or quarter-final in the last three out of four major tournaments. Last summer’s misery in the European Championships was the big exception, which added to the men’s under-21s failure before the tournament and was compounded by the failure in the men’s under-19 after the event. England emerged from Sweden with a total of 1 point; a tally so low with expectations so high cost coach Hope Powell her job. Her downfall has been attributed to her reluctance to change the ‘old guard’ that have made up her team, leaving out in-form players such as Toni Duggan and Jordan Nobbs from the starting XI and 2013 FA WSL top scorer Natasha Dowie from the squad altogether. Since then, however, a new look England has been scintillating in qualifying for the 2015 World Cup in Canada. They have won four out of four so far, albeit against easier opponents than they would be likely to face in the major tournaments. The outstanding performers have been Toni Duggan and Eniola Aluko, bagging five and four goals respectively, but the whole squad has performed at a high level, scoring twenty and, perhaps more impressively, not conceding any.

The future of women’s football in England remains unclear. The decision to expand the WSL into two divisions shows that the game is expanding the elite group of teams that compete at the top, yet disappointment for the national team in Sweden this summer shows not only that other countries are improving, but more pressingly that England is in need of modernisation. Controversy in the men’s game remains about the presence of foreign players in the Premier League, but I think that performing at the highest level with players with different styles of playing could improve every player within the league. So long as there are a healthy number of players coming through youth set-ups, opportunities remain for young players; there certainly isn’t a dependency on foreign players, so the future of women’s football in England could be a very bright one indeed.

James Sproston is an upper-sixth student and proud Northerner from Cheshire, aspiring to read Geography at university from 2014. He has a passion for renewable energy, with interests in football and Danish culture and politics.