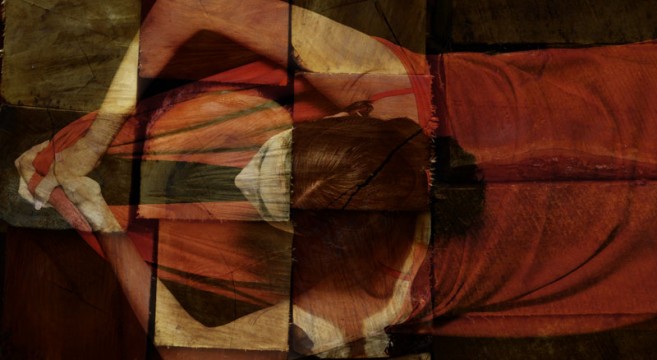 Spotlight on the Bolshoi

February 4th 2013. A man emerges from a Moscow hospital wearing dark lenses and a fine layer of gauze around his face. These are the last remnants of an incident that rocked the entire Russian ballet circuit just three weeks previously – a tragedy more shocking than anything from the stage of the Bolshoi theatre, and a wakeup call to the industry worldwide.

Sergei Filin, artistic director of the world-renowned Bolshoi Ballet, is now in the midst of a legal trial which accuses one of his own dancers of masterminding last January’s attack. Pavel Dmitrichenko, a leading soloist with the company, is said to have orchestrated the plot along with Yury Zarutsky, who actually threw the sulphuric acid at Filin’s face, and that of Andrei Lipatov, the getaway driver. Dmitrichenko admits telling Zarutsky to ‘rough up’ Filin but denies knowledge of the acid. He faces up to 12 years in prison. Anyone still think that ballet is a hoard of skinny girls spinning and leaping vapidly through the air? In Russia, it is no laughing matter and this case serves to crush the sequin-clad stereotype.

Much like the Russian Mafia, classical ballet works hard to cover up its less-glamorous aspects and the preconceived belief that everything in ballet is beautiful serves to divert attention from the uglier truths. Dmitrichenko may have taken one step too far, but his feelings are hardly unusual among dancers. Who from the category of ‘artiste’ can deny having considered at some point in their career, perhaps giving a rival performer a friendly little push down the stairs? Or gently reminding an uncooperative director that sexual harassment allegations – fabricated or not – can have an equally damaging effect on one’s career? I’m not saying that ballet dancers are naturally vindictive, over-ambitious people; but I must question what effect a poisonous environment like ballet school can have on a young person’s psyche.

At institutes such as The Moscow State Academy of Choreography (AKA the Bolshoi Ballet Academy), dancers enter from the tender age of 9 years old into a rigorous regime of stretching, strengthening and dancing from 4-8 hours a day on top of the core academic subjects. They are relentlessly pushed to breaking point by teachers who are only interested in the best; they make no pretence over favouritism. An injury is a sign of weakness; dancers are made to feel at fault despite only ever following instruction in an attempt to secure that golden contract with a prestigious Russian company. Dmitrichenko has previously described how “a theatre falls apart without dictatorship, especially ballet”. Does that sound healthy to you? For these children, their upbringing is entirely devoid of parental guidance and any element of a normal, nurturing family life. Schools such as these operate in an impenetrable ballet bubble that warps the perceptions of the children in their care, teaching them fundamentally that ballet=life and if you can’t land a triple pirouette en dehors finishing in attitude en l’air by the age of 15, you pretty much don’t exist. No wonder so many ballerinas suffer from eating disorders and dangerously low self-esteem.

At risk of excusing his behaviour, I have to wonder if Dmitrichenko should in fact be held absolutely responsible for his actions. His crime seems to be one of passion; his resentment towards Filin stemmed from an apparent injustice concerning his lover Anzhelika Vorontsova and the casting for Swan Lake. Vorontsova, (also raised on a strict diet of first Olympic-focused gymnastic training, then later a pupil of the Bolshoi) told of two incidents prior to the attack where Dmitrichenko disagreed with decisions taken by Filin over allocation of bonuses, and also his treatment of the corps de ballet during rehearsal. Her account highlights her history with Filin, whose own academy she spurned at the age of fifteen in favour of the Bolshoi, and provides a motive for tension between the two. It stands to reason then that his objectivity concerning roles may have been compromised, to the detriment of Vorontsova’s progress in the company. Dmitrichenko’s conflict of opinion with Filin, concern for Vorontsova’s career and preference for villainous roles like “Ivan the Terrible’ appear as likely contributors to the eventual attack. However I can’t help but look with scepticism on the suggestions from Filin’s ‘aide’ of Dmitrichenko’s ‘clear pleasure’ whilst tackling these roles – how he “constantly threatened everyone as though he really were … [an] evil genius”. To rouse suspicion of their validity you need only talk to the crime’s key witness, fellow dancer Batyr Annadurdiyev, who yesterday retracted his testimony against Dmitrichenko amidst claims of police coercion and “intense psychological pressure” to “give the right evidence”. Whatever the outcome of this case, it seems to have exposed cracks in the shiny facade of Russian theatre and the stench of corruption is fast spilling out.

Emma Louise Tomson is an upper-sixth student at Altrincham Grammar School for Girls with an interest in the Performing Arts.