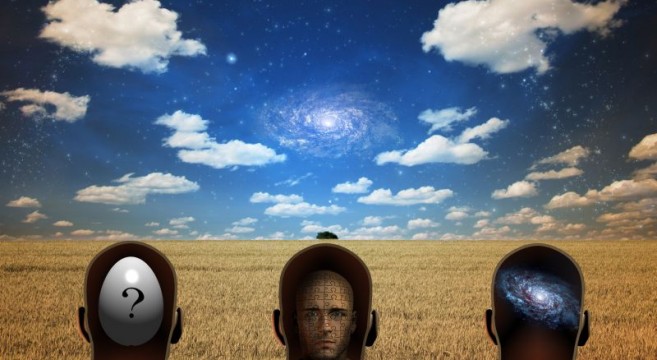 “…most men and women will grow up to love their servitude and will never dream of revolution.”
― Aldous Huxley, Brave New World

November 22nd 1963 saw the assassination of US President John F. Kennedy, marking one of the most significant days in American political history. On the same day, author and philosopher C. S. Lewis passed away, and fifty years on a memorial plaque is being mounted on his former home in Oxford – but what we seem to have forgotten is that, on the very same day as these two iconic men died, we lost another extraordinary literary mind. Author Aldous Huxley predicted a warped future, filled with test-tube babies, raging sexual promiscuity, obsessive cleanliness – in short, a complete absence of any form of natural rejuvenation in his revolutionary dystopian novel ‘Brave New World’. Written by Huxley in 1931, it saw the citizens of a “World State” following the teachings of Ford (the first worldwide company famous for mass production) as theists follow God; their children are forced into “erotic play”, and genetic manipulation produces different castes of people (Alpha, beta etc.) with varying intelligence and strength, being sleep-conditioned into believing their world is good and right and civilised. There is no concept of parentage in the World State, no knowledge of monogamy, marriage, birth – the babies are fertilised and grown in glass bottles and then “decanted”, relationships are purely sexual and contraception is a rule, not an option. In 2013, can we reasonably ask if we are spiralling into an uber-controlled alien society that Huxley predicted over eighty years ago? My answer is yes, we can.

Huxley’s novel demonstrates a distinction between the “World State” and Malpais, the “savage reservation”. The World State, in which the “civilised” people live, follows the story of Lenina, a young, happily-conditioned Beta girl who uses soma, the drug which the civilians use to calm themselves when they have upsetting or “different” thoughts, constantly reciting the conditioned phrase “A gramme is better than a damn”. The anti-hero of the novel is John, a man born from Linda, a woman exiled from the World State for becoming pregnant. John grows up in the “savage reservation” – the native land where those who are exiled are forced to live. The “savages” are dark-skinned, live in monogamous relationships within tribes and in a natural, human world which is seen as vile and unspeakable by the World State. John’s mother is in self-imposed isolation for her repulsion by the native people and has turned to drink due to the absence of soma to fuel her escape from reality, and John has grown up on a book of ‘The Complete Works of Shakespeare’, speaking often in Shakespearian idioms (later calling Lenina a “strumpet”, taken from Shakespeare’s ‘Othello’ in which the protagonist smothers his wife to death on being falsely told she is adulterous) and following its words as his own personal Bible. Huxley, among countless observations in this novel, comments on the extortionate power of environment and authority in the development of human beings – but how apt are these prophecies in the world we live in today?

In 2013, our influences consist mainly of politicians, writers, singers and actors. Of course, this is a massive generalisation, but it is largely true – we admire those whom we see and who speak to us through the newspaper, books, the radio, television and now through the Internet. We are influenced by those who surround us: our friends, our families, husbands, wives, teachers – these people make up our personalities and our beliefs. Ask a thirteen year old who inspires them the most, and, more often than not, you will hear the name of a singer, YouTube vlogger, or pop star. Ask a twenty one year old who inspires them, and you’re most likely to hear the name of either a left wing politician or Alex Turner. Again, a generalisation, but it’s undeniable that we are a product of an environment that invades us with meaningless pop songs, magazines and soap operas – while these things are all good fun, they evidently have far too much of an effect on the decisions we make. Following the release of the bestselling erotic novel ‘Fifty Shades of Grey’ in 2012, which sold 4.46 million copies, the sale of sex toys increased by 400% worldwide. Just like John in Huxley’s novel, we absorb our surroundings far more than we realise – while John’s sordid suicidal ending smacks of Shakespearian heroism (cue Romeo stabbing himself to death over the body of his beloved), I have found myself sticking my tongue out for photographs (cue Miley Cyrus, being herself). What Huxley foresaw is not the age of the iPhone, or of the social network, but simply that our society is ever-growing and changing, and that we will continue to be shaped by our surroundings. How far is Brave New World’s “erotic play”, where the children are encouraged to play naked and touch and kiss each other from a very young age, different to Katie Price’s daughter having her own makeup range, or revealing bikini bras for ten year olds? This isn’t just relevant to women, either – typically male-orientated video games are becoming increasingly violent, and in a time in which action films are becoming more and more popular and we can’t let a day go by without sending weaponry to the Middle East, it is unsurprising that young men are becoming obsessed with shooting virtual enemies and slashing each other’s throats via their keyboards.

There are a thousand examples I could give of ‘Brave New World’ being startlingly relevant today, when CS Lewis receives a famous memorial plaque and remembrance of JFK’s death is nothing short of viral. Admittedly, the UK’s multi-culturalism is something we ought to be immensely proud of as a nation; however there is still an underlying awareness that we deeply fear that which we don’t understand. Whilst readers see Huxley’s World State as monstrous and totalitarian, they see the tribal life that John leads as “savage”, and while they feel their world is cleaner and better, John commits suicide after experiencing the horror of the World State’s “civilisation”. This year, three members of the Russian feminist punk rock protest band Pussy Riot, who fought publically for LGBT rights, against Putin’s governmental policies and primarily against the indoctrination of the Church were imprisoned by the Russian government for two years on charges of “hooliganism motivated by religious hatred”. Whatever differences Huxley’s novel holds to our own society, one thing is certain: our world is tenaciously run on cowardice. The further we progress, the more apparent this cowardice becomes. We can safely say he at least deserves a park bench SOMEWHERE, eh?

Madeleine Goode is an upper-sixth student at Altrincham Grammar School for Girls and a drama and literature enthusiast.