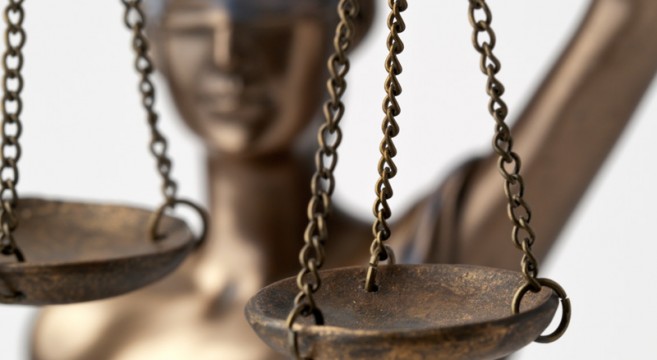 Rape: A Harrowing Wait For Justice

Everyday 136 people in Britain are raped. When most people picture rape they have a harrowing image of a vicious attack in a dark alleyway with a stranger. Although this can be true, most of the time this picture is wrong. It is not very surprising that the vast majority of rape victims are women but what is surprising is 90% of rape victims know their attacker and most victims are raped by a partner or ex-partner in their own home. Of those victims only 1 in 10 will even report the crime to the police and of the cases that are reported very few will make it to court. As for the cases that go to court it is much harder to get a conviction compared to other serious crimes. Why is it whilst victims of other serious crimes such as murder, burglary and assault can expect to see their attacker brought to justice, 29 out of 30 rape victims will watch their attacker walk free? Where are we going wrong?

A main reason that rape convictions are so low is because it is one of the only crimes that are still subject to interpretation from society. Whilst in theory rape seems pretty straightforward, in practice the level of violation the woman has experienced does not constitute the standard of rape. Women tend to decide whether it is rape by what society would see it as rather than their own degree of violation. The further away a woman feels her experience of rape is from the norm, the less likely she is to report it. Therefore if as a society we only picture rape as a violent attack in a dark alleyway by stranger then the woman may not consider her own experience as rape if it differs, no matter how traumatic.

If a woman left the back door open and a man came in and burgled her house, you would not acquit the man of burglary due to the fact she left the door open. You may think that the woman asked for it by leaving the door open but you would not and cannot deny the offender still committed burglary. Yet somehow every day we question whether a man committed rape because of things we consider the woman did wrong to ‘ask for it’ such as being drunk or wearing provocative clothing. This is where many victims learn rape is only a criminal offense in theory, not practice.

Of the cases that are reported, the majority are not taken any further by the prosecution. This is due to the inevitable lack of evidence for many cases (usually because there were no other witnesses so it was simply one word against another, which I agree is a fair reason to drop case) but also the anticipation of how the woman will cope in the trial. Unlike the victims of other serious crimes, the process of giving evidence in court is frequently more stressful for rape victims as they are constantly questioned. It is as though the victim is on trial and it is her morality that is being questioned rather than the Accused. On top of that the victims are not even able to access proper counselling until after the trial due to the fact that you are not allowed to discuss anything evidential. This is again why many victims never have the courage to take go to court in the first place.

Myths and stereotypes also plague the process at every stage meaning a big part of when the prosecution are deciding whether to take a case on is determined simply by what the victim is like. A ‘perfect victim’ for the prosecutors is often a middle or upper-class married woman who relives the experience in court with an emotive account. Minority groups of women such as black women face discrimination due to the fact they are not readily seen as fragile creatures who are victims to rape. It is also assumed women of black ethnicity are much more open to casual sexual relationships therefore much for likely to consent to sex. This stereotype is also put upon working class women who are more likely to be painted as unreliable with evidence compared to middle class women. And as for prostitutes they may as well not bother reporting rape as due to their lifestyle it is assumed they always consent to sex. Why is it we instinctively blame the lifestyle for the rape but not the rapist?

For the very few cases that get to court the issue with 88% of them is not whether there was sexual intercourse, it’s whether the woman consented. The defence lawyer’s role is to paint a picture of an unreliable woman who consented to sex. Common questions that can be asked during a cross examination include questions such as ‘Why were you out alone?’ or ‘What were you wearing?’ I believe it shouldn’t matter what kind of woman you are, as long as he knows she is not consenting then it is undeniably rape if a man continues against those wishes. It doesn’t matter how short a dress is or if she went back to his house or even if the man who wanted to have sex was her boyfriend, no one should ever have the right to ignore the fact she said no.

An often limited and biased perception of what rape is and our readiness to start judging a woman’s behaviour has shaped a society where rape is the easiest serious crime to get away with. A woman can have a man’s DNA all over her vagina, bruises all over her body and a clear identification of who the attacker is and yet still have uncertainty over whether she will get support from society and the legal system. It is time now as a society to start changing this culture we have surrounding rape. Hopefully then the 136 people that are raped today will actually have a fair chance to get the justice they deserve.

Harriet Lavin is an upper-sixth student at Altrincham Grammar School for Girls. She is passionate about gender equality and justice.