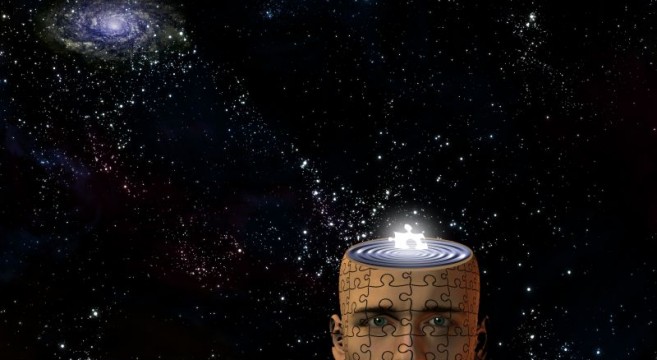 Opinion: There’s No Religion in Paradise

Pick a book, Old or New, any chapter taking fancy! See what you find. It’s right there in black and white, don’t fret; don’t let common sense cries ignite your doubt just yet. Punching and spitting and twatting splattering bile, like vile viscous guts exploding from inside; the tales of women-oppressing, gay-killing, slave-condoning, infant-murdering, immigrant-hating, blood-sacrificing and genocide are fed to me and you and all who knew or know any girl or guy who spread or spreads the word.

But let’s not forget the good it does. “Love thy neighbour”, the vital belief. We can’t deny the moral guide it lovingly supplies; it’s a super-duper-ultra-uber reinforced lighthouse which won’t subside against the angry tide of ‘us lot’ with our big bad ‘natural inclinations’ for sex and drugs and stuff which feels… good.

Without religion we have anarchy! Of course! How would we survive?! Faith is like a wonderful set of stabilisers which help us avoid wars and terror and conflict and makes sure we never divide. And yet…

No, I’m being harsh. It’s a philosophy, I suppose, a model standard, a moral ideal. Religion helps. It helps with comfort and charity and education and, well…nothing else springs to mind. But surely there is something else? Its existence would be unqualified, unjustified. Surely?
I mean, I’m told that from a cloudy, crooning, fluffy side it ascends in stupendous glory from crushing lows to moral highs. I’m told during the slow, bold rise it dazzles spick and span and from it derives an Eternal Plan: the envisagement of one source, one goal and other dulling forces guiding souls like a terrific omniscient ball of stuff (no one knows what it is, of course; if it could genuinely be actually explained or verified, proven or quantified, justified or in any conceivable way empirically or epistemically hypothesised it would no longer be faith – that’s the joy of the thing). My memory is apparently failing me. I apologise. I’ll assume for now that religion has done more good than that – you can fill in that blank for me.

Needless to say, this is of course not a personal attack. Unlike prominent religious scriptures I have no intention of dividing, insulting or discriminating against other human beings. Anyone who feels personally insulted has either horrendously misinterpreted my suggestions, or has come to realize the insult that religion has been on them throughout their lives; like Saul on the Damascus Road an epiphanic realization slaps you like a wet fish across your face – the truth that: “And it was Fictional”. But I shall not dwell on this glaring problem. A faith in God is not a rational decision – as philosophers have been screaming wildly from the peripheries for centuries – it is a blind faith or a desperate hope.

And yet the existence (or otherwise) of God is utterly irrelevant. People have, do, and will continue to satisfy that craving for spiritual transcendence. Faith relieves us like the thrust of a needle puncturing our ‘souls’; thick, black treacle of honeysuckles and rainbows fiercely drowns our veins and lubricates our ability to circumvent rationality and encourage our pathetic worship. Whether God exists or not isn’t the point: people will continue to believe. It is THIS phenomenon that we must address; whether martyring common sense in the name of hope and faith is a necessary and valuable sacrifice. The religion debate and its place in our human paradise, seems, then, to hinge on a very simple question: Was religion worth it? Whether God exists or he doesn’t, has religion helped? Even if God does exist, has religion ameliorated the lives of us, pathetic mammals, trudging over this earth for the blink of time our species will exist in this cold and empty corner of infinite space?

I suppose despite its jammy metaphorical metaphysical leapfrogging which sees it soar to palpable immunity from hot-following science and sense, there seems a sodding appeal; a fucking aesthetic to the sport of ducking reality. And of course there is the party line: “Ignore the EXACT words of the scriptures, that’s only religion in THEORY; in practise no one ACTUALLY takes that seriously”.

Well I have a story.

A few weeks ago a radio DJ was hosting a cooking competition for children. She was at the venue with the children and the competition was about to get underway. A man walked up to her. The man was carrying a machine gun. The man had been demanding that people recite certain sections of the Koran. Those who could not would be executed. The presenter, whose name was Ruhila, was 31 years old when she was killed that day.

She was one of at least 67 people slaughtered by the al-Shabab Islamist terrorist group in Nairobi, Kenya, during the Westgate Massacre.

No linguistic sophistry I employ can augment or diminish this fact. I cannot transpose or transform its value into anything other than the event which it was.

The number of lives lost to religion is incalculable… beyond comprehension. It is almost not even necessary to mention the Crusades; the protestant burnings; the Holocaust; the Buddhist terrorism in Thailand, Tibet, Myanmar, Sri Lanka and Japan; the Syrian civil war; the Spanish Reconquista; the Yugoslav wars; the Ottoman wars; the Israeli-Palestine conflict.

What may be easier to consider is this: how many people do you think have died in the name of religion this week?

How many people do you think have killed in the name of religion this week?

There perhaps does not exist a piece of literature which has so violently ripped the limbs from the entities of truth, tolerance, and peace in the Western World than the Holy Bible. I advise anyone who disagrees to actually read it. So, to answer our dilemma there seems to be a very simple question: Was religion worth it?

The article you have just read is the final draft of many, and it doesn’t say half of the things I would’ve liked it to have said. But of course, as always although the Bible is handed out to infants (upon full support of our government, the pinnacle of tolerance and democracy), I must be cautious in my contention of it. Despite the reality that children are instructed when they are at their most malleable that women, homosexuals and foreigners (to name but a few) should be considered unnatural or inferior, I must take care in how I challenge this.

The fiasco of writing this article seems to me to prove the absurdity of this reality; at what point did we let these indoctrinating principles become so coveted that they ascend the need for debate, critique and analysis?

Editor’s Note: The views expressed in this piece, and all pieces, are the views of writers and not of Lucid Magazine. Responses to opinion pieces are highly encouraged. For more information on how to respond to pieces please visit our contact us section.