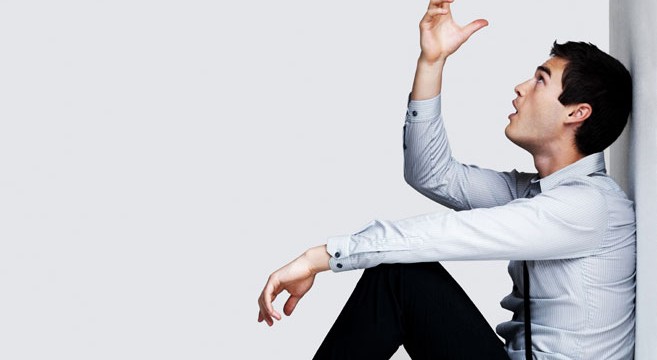 About a week ago I watched a video called “Abercrombie and Fitch gets a brand readjustment #fitchthehomeless”. The idea is good: disgrace a bigoted company by helping those in need. However, the method of doing so is niggling me.

The main idea is to pop some Abercrombie & Fitch tags in your local thrift shop and then give them to homeless people. If lots of people do this, then the A&F brand will be seen as a brand for the homeless rather than as a brand for “the cool kids” (direct quote from Mike Jeffries, Abercrombie & Fitch CEO), hence the brand is disgraced and will hopefully change its ways. What a brilliant idea (I initially thought). Ruin the company’s name whilst simultaneously helping the homeless. But, and this is where the issue lies, are we actually helping them?

Of course we are (say those in support of the idea)! We’re giving them free clothes, they’ll be warmer, more comfortable and it’s free! It’s just win win win for the homeless and thrift shops and lose lose lose for Abercrombie & Fitch.

But do the homeless really care? Would they not like more clothes so that they can throw away their old ones or just have some new, clean things to wear? Possibly. I think this could work but only if other brands were included. If Karber went to a thrift shop and bought 100 random items of clothing and handed them out to the homeless then that would be great. Just helping with no ulterior motive. But this is not. This is carefully selecting specific items of clothing with malicious intent to try and hurt a brand by sort of helping others. This is like sleeping with your ex’s best friend the day after you broke up with your ex. It’s initially nice for the best friend but really you’re doing it to get back at your ex. And once the best friend realises what you’re doing they are not going to be happy. And that just isn’t very nice.

Moreover, the homeless are probably the last people who actually care about Abercrombie & Fitch since they wouldn’t spend that much money on clothes in the first place and, like it or not, if they are given any piece of clothing or even an entire wardrobe it’s not going to help them turn their lives around. The homeless are much more concerned about getting money and shelter than having a deep aqua, figure hugging polo which really brings out their eyes, lovely though the idea is. If Karber really wants to help the homeless then sorting out homes (the clue’s in the name) and jobs would be a good place to start rather than making them look ‘nicer’. What they need is a support network to allow them to rebuild their lives and escape the constant cycle of sleeping rough. Clothes may make them happy for a while but, unfortunately, it’s not life changing.

And finally, in case you don’t realise just how up-their-own-arsehol¬es Abercrombie & Fitch are, let me explain: they burn defective clothes rather than give them to the poor and needy. Their CEO thinks that it’s ok to say they don’t want fat people to wear their clothes and only want the “cool kids” to do so. So much so that they stopped making XL and XXL sizes in America for women when all other brands continue to do so and they even introduced a double-zero size (even less than 0). This is sending out the wrong message and is very damaging to young people, particularly young girls, who think they must act a certain way and be super skinny in order to be considered ‘acceptable’ in society.

So it is clear why Karber started this movement. However, ultimately, it lacks in its execution. It is not helpful enough for the homeless and not nearly as damaging to Abercrombie & Fitch as one would hope. So the next time you are looking through the gloom of an Abercrombie & Fitch store at one of their ridiculously priced items, then perhaps you will remember what one of their district managers said: “Abercrombie & Fitch doesn’t want to create the image that just anybody, poor people, can wear their clothing. Only people of a certain stature are able to purchase and wear the company name”. Obviously you can continue to make your own decisions about what clothes you buy. But I don’t think I need to write any more after that quote.

Adam Murphy is still working in a call-centre and still wants to do Maths. Not all of his articles will be about charity. Honestly.