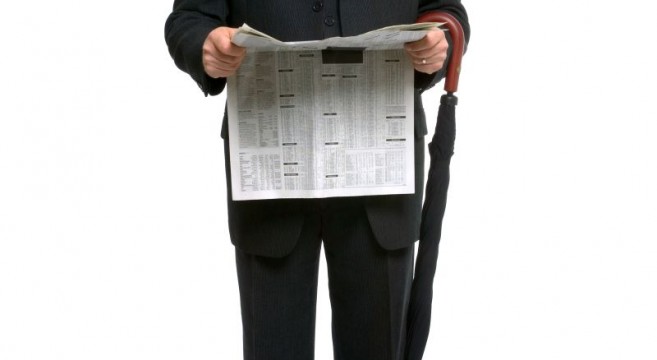 NIMBYism: Noteworthy or a Nuisance?

The ‘NIMBY’ response started in the 1980s as the debate concerning nuclear power as an energy source gathered pace, the term itself being a characterisation of this movement as a ‘Not In My Back Yard’ reaction to development that people approved of yet did not wish to have built near them; the acronym itself was further popularised by distinguished figures such as politician Nicholas Ridley and comedian George Carlin, using the term regularly in the media.

Balancing an argument on the issue is difficult, as most of those who have addressed the issue seemingly come into the bracket of dismissing NIMBYs as a group of selfish particularists who can’t see the bigger picture; to some extent this is true. However, is it right to reject these views as being so short-sighted? I ask this as I have experienced NIMBYism first hand: for years in Lymm the townspeople had been calling for a larger supermarket than the local convenience store that has existed in the centre for decades, and in 2004 plans were revealed that proposed exactly that. Yet once the company had outlined where the store was to be situated, there was outrage from those who lived on adjacent land or in close proximity. Over the course of the following months this occurred repeatedly as the firm changed the projected location and by the end of the year they gave up, and I suppose that they chose a more cooperative town to open up shop in. Although this initially may seem narrow-minded, is it in fact an eye-opener for the people? What NIMBYism tells us is that the development has drawbacks; should this call for a reconsideration of the proposition? Journalist Simon Jenkins seems to think so, citing that NIMBYs bring to light issues with projects that apparently are for the ‘greater good’. He says, “if we do not love and protect our own spaces, no one else will.” Fundamentally, it can be argued that, in an equal society, no development should benefit the general public at the detriment of others. It’s seemingly another case of the ‘little guy’ being oppressed by those in power.

Or is it? Oppression or not, do a vast minority take priority over the rest? Undoubtedly NIMBYs hinder development of, in some cases, near-vital facilities. The ‘classic’ case of NIMBYism is the energy debate. To move into a more sustainable society, it has always been the case that the UK’s energy mix needs to be both renewable and domestically supplied; hence, in an ideal world, renewable energy would be the most logical solution. But this is not an ideal world, and the progress in renewable energy has been largely mired by NIMBYs, whose arguments, about wind power for example, are more often than not of the belief that wind turbines are ‘too loud’ and ‘too ugly’. A fair claim? Most would argue not. Yet those who oppose the growth in renewable energy have the opportunity to exploit this response and use it to further their own agendas; the recent governments of Britain have been accused by some of consistently failing to address this issue and refusing to get up and have another crack at the first hurdle. But without turning this into an energy debate, one way or another the advancement in renewable energy in Britain has stalled, as between 2005 and 2011 renewable energy as part of the UK’s energy mix (primary energy consumption, NOT electricity mix) has only increased by 1.2%. Moreover, the issue is mirrored in the progression of nuclear power in Britain. The importance of the ‘little guy’ has often depended upon one’s political orientation; having said that, all elected governments are intended to represent the views of the people. This poses the question: is it fair for a small number of people to compromise the creation of something that has the potential to improve the lives of many others? It is a question that will never have a universally agreed answer, although many viewpoints will vary on the judged significance of the facility and the way it will affect people’s lives. For example, a hospital may bring fewer critics than a supermarket. Either way, since NIMBYs are the minority, the number of people deprived of the service will almost always outweigh the number of NIMBYs deprived by the service.

However, it will always be the case that NIMBYs will be in the minority, as they consist of only those who are affected by the provision and the limited number of admirers they may have. It is not fair that their views get discounted since it will often be the case that if every person in that situation were to be replaced by another group of people, the response would be very similar. Having said that, if NIMBYs were given this manner of respect each time a contentious issue occurred, then very little would be built, certainly on greenfield sites but also potentially on brownfield sites as well. This would have a considerable effect on the country as very little progression would be made and the economy would stagnate as new development, and in many cases modernisation, would not be able to occur.
NIMBYism is also rather hypocritical. Believing in something as a development for the greater good, so long as it is not built near your residence, is a conflict in itself. If someone abandons their support of a project just because it is constructed near where they live, it shows that these people are not willing to sacrifice for what they believe in. This begs the question: do they really believe in it? This refusal to make a sacrifice for a greater cause shows that either the mission does not provide NIMBYs with enough incentive to support it or that they are so uncompromising that any solution would not be entertained. Consequently, in the case of the latter, a decision will have to be made to either scrap the venture or progress despite the NIMBYs’ concerns.

On balance, it can be said that NIMBYism is a problem that will often occur during the proposal of any development near residential areas, yet many of these facilities often require or are required by the local population. Therefore, in many cases, NIMBYs will have to put up with the new service, but in other cases it will not be built at all (not in the area at least). But whether NIMBYism is a noteworthy response or just a nuisance is difficult to conclude. Certainly, NIMBYism is a hindrance to the masses, yet it is the smaller party voicing their concerns, and it is their right to do so. At the end of the day NIMBYism seems to be a transition from belief in the ideal of a project to opposing the practicality of the development as a whole. Hence NIMBYism can’t be cited as being right or wrong, despite how reasonable or how bigoted you may think it is, as different people in different situations will have different views on the matter and that is the fact of it. All things considered, it often depends on the proposal as to whether or not it will get approved and the opposition it generates. In a democracy, for the greater good or not, the locals will be educated about the matter as well as consulted and, one way or another, they, through campaigns, boycotts and other means, will more often than not get the final say on the matter.

James Sproston is an upper-sixth student at Altrincham Grammar School for Boys with an interest in current affairs.