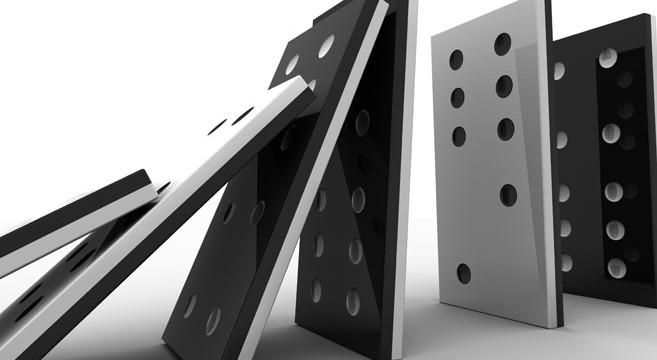 ‘My Reforms’ – A Tragedy by Michael Gove

On a cold November evening, while lazily floating around Google in an idle attempt to read something other than old school friends’ crass Facebook statuses, I stumbled abruptly upon an article in The Independent newspaper about arts education in the schools. I spent the next few minutes feeling queasy and furiously tweeting about the nauseating article, headlined ‘School Drama Doesn’t Need GCSEs – or E-Baccs, for that matter’. As a former GCSE and current A Level drama student set to go on to study the subject at university, you can imagine my disgust.

It is a time of great change for the UK, and education is at the forefront of the shift. Our Great Overlord of Academia Michael Gove made the decision in 2012 to scrap GCSEs and opt for the new English Baccalaureate Certificate, focusing on Maths, English and Science as core subjects. The exams are set to be more difficult for the top students; the marking more rigorous – in other words, it’ll be harder to get As and A*s, and more like the pre-1988 O-Levels that our parents gleefully endured. As the article so helpfully asserts, “subjects such as history, geography and languages will probably be phased in gradually. But Drama, Dance and Music will not.”Already the changes are coming into place: GCSE students are now obliged to choose either History or Geography as one of their options (this was enforced in 2011) which means, if students choose to take the separate science course (biology, chemistry and physics as three individual science GCSEs), there is only one option free for them to elect. Hands up whose parents want them to take drama instead of a modern language, humanity, sport or ICT course option! Nobody? How surprising. The quashing of music, art, dance and drama in schools is already happening – how long before these subjects aren’t taught at all?

The Arts are fundamental to education. As Ken Robinson brilliantly states in his speech on creative education for TED: “There isn’t an education system on the planet that teaches dance every day to children the way we teach them mathematics. Why? Why not? We all have bodies, don’t we? Did I miss a meeting?”

What Robinson goes on to explain is that schools are oppressing the creativity of children and young adults. Every country on this planet has a hierarchy of subjects, and arts are at the bottom without fail each and every time. Yet in medical departments in universities nationwide, drama students are used to role-play with the medicine students in order to assess their competence; plays are studied by linguists and literature students, and business and marketing students are given drama tutorials in order to improve their public speaking. The simple fact is that this nation lives and breathes drama, art, theatre – even if we don’t realise it.

It’s plausible that, as is professed in the article, “you can’t assess these subjects through a three hour silent exam as you can maths, chemistry or English” – however this is not, and never has been, the case. Drama is assessed primarily through a written exam, it is true, but a short written exam which tests the student’s understanding of the theory of drama which is fundamental to the subject: what makes theatre effective, performance style, set design, rehearsal process. The other end of drama assessment is performance both of scripted work as well as pieces that are written, directed and performed by GCSE students. As a whole, the subject achieves creativity, talent, innovation, ability to work under time and performance pressure, personal confidence – I could go on forever. Drama gives young people a focus, an ability to overcome challenges and pressures; and in a society that has an ever-growing fear of directionless youths walking the streets, how can theatre be put on the back burner yet again by our government? What is Michael Gove about to crush, you may ask? He is about to crush the freedom of imaginative, bright young people who are passionate about performing arts and hungry for knowledge. And we will watch, smiling, as we go about our lives, learning core subjects. Which, without generalising of course, are of the same importance for each and every young person nationwide. Cheers.

Of course, one could argue that the youths who ‘really wanna do acting init’ will seek out extra-curricular theatre companies, clubs and societies which thrive on the hard work of talented visionaries, and are free and accessible to most young people. If they’re so resourceful, let them find their own way into theatre groups. However, these cuts are not suppressing those who love performing simply for the joy of it, which is something equally important in itself. No, what Michael Gove fails to understand is that he is stamping repeatedly on the heads of those young people who want to learn about practitioners, different styles and periods of theatre, influential playwrights and genres which resound in modern society – all of these things and so much more are taught on the current GCSE and A Level curriculum in schools. It is these things which bring a fundamental understanding of the performing arts as a piece of our culture, and it is these things which lead to the theatrical genius we take for granted on a day-to-day basis.

A prime example is the National Theatre, which recently celebrated its 50th birthday. Do you think Nicholas Hytner, Judi Dench, Ralph Fiennes, Helen Mirren or Derek Jacobi just waltzed into that building at the age of twenty-two, told them they saw a theatre show one Christmas and thought it looked like fun, and all of a sudden became some of the most influential theatrical innovators this country has ever seen? It is so clear that Gove does not understand the dominoes he is about to push. Without this education there will be no theatrical standard, no heart-stopping performances, nothing to learn from watching a human body stand on a stage and move you to tears or fits of laughter or rage. I have seen theatre that has changed my life. Why should a student like me sacrifice their ambition, simply to spend more time on the ‘core subjects’ which clearly aren’t enough to cater for the needs of every student? As Shakespeare’s ‘Othello’ aptly questions, “What is it that they do when they change us for others?”

I will tell you something for free: I’m not in any hurry to find out.

Madeleine Goode is an upper-sixth student at Altrincham Grammar School for Girls, and is outraged by a lack of care for culture.