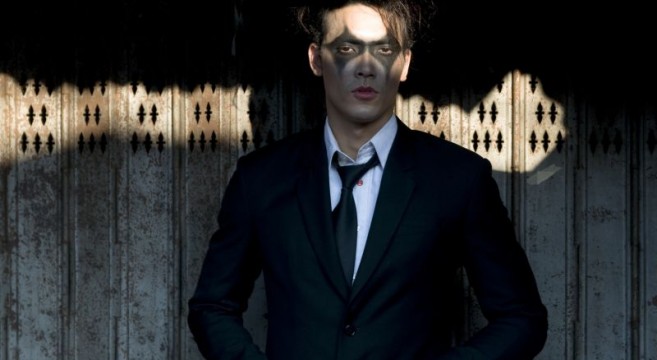 Anyone who knows me will know that I love Shakespeare. Every work of his I’ve read or seen performed, I’ve been moved, inspired, and emotionally jolted by. I may even go as far as to say he’s my favourite playwright – and, as an English and Drama student, that’s really saying something. What I’m really fussed by, however, is the seeming necessity to ‘cast the hottie’ in productions that, frankly, don’t necessarily need the biceps, the beautiful eyes, the cheekbones. Shakespeare’s male protagonists are some of the best ever written – the words, the actions, the psychological scope of the characters are out of this world – but why must it be the best looking men who play them?

In the past few years, the British theatre industry has witnessed a beautiful and wealthy array of Shakespeare’s great tragedies; wonderfully talented casts headed by glitteringly handsome leading actors. ‘Hamlet’, perhaps Shakespeare’s most famously tragic character, has been played by two of Britain’s finest actors since 2008 – once by ‘Life on Mars’ actor John Simm, and once by David Tennant in The Royal Shakespeare Company. Tennant also donned a waist-length wig and strutted the RSC stage in 2013 playing the title role in ‘Richard ll’ – a less well known play, but one of huge substance and potential for its leading actor. Last year, Jude Law played Henry V in the Noel Coward Theatre production, earning four star reviews across the board. In 2011, BAFTA winner Dominic West played a frightening Iago in the Sheffield Crucible Theatre’s production of ‘Othello’. Similarly, the National Theatre production of ‘Othello’ in 2013 cast tall, ripped and handsome Adrian Lester as their leading man, selling out at the box office in a matter of days. Currently, Tom Hiddleston, biceps and all, plays an extraordinary Coriolanus at the Donmar Warehouse in London. I have been fortunate enough to see most of these productions – all bar Simm’s ‘Hamlet’ and Law’s ‘Henry V’ – and enjoyed each of them immensely. These men can all act, they’re all trained, intelligent and ‘worthy’ of their roles; Hiddleston’s astonishingly tenacious yet childlike portrayal of the soldier Coriolanus was a particular feat of brilliance indeed, but must these men be sexy? Must women around the auditorium gasp quietly, awestruck, as Coriolanus tears his shirt from his wounded body and scrubs the blood from his head, while shirtless, under a stream of water? I feel as if the purpose of these scenes can be overlooked in such cases, when we’re too busy watching Tom Hiddleston flex his arms to concentrate on the equally gasp-worthy 400 year old poetry he speaks. Of course I’m not suggesting these actors shouldn’t be cast based on the fact they’re ‘too fit’, but it’s worth considering. Do we cheapen the attraction to Shakespeare with six packs and famous faces?

When I went to see ‘Coriolanus’ last week at the cinema – the production was screened live by the National Theatre for us common people who can’t afford a ticket – there was a special on-stage interval interview with the director of the production. The director happens to be a woman. The interviewer also happened to be a woman. I was shocked by this interview. It began with normal introductions, a bit of theatrical banter, but when it got down to business, the two women spent three out of the five minutes talking about Hiddleston’s looks. “Now, I WONDER” the interviewer asks sarcastically, “WHY you decided to cast the man who was last year named Sexiest Man Alive? I couldn’t POSSIBLY understand why you’d do such a thing.” “WELL, I don’t know WHAT you mean,” insists the director, with a raise of one eyebrow, “He is very good looking. HONESTLY, that didn’t make a difference to my decision.” The interview continued like this for far too long before actually mentioning the talent and hard work Hiddleston also radiates. And while this is all said in jest, and I think it’s fine to be aware of somebody’s looks (Hiddleston gained pounds upon pounds of muscle for the military role, and his blue eyes pierce strikingly onstage through his bloodstained face), this outright sexism made me question: are these actors chosen for their talent? Do they show up on audition days, running through the scripts in their heads, getting nervous, brimming with excitement and fear for the three minutes which could make or break their career? The truth is, I don’t know, and it’s very possible that Hiddleston did just that – but it’s certainly food for thought. A recent study by The Telegraph showed that more than half of actors are living below the poverty line. If actors are starting to be chosen for their pretty faces and names rather than their talent alone to play Shakespearian protagonists, this would be a grave injustice – both to Shakespeare’s work and to today’s working actors.

This brings me back to the Bard – good old Billy Shakers. In his time, all actors were men – even those playing the female characters would usually have been young boys with unbroken voices. Theatre was truly a work of the imagination as much as of the playwright. Actors would have learned lines fast, rehearsed very little, and would not have had the time to do army training, push-ups, get hair extensions and preen themselves in the mirror. These actors would not have been required to be attractive (unless, perhaps, playing a Romeo, a Benedict or an Orsino), because these characters are not supposed to be so. Hamlet is a woefully mopey philosophiser; Macbeth is an aristocratic bloke married to a bloodthirsty bitch who makes him kill someone, driving him to grief and utterly morbid madness; Coriolanus is a war-mongering narcissist with some seriously Freudian mum-issues, and Richard ll is a notoriously slimy, vain king who succumbs to flattery. I’m not suggesting these men should be ugly or grotesque – in fact Adrian Lester’s casting in ‘Othello’ was spot on, the necessity being that he is a powerful soldier who is seen as attractive by his young wife – but with few exceptions, there seems absolutely no reason other than ticket sales for these gorgeous actors to be cast in these roles. Of course, ticket sales are what keep the theatre industry going, but what is it that theatre today is searching for? Quick, guaranteed ticket sales at high prices which are bound to keep the theatre in business, or a network of actors prized not just for their faces but their voices?

The truth is, theatre amalgamates both of these things. Most actors have attractive qualities, though some are more obvious than others, and while it’s important to be watchable, it’s not vital to appear as if you’ve been carved by angels (cue Hiddleston, statue still, tears running down his face as he surrenders war, following his grieving mother’s begs and screams). Theatre nowadays booms and shakes, productions shatter boundaries, they cast and break spells and dreams in the single turn of a head. What’s important to me is that Shakespeare continues to be loved and respected, and that it does. The Bard is everywhere – and while I value this above everything else, it’s perhaps time to put away the cheekbones and bring back the grime and the grit of real, course Elizabethan drama.

Madeleine Goode is a Drama enthusiast and regular contributor to Lucid Culture.