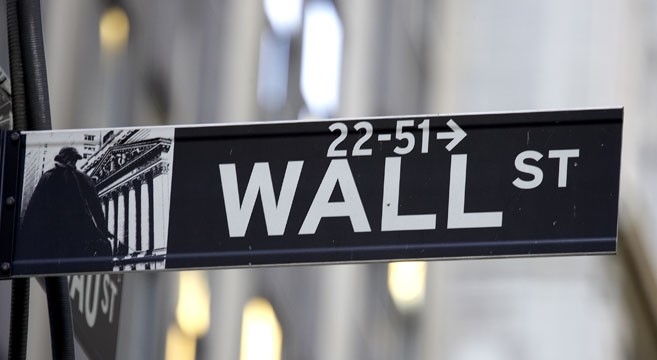 Lies, Damned Lies, and Statistics: the 50p Rate of Tax

In the news recently was Labour’s latest promise to raise the rate of tax on top earnings from 45p in the pound to 50p. Having observed the backlash with which this has been met by some commentators and by the generally opinionated, I have decided to wade into the debate with this attempt to dispel some of the most popular myths put out by the reactionaries and the Tory apologists.

1) High rates of tax lead to the rich moving elsewhere, and taking their investment with them.

This will remain a problem for as long as we fail to break the stranglehold the affluent have on the economy: we need the rich to invest, and to do so we need to make investment attractive in the most pathetically craven ways possible. The proponents of this theory can point out the fairly recent example of Gerard Depardieu to back up their claims, and it has entered the public consciousness through constant assurances that it does happen and we should all be very worried about it.

It’s a lie. Even between US states, there is little evidence to suggest that tax migration occurs on a scale significant enough to make the move detrimental to the economy. We can take the example of New Jersey, which in 2004 raised its tax rate on people earning more than $500,000. Between 2004 and 2007, 70 tax filers in this bracket left the state, costing it approximately $16.4 million; but given that the increase brought in around $3.77 billion for the state, I personally feel that New Jersey ought not to be weeping over this sum. If people are not willing to cross the border of a US state for tax reasons, despite the culture on either side being almost identical, why would they uproot themselves from an entire country?

If you remain unconvinced, however, you can look at the impact of the 95% rate of tax placed by the first Wilson administration on the highest-earners in the 1960s. Effects: George Harrison wrote a somewhat disgruntled song about it, which is actually quite catchy. All good, I say.

In fact, tax revenue is vital for the funding of public services, which in turn are vital for encouraging the affluent to live in a country. High rates of tax are not a luxury we can’t afford, but a necessity to which we are blind.

2) The rich have earned their money; surely they should be allowed to keep it?

How many times has every one of us heard this one? It sounds so reasonable, so neutral, and it paints the tax-raiser as some kind of vicious, unjust monster.

Again, it’s manifestly untrue. Firstly, the idea that the incredibly wealthy have earned their incredible wealth defies all logic; how is it possible that someone can amass such huge wealth, apparently through their own hard work, where others cannot? The answer which seems, astonishingly, to be the most popular is simply that everyone else is bone-idle, an answer which cannot possibly satisfy anyone who looks at how ludicrous the wealth gap is. American CEOs currently take home around 300-400 times that taken home by the average American worker; do they do 300-400 times the work? If so, it’s a wonder Japanese companies do so well, since the average Japanese CEO is paid around a quarter of their American counterparts. Clearly, this is not logical.

It is also clear that the rich can only earn this much money because they have been born in, or have found their way into, favourable circumstances. It is easy to see how the cycle of expensive schooling leading to a well-paid occupation, allowing expensive schooling for the next generation. Yes, you can point to the occasional token example of a self-made individual; but even if we are to take this self-manufacture at face value, which is rarely wise, it is possible to identify millions of individuals who have never succeeded in doing so, and that is not simply because they have not worked hard enough. This is backed up by Warren Buffet, who stated, “I personally think that society is responsible for a very significant percentage of what I’ve earned. If you stick me down in the middle of Bangladesh or Peru or someplace, you’ll find out how much this talent is going to produce in the wrong kind of soil. I will be struggling thirty years later. I work in a market system that happens to reward what I do very well – disproportionately well.”

3) The wish to redistribute wealth more equally is simply based on envy.

This one comes to us courtesy of the Daily Mail. This is an extremely convenient way of dismissing everyone on one half of the political spectrum in a single phrase, so we should not be surprised that it is peddled so often.

Rather than addressing this one directly, since attempting to prove that we are not all just pathetically envious is not worth my time, I shall confine myself to pointing out some of the advantages enjoyed by countries with a more equal distribution of wealth. These include a longer life expectancy, lower obesity levels, a higher educational performance, greater trust within society, and a lower homicide rate.

Frankly, the 50p tax rate is too low, but at least it’s a step in the right direction. Not only are these myths rather annoying, but they prevent positive reform of the tax system to achieve better public services, a generally fairer system, and all the positive social impacts of economic equality. We cannot afford to let the Daily Mail and associated liars dominate the debate over taxes; for as long as these myths prevail in the public consciousness, the right has won. And that burns.

Sam Harrison is a regular contributor to Lucid Politics.