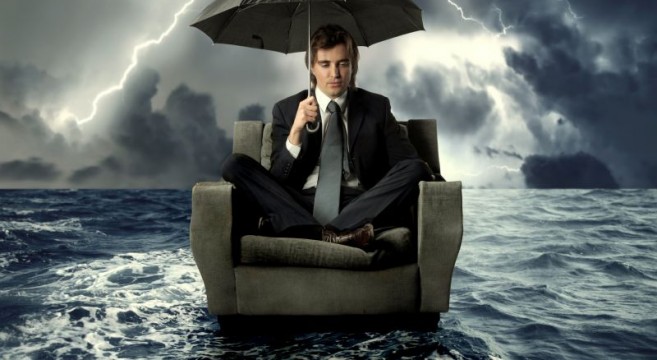 There is a term with which I like to refer to our current treatment of women, and that is ‘patriarchal bullshit’. In my view, patriarchal bullshit is still smothering the 21st century to death, though it’s trying really, really hard to run far away. Inequality in the workplace is a problem, presentation of women in the media is a problem, and inappropriate public behaviour towards women in general is a really big, fat problem. So I’m sitting here and saying YES, yes we DO have a problem – despite the brilliant, faith-in-humanity-restoring advances gender equality has made under the feminist movement, there are remaining problems for women in the Western 21st Century. But times are changing. Women are talking back. We’re turning the sexism back on its perpetrators – not for our own joy or amusement, but to make our society self-aware, and lord knows we need it.

Take the parody of Robin Thicke’s ‘Blurred Lines’, aptly named ‘Defined Lines’, in which three female law students from the University of Auckland created an equally offensive version of Thicke’s video and song – but with the gender roles reversed. While the original song included lyrics like ‘I know you want it,/I hate them lines,/I know you want it,/But you’re a good girl,’ (meaning the ‘lines’ between raping someone and… not raping someone. Yeah. We’ve all struggled with that one at some point, haven’t we?) – the ladies from Auckland included such lines as ‘Let me emasculate you’ and the more crude ‘Prepare for your castration.’ The same goes for the videos: while Thicke’s included the three artists in snappy suit being languished upon by topless, ass-shaking models, riding bikes or humping stuffed goats (as you do); ‘Defined Lines’ showed the three women fully clothed surrounded by almost-naked hunks, doing press-ups under the women’s feet and having dollar bills stuffed in their underwear. Ironically, while Thicke’s video was simply given an age restriction by YouTube when released, ‘Defined Lines’ was temporarily removed by YouTube on the grounds of it being ‘inappropriate’.

‘HIII!!’ shouts the 21st century from underneath Thicke’s raging shitstorm of patriarchal bullshit, ‘IT’S ME!! LET ME OUT, PLEASE, I WANT TO USHER IN A VIBRANT NEW AGE OF GENDER EQUALITY THANK YOU PLEASE. THANKS.’

Because despite the song’s obvious irony, the backlash against ‘Defined Lines’ was astonishing. It appears that for many, the lines were not defined enough. What the students were trying to show was how offensive the video was towards men, to create parallels with the original and comment on the generally blaze attitude towards women’s objectification in the media. This offence proved absolutely true, with men commenting on the video saying ‘I like how they say “don’t harass me”, but [are] clearly harassing the men [for] the entirety of the video’ and ‘This is not a feminist parody. It’s misandrist.’ In fact, many of the comments on the ‘Defined Lines’ video are men expressing how they feel that the parody is offensive towards them. Of COURSE the parody was sexist, just as sexist as Thicke (that was kind of the point, guys), however the backlash against Thicke, who took his video completely seriously and was apparently unaware of its offensive qualities, was far less angry and far, far less publicised in comparison to the parody. Basically, when men were nakedly serving drinks to fully clothed ladies, everyone threw a fit (and rightly so – the video is horrifically sexist) but, of course, when Thicke looks that naked young girl up and down like she’s half price in his favourite kebab shop, nobody thought twice. Except those fabulous students from Auckland, ardently shovelling away at the patriarchal bullshit, letting small but bright glimpses of the 21st Century shine through. Thanks, girls.

Then, of course, there was that French short film. The 21st Century flails and kicks as it attempts to drag itself out of the patriarchal bullshit of France, shouting ‘BONJOUR, ALLOW ME PLEASE TO SHOW YOU HOW WARPED OUR SOCIETY IS, THANK YOU PLEASE.’ For those who haven’t seen it, the film depicted a horrible day in the life of a French working mother, but switches the gender of everybody in the film. It is a hot day, so when the father walks out of the house with a buggy and baby, there are topless women running down the street who whistle at him as they pass, and eventually he is harassed and orally raped by a gang of aggressive, nasty women in the street. His wife arrives late at the police station, hurrying from work, and while she’s understanding, she is not entirely empathetic towards the man’s physical and emotional agony. His assault is treated with disdain by a female police officer, who continues to flirt inappropriately with the coffee boy at the station. You see where I’m going.

In my opinion, the film was pure sociological genius. It perfectly demonstrated the feeling of vulnerability and humiliation that women feel when they’re yelled at in the street; the anger women feel when men publicly humiliate them and then argue that they’re ‘hysterical’. A woman’s perspective in a man’s world, shown by a male actor, was exactly what the world needed in order to wake up from its state of passive ignorance towards misogyny. The 21st century bursts triumphantly out of the bullshit, shakes off the excess, sighs, and continues to wade through the junk.

There have been more of these parodies being made – a female student recently filmed the results of her verbally harassing men in the street, being replied to with retorts such as ‘You can’t talk to us like that’ – and they all brilliantly highlight the distortion of our society. Keep ‘em coming, as long as they’re relevant.

Of course, it goes without saying that most men don’t act like this, and it’s true: all of the men I know and spend time with find this behaviour disgusting. However, it’s sadly also true that almost every girl you ask will have a bad story to tell. ‘One time, I was at the bar and he just grabbed my arse’, ‘There are these builders down my road and I take the long way round, because they always yell at me.’ While the majority of men are genuinely good people, and I will never forget that, there’s a long, long way to go. My advice to wom-en is to eradicate your passive state – DO something, stand up, use your brain, and talk back. You’re not hysterical, do not apologise for your anger, just do it, just SAY it.

There are always the usual comments made at these parodies – that fighting sexism with sexism is simply pointless, that two wrongs don’t make a right – but there’s one unanimous feeling towards them which brings me hope for the future. It’s not that people find them offensive – no, it’s not that at all. It’s the shuddering, sick feeling of realisation we get, when the unassuming man onscreen pushes his baby down the street, and a passing woman looks him straight in the eye and says ‘Keep smiling, honey.’

Madeleine Goode is a regular contributor to Lucid Culture. She is a passionate advocate of gender equality.