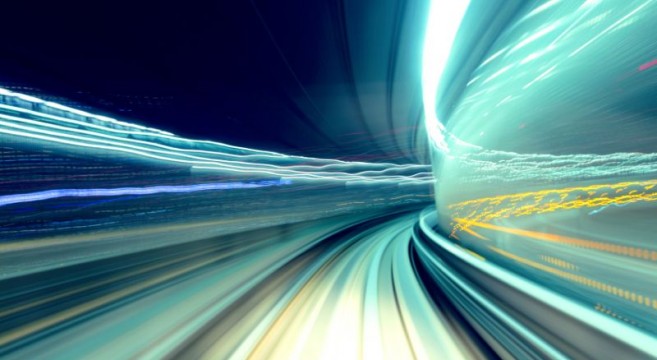 We all remember dear Ms. Thatcher’s funeral (except those that spent the entire time very, very drunk – which I completely understand), the fanfare, the pomp and circumstance, the expense of it all. Conservatives up and down the country rushed to sign condolence books, sing songs like ‘I love Margaret Thatcher’ (a song about how much the singers hate Margaret Thatcher, score one for, er, logic), and take the piss out of every bereavement in history… and Yorkshire. It was quite satisfying for a lot of people that the Baroness passed in exactly the way her political philosophy would have us all live – alone; surrounded by wealth and finery, but utterly, completely isolated. Though never fear, her children may have been out of the country, but her Party was ready to stand by her and waste valuable public time and money in her memory- exactly the sort of thing that would make her projectile-vomit. Not only was Parliament recalled from its recess (which Parliament guidelines explicitly state must only be done in times of ‘national emergency’), but seven-and-a-half hours were set aside for tributes to be paid to her in the house; and of course, MPs could claim the travel back to Westminster and the time spent ‘working’ on expenses. This seems a ludicrous amount of time, especially when one considers Denis Skinner MP’s comments that the death of Anthony Eden was marked with “a few tributes, and then we all went home for the day” – which at the time was seen by many MPs, himself included, as a waste of a day. The Conservatives hijacked the death of their matriarch and turned her memory into ridiculous theatrics.

High-Speed Rail 2 is no different. Despite all the political posturing that this gargantuan boondoggle will stay within it’s meagre budget of £33bn, more or less anyone without a vested interest in the matter estimates the budget to spiral past the £40bn mark with considerable, and some estimates see this budget doubling – even Boris Johnson has stated that the cost may well exceed £70bn. Now, this is all apparently in the name of ‘capital-spending’, as in government spending on investment projects and assets. I am not going to disagree that this country needs some serious capital spending. Under usual circumstances, if I’d heard that we were pumping £70bn into capital spending, I may have broken down in tears of joy. But then I’d be a little suspicious when I heard the Conservatives, with their blustering about keeping the budget deficit down, and their hatred of government in general, were the ones ploughing ahead with this spending. I’d then be even more concerned when I learned the specifics. We’re spending what could be £70bn (or, to put it another way, the cost per year of ending global hunger 2-and-a -half times over) on slightly improving journey times. We’re not building a new motorway, we’re not connecting places that have never been connected before, we’re not even updating type of transportation (maglev, maglev, MAGLEV) – we’re spending an obscene amount of money laying trains tracks that can make trains go a little bit faster. So in 2030, our trains will go slightly faster than they currently do. I’m certain that this solves more or less every pressing infrastructure problem we currently have in the UK today, and at a very reasonable price. Err… hang on.

All the Conservative government are doing here is playing politics. If they push ahead with this, Labour can’t attack them for not putting weight on capital spending, and indeed, if Labour doesn’t fully support this lunacy, they will appear weak and unprincipled (you know, because recently they’ve done such a good job of appearing strong and principled). What the Conservatives should be trumpeting is their approval last year of the long-awaited Northern Hub, which actually seems to be going ahead – a much-needed improvement of rail services in the North West. That’s capital spending – pumping money into improving infrastructure, laying new tracks, and doing so within a reasonable time frame (having only had its funding approved last year, estimates place the completion of the project at around 2018/2019). Admittedly, spending on boondoggling has worked before – indeed, it’s worth nothing that two of the greatest economic turnarounds in history came as a result of vast government spending, under Franklin Delano Roosevelt, and under Adolph Hitler. However, they didn’t just spend on boondoggling – they spent on improving infrastructure. HS2 is not a value-for-money infrastructure improvement; it is a financially disastrous political smokescreen.  All of this is not to mention the environment and ecological impacts of bulldozing through hundreds of natural wildlife areas (and houses), but that’s a discussion I’ll leave to the environmentalists.

This country needs capital spending, and lots of it. But it needs capital spending on new infrastructure problems that deal with existing problems, and deals with them quickly. Whilst the government races on with HS2, the massive (read: massive) issue of airport capacity is being neglected, and plans and permissions agreements stall amongst bickering and bureaucracy. Heathrow’s own report states that £14bn is lost each year because of its current lack of capacity, and this figure is only set to increase. The country needs more airport capacity, and we’re rapidly falling behind our European neighbours. Not only that, but airport capacity is disproportionately centred around London (as is the case with so, so many things). There exist a huge number of options open as to how to solve this issue – although all of them, of course, come with drawbacks. The most obvious solution to the issue of UK airport capacity is to use what we already have – make Manchester and Birmingham national airports and increase capacity and the number of runways there. This will help rebalance the economy, and perhaps bring some economic benefits to somewhere that isn’t the South East. This cannot solve all the problems – something more needs to be done to address the issues of the long-term. The most popular ideas at the moment are expanding Heathrow, Gatwick, or Stansted, or building new super-airports on the Isle of Grain or in the Thames Estuary. But the mainstream ideas aren’t always the best ones.

A number of experts contend that London already has sufficient airport capacity – it’s got a fair number of airports and runways already. The issue is that capacity is spread too thinly between these airports, and getting between them for connecting flights is nigh impossible; economics expert Professor David Begg postulates that 40 minutes is the absolute maximum amount of time people are prepared to wait between exiting one plane and boarding another. So the solution may not be to build another airport, which will encounter the same transportation issues (indeed, rail links to London, or lack thereof, is one of the main issues with a lot of the major proposals), but connecting the existing ones. A maglev (MAGLEV) railway following the M25, rendering the 5 airports one gigantic hub, would connect them in a way that is immediate, accessible, useful, and forward thinking. However, Professor Begg is not convinced, saying that such a railway would never be quick enough, and that connecting flights is not the answer.

Another suggestion is to build a new hub – in the Severn Estuary rather than the Thames Estuary. This makes infinitely more sense. The designs for this airport allow fish to pass, using the Estuary’s strong current, minimising the impacts on wildlife that have been plaguing the existing proposals, and would allow it to be linked to the M4 motorway. It would bring an unprecedented amount of business to the South West, the Midlands, and Wales, and the whole project is estimated to cost £5bn. That is, for the hard of thinking, a lot less than HS2, and a lot more necessary. The public needs to see through this ploy for what it is, economic smoke and mirrors, which disguise the fact that the government is not spending on what it should be spending on – proper infrastructure projects to restructure our national economy away from the capital. Maybe Labour could get off their arses and make some original suggestions too, seeing as they’re both apparently in the business of improving the country.

Responses to opinion pieces are highly encouraged, and some letters may be published in the next edition to give a necessary degree of balance or consensus to the segment – please send your thoughts, agreements, rebuttals, convictions, joyful letters of satisfaction, flowing poems, and drawings of William Hague to alex.garrido@lucidmag.co.uk.

Alex Garrido is an upper-sixth student at Altrincham Grammar School for Boys and Lucid Politics editor.