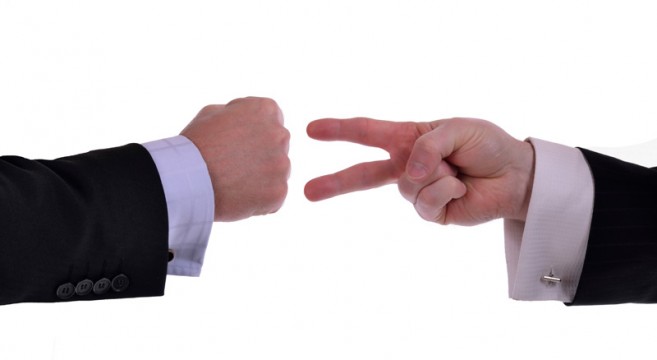 How To Win Rock Paper Scissors Every Single Time

The easily played hand game is one of the most popular ways to resolve disputes or make decisions, however it has also become a form of competition in many countries across the world. There even exists a tournament where experienced players compete to earn the status of number one, of course sanctioned by the World Rock Paper Scissors society. However, you must be thinking, how do you become a champion of rock paper scissors? Surely it’s just a game of luck?

Well, to answer this question look no further than the Janken Robot, a robot bionic hand has been created that never loses a game. The Janken Robot, created by Japanese scientists, is the second version of the robot first unveiled at the University of Tokyo in June 2013.

So, how could the Japanese possibly created a machine that can beat a human at this game every single time? Luckily for us, Janken (the Japanese name for the game and the robot’s namesake) is simply the fastest cheat on the planet. It does not contain enough intelligence to predict what move the human will make, but what it does have is superhuman speed, far superior to that of the humans.

That’s right, the robot can read whether the human plays a rock shape, a paper shape, or a scissors and react with the winning response within 20 milliseconds. It bases its response on the beginnings of the human hand movement, managing to figure out what shape the human is about to make and therefore produce the corresponding move with the bionic hand, three times faster than the human hand.

So if you’re planning to always make things go your way in group disputes, you could always propose to settle the argument with a “fair” game of Rock paper scissors, and you’ll always win, as long as you have your good friend on you, the Janken Robot.

Josh Peachey is Technology Editor of Lucid and an upper-sixth student at Altrincham Grammar School for Boys. Josh enjoys, and hopes to continue, writing and journalism.