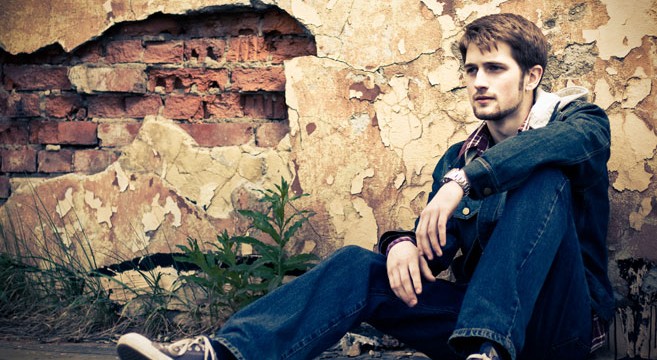 Has Britain Robbed Its Children?

Given soaring youth unemployment, a rising national debt and crippling tuition fees, the question: ‘has Britain robbed its children?’ is unsurprising. Young people today are faced with poor short-term prospects and even more daunting long-term ones. To make matters worse, there is a crisis of political representation; can we seriously trust a predominantly middle-aged electorate and middle-class parliament to effectively empathise with, and work towards, resolving the issues facing our youth? One need only look at the present for an answer.

Youth unemployment for the last quarter stood at 960,000. The number of young people not in education, employment or training (NEETs) currently exceeds a million. Yes, we have just emerged from a recession, and yes, there may be a sustained recovery on the horizon, but the problem extends beyond mere employment figures. The downturn has, in-effect, deprived many of these young people of self-esteem and skills, something a low-paid job or indeed forced community service, Mr. Osborne, will do little to restore. Furthermore, those without skills may feel handicapped and lower their expectations accordingly. Their children may find themselves trapped in a cycle that is devoid of the opportunities available to the middle-classes and above. Class divisions that the Sixties along with Blairites tried so hard to blur and deny, respectively, will become entrenched, to the detriment of social mobility and overall prosperity.

Things aren’t particularly rosy for prospective students and graduates either. Much of my generation will leave university with a debt upwards of £40,000. Oh no, student loan, it’s more like tax I hear you say, a worthy investment. It could be for some, but for the vast majority it will be a financial drain. Sure, a degree may help the CV, but let’s not forget interest and the accumulative opportunity cost. Whilst the overall utility of such debt is contentious, we cannot ignore the fact that this is a burden only the present youth is carrying into the future. Long gone, dear elders, are the days of a free university education. Moreover, the current labour market isn’t at all conducive for graduates, lacking in skills and experience. Businesses are reluctant to hire when consumer confidence is weak and the Chancellor’s crusade against the public sector, sorry I mean, austerity, shows no signs of relenting.

Our housing market is cause for similar anxiety. Affordable first time homeownership is a fantastical thought for the young, many of whom consequentially form part of “Generation Rent.” This is hardly their fault when a typical deposit is £27,000, as it was during the first quarter of this year. Furthermore, the housing supply crisis continues and despite promises, the rate of house building is disappointingly low. If the past is anything to go by, Miliband’s promise to build 200,000 new homes each year isn’t much. History shows a great disparity between what politicians intend pre-election and what they actually achieve when in power. Remember your tuition fee pledge Cleggy?

More alarms are raised by the state of national finance. Our debt exceeds £1.1trillion and the budget deficit remains strong, meaning the debt jar will continue to fill for the foreseeable future. One could argue that this debt is benign and will continue along a manageable path. However, there is also the more serious possibility of it becoming a time bomb with the power to devastate or seriously constrain the economic fortunes of Britain for future generations. Facilitating a reduction in the volume of the debt will almost certainly be priority for my generation in future, as it is for government today. It is therefore likely that we will inherit a fiscally tight ship, barely buoyant on the sea of debt.

Another pressing concern is ageing, which won’t make the debt easy to service. The proportion of over-65s as a percentage of the population is set to rise from around 16% to 23% by 2035, whilst the number of over-85s is expected to double to 3.5m (5%) in the same time period. As a result, the Real Dependency Ratio should rise significantly. In simpler terms, it will be incredibly costly for future generations to support the aged. This of course, isn’t a bad thing. Our welfare-system is a proud and moral intergenerational model, envied by nations across the world. Though we must ask the question: how long can the public purse, alone, keep it afloat? The cracks are already starting to appear. Nurses are being overworked, A&E waiting times are increasing, and people are insecure about their pensions, which will cost a humbling £144bn in 2014. Higher taxation and increased borrowing, to finance welfare in years to come, is a bitter policy cocktail that the children of Britain may have to taste.

Generally, we are aware of the aforementioned concerns; yet not enough is being said or done to address them, due to the myopic sport that is party politics. Then again, when the median age of the British voter in 2010 was 46, it would make sense for politicians to target older cohorts, which possess greater power at the ballot box. This trend is set to continue. The median age will rise, and young people in Britain will have even less voting power than is currently the case. It’s perfectly rational to assume older generations will favour different policy priorities to younger ones, such as pension guarantees and higher interest rates, because self-interest is a powerful motivator. So if the young are to have their say, it is imperative their political participation is boosted.

All this is not to say that past generations haven’t faced challenges too. Prosperity in the Noughties came after mass unemployment in the Nineties. Thatcher’s Britain saw tough neoliberal reform and changes to fundamental structure of the economy. Britain struggled economically throughout the Sixties and Seventies, whilst the Fifties came after damaging, resource-guzzling war. Thus in some respects, and to quote Macmillan, the youth have “never had it so good”. Living standards and opportunities for today’s youth are greater than they have been at any time in the past. Life expectancy is higher, and the welfare state comprehensive rather than minimalist. Although things could take a turn for the worst down the line, the present offers sufficient grounds for optimism.

I would conclude, therefore, by arguing that the youth of today simply faces a new set of challenges. Britain has given with one hand and taken with another, and we must make the most of what we’re given, as past generations so often did. I also urge my generation to seize the moment and participate in politics. Not just for its sake, but for the sake of those yet to be born, for a better future and a greater Britain.

Zunair Jaffery is an upper-sixth student at Altrincham Grammar School for Boys and is the Editor-in-Chief of Lucid Magazine.