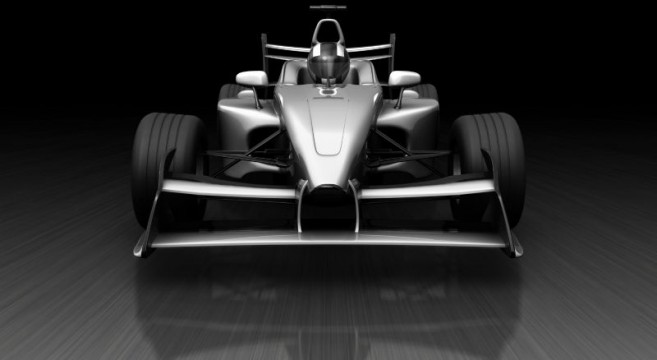 A Formula 1 car is an ever-evolving advertisement for what is possible within the arts of automotive, mechanical and aerospace engineering. At the heart of this technological innovation is the aerodynamics, a key area of car design that must be mastered in order to push the boundaries of car performance. Due to current technical constraints limiting engine, fuel and tyre development, aerodynamicists with leading teams will be parting with tens of millions of dollars throughout a season just to improve the aerodynamics of their machinery by the most minuscule of margins – fractions of tenths of a second. But just what are aerodynamics, and where and why do they fit into the complex world of Formula 1?

Aerodynamics at its core is the study of an object or body moving through a fluid, in this case with the object being the vehicle and the air considered a fluid. Favourable aerodynamic characteristics help to create the all coveted downforce of the car – a downwards-acting force that can be likened to pushing the car into the road. But just how effective is this invisible force? Well numbers suggest that top Formula 1 team are generating the equivalent of 2500kg of force acting downwards on the car. Alternatively, designers could generate similar downforce figures by plonking a baby elephant on the chassis. By adding the highest levels of downforce possible it helps to press the car into the road as much as possible, generating a higher level of frictional force, meaning that the driver should theoretically be able to corner will a higher speed. There is also the effect of greater traction, meaning that the driver can apply the throttle more heavily and generously when either exiting a tighter, slower corner or when trying to get his car off the grid at the start of a Grand Prix. A nice and efficient aerodynamics package is more favourable in faster corners as mechanical factors to do with the chassis can help improve slower speed cornering, as well as the fact that the faster you go, the bigger effect a downforce package will have on the car’s characteristics and behaviour. Teams will look to generate more ‘downforce’ on tracks with a lower number of long straights and plenty of fast, sweeping twists.

In general there are two major factors that designers must deal with in order to create a good overall package. The first, as previously mentioned, is to maximise amount of downforce that the car can generate. But this is most favourable on ‘technically demanding’ circuits with fast corners. What if you arrive at a track with more infrequent, slower corners and long straights which you need to blast down reaching as great a speed as the engine will possibly allow to aid overtaking or defensive driving? Here you will take as much downforce out of the car to make it as slippery as possible, which in turn helps to reduce the car’s drag. Drag is another force that opposes the direction of travel of the car. To have a car that has high wing angles, for example, creates more air turbulence and thus more drag. This ‘drag’ reduces the acceleration and ultimate top speed of the vehicle. This all means that reducing wing profiles reduces drag and that’s that, simple right? Not quite, as you still need enough downforce to still have a balanced, predictable and consistent car for cornering, even if you can’t quite carry the ultimate speed through a corner that you could if the wings were maxed out and the car stuck to the track like glue. Therefore Formula 1, and indeed all forms of competitive motorsport, is a trade-off between straight-line and cornering speed, drag vs. downforce, where compromises will be made based upon the nature of the circuit. No wonder leading aerodynamicists in Formula 1 are paid such generous sums of money, it’s a complicated business!

So just how do engineers go about generating vast quantities of downforce for their racing machines? Well it stems from many hours of toiling away with complex mathematical equations and computer design software in order to create the ideal ‘virtual’ car. These ideas will then be blown up into a scale model of the real thing, which will then be tested in a wind tunnel that may cost in excess of $50 million where the flow of air over the car’s body will be examined and evaluated by data that is collated by complex computer systems. This may then determine the next step in creating a perfect front wing, say. The speed of air can simulate a given speed, and multiple speeds will be tested to ensure that car behaviour at all speeds is correct. This really is an area where the bigger, more resourceful teams can flex their muscles by splashing out on more extravagant wind tunnels that give more accurate, reliable or precise data feedback. However the smaller teams may have ways and means of negotiating this hurdle in the form of compute fluid dynamics, or CFD for short, which I will discuss more in a moment. After a part has been developed to the extent where the engineers feel as though the numbers generated by wind tunnel testing are good enough to provide an aerodynamic gain out on the race track, it will be manufactured and shipped to a race weekend, where drivers will work with their engineers and attempt to get the component as integrated and functional as possible within the existing aerodynamic package, as well as providing valuable feedback for designers back at the team’s base who will then set about fine tuning and tweaking the component’s design to create a slightly better, more efficient one. Such is the relentlessness of the development of these downforce-creating parts, the current Formula 1 World Champions of the last four seasons, the standard-setting Infiniti Red Bull Racing reckon they are testing 1000 different parts in a wind tunnel per week, and making approximately 30,000 alterations across all its components from winter testing in February to the time the chequered flag falls to signal the season end in November.

CFD is a relatively new technique in understanding the inner workings of aerodynamics in Formula 1, but one that some believe is the future. CFD packages are computer software packages that simulate the flow of air over a body, in this instance our Formula 1 car, and like a wind tunnel attempts to correlate the data to how the car actually behaves out in the real world at a Grand Prix weekend. According to the Marussia F1 team, they find that CFD simulations cost one sixth of an equivalent wind tunnel test, and coupled with the fact that wind tunnel time is restrict as part of the Formula 1 regulations it is, for them as a smaller team at least, an ideal choice. Some engineers however prefer the old fashion and trusted method of using a wind tunnel, saying that the CFD world is as of yet unproved in its success rate.

Every single external component of a Formula 1 car that you see will have been tested extensively in search of the perfect, most drag-efficient shape from the front and rear wings to the air intakes, bodywork, suspension and even the wing mirrors. Even the driver’s helmet will have been designed and developed by the helmet as much in the wind tunnel as anywhere else. As the designers, being the intelligent and thoughtful individuals that they are, continue to think outside the box and come up with more and more radical solutions in the form of fins and winglets on the monocoque of the cars that mean that technical regulations need to be tightened up every so often to force rethinks in design, and to attempt to level the playing field in this ever evolving game of development focused almost totally on the vital roles that aerodynamics, downforce and drag play on these exquisite pieces of high-tech machinery.

Harry MacDonald is an upper-sixth student at Altrincham Grammar School for Boys and regular contributor to Lucid Science and Technology.