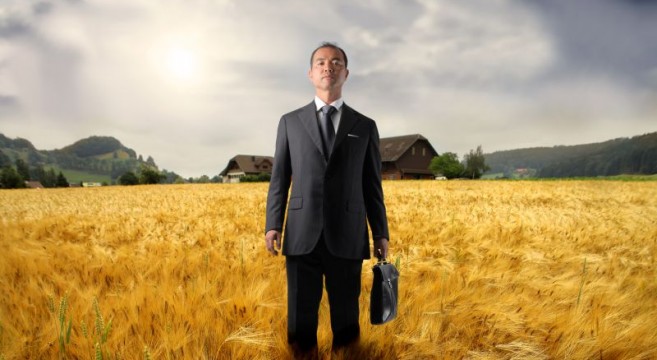 Dallas Buyers Club bashes its way on screen as Ron Woodroof, Matthew McConaughey’s moustachioed Marlboro munching Merican machismo, lecherously leers into existence sweating between two corpulent Dallas blondes with that all-American institution, the rodeo, as a glaringly reflective backdrop to his own thrill ride. Director Jean Marc Vallée faithfully constructs this ultra-masculine, bigoted, homophobic realm of 1985; Dallas makes Sochi look a fun and liberal place to be a homosexual. It is a foil for McConaughey’s one man mission to explode the mid-western American stereotype.

At first Dallas Buyers Club is anything but an explosion, but a manifestation of this stereotype. Woodroof is Dallas’ double denim donning drug dallying diablo, the kind of guy you’d imagine Kenny’s Dad to live alongside in South Park: “handsome, in a Texas white trash sort of way”. Having lost over three stone for the role, McConaughey is far removed from his earlier heartthrob type-casting. Instead, he is an emaciated, gaunt shadow of himself, apt for portraying a ravaged AIDS victim; the venous contortions his reptilian visage undergo are shockingly vivid and real. The plot follows the human capacity to acknowledge and move forward in the face of extreme adversity. Woodroof, one of the 150,000 HIV victims in the 80’s USA pandemic before the breakthrough of any Food and Drugs Administration (FDA) endorsed treatment, has to come to terms with the shattering news that he has a mere 30 days to live. So he is told. The film, through an often eccentric, though effective episodic timeline, successfully rendered into a docudrama by cinematographer Yves Bélanger, charts the next seven years post-diagnosis as Woodroof transforms from electrician to a backstreet drug runner who deploys the skills of black market trade to provide alternative and more effective treatment to his fellow sufferers. Our protagonist, through the veil of a subscription, membership based service becomes a flourishing illegal drug dealer, who progresses from a dying wreck to what is, in essence, a counterfeit drug runner meets baron. Though he does not quite attain the dizzying heights of Crystal overlord Walter White in Breaking Bad, the real Woodroof acquired over four thousand customers by his death in 1992. In so doing the film depicts a fraternity of the dispossessed and desperate, with Woodroof central and in scenes reminiscent of Its A Wonderful Life, he is cheered home after a court appeal and his impact on this sub-community extolled despite the loss of the case to legalise an HIV entry inhibitor, Peptide T, ostensibly the narrative’s conclusion.

His success pits him against the overweening establishment, the DEA in collaboration with the FDA, who attempt to bust his illegal outfit. The slow machinations of bureaucracy seek to shut Woodroof down and maintain their support for the recently developed AZT, a drug still used to combat HIV, but an overdose amounting to poison leaves Woodroof vulnerable to infection, deteriorating rather than ameliorating his health in the throes of advanced HIV. The resulting disillusionment with mainstream systems and prescriptions leads our protagonist on a global voyage of discovery and research. Woodroof visits Mexico for research; Japan for production; Israel and China for alternative sourcing. Our freshly expanded entrepreneur becomes a paragon for cross boundary interconnectedness in the global market and represents the progress and advancement a liberal market economy can provide both for the individual and in this instance healthcare provision. The fact that Woodroof has to act below board only highlights the deficiencies in innovation and development which plagued the response to the epidemic. We do not support the repressive regime, but celebrate the advancement of Woodroof. He ventures from local library independent investigator on a mighty fine computer mark-1985 to a con artist who masquerades firstly as a priest, in a finely played section as McConaughey poses to smuggle pills across the Mexican border and later as a scientific researcher, returning from Japan, complete with greasy side parting and Dom Joly mobile.

The depiction of the business and drug technicalities are rendered in fascinating detail, but as with most Hollywood and Oscar contenders (update: winners), the film is entrenched with an emotional and romantic arc. The highlight is the gradual thawing between Woodroof and transvestite Rayon, the type one might find in Lou Reed’s 1970s entourage of misfits, rendered by the resurgent Jared Leto, who imbues the character with a pathetic hue which fascinatingly develops its own narrative within the film. Rayon is Woodroof’s route into the homosexual network he needs to expand his demand, but in fact represents Woodroof’s growing acceptance as his horizons expand and perspective inverts over the course of the film. He transforms from Texan stereotype to borderline liberal sympathiser. The relationship reaches its zenith as Woodroof defends his bizarre business associate, Rayon, in front of one of his square, obdurately homophobic former friends. The scene of reconciliation, as Woodroof extracts under duress a begrudging hand shake between Rayon and this redneck is one of the finest supermarket scenes since Jarvis Cocker founded the surrealist shopping genre with Pulp’s Common People video. It is the cinema gay rights equivalent of what Dale Winton did for daytime television in Dale’s Supermarket Sweep.

The romantic arc is perhaps the flaw of the film as Jennifer Garner plays a ludicrously monochrome doctor trapped under the subjugation of the questionable conservative and profiteering tendencies of her superiors. She is unable to realise that the core issue lies in her sleepwalking through life: a Daddy’s girl, who becomes a doctor because she was a good scientist at school and her father thought the alternative, history, pointless. Her growing disillusionment becomes a nascent existential crisis which somewhat lacks the integrity and validity to offset Woodroof’s adversity, which is so believably and perfectly realised by McConaughey. Theirs is a relationship which can, could, might, maybe and does not happen. Yet never acquires a form of platonic connectivity leaving it a somewhat dismembered tool to induce yet another existential onscreen crisis as Hollywood films are wont to do lately: “I don’t want another life. It’s mine, I’m fine…I just want it to mean something.”

Existential crises lie at the heart of this film. That this film exists is significant. The script was in circulation for almost twenty years and has become a pariah of patronage oft overlooked or tantalisingly close to formation. At last, on a shoestring six million dollar budget and a sub-month time frame, with the endorsement of McConaughey, it has been realised; just in time for a profitable awards season.

Rory James McInnes-Gibbons is a second year Classicist at Durham University. He is passionate about live music and describes himself as a “vinyl buying music snob with a tendency to inflate the significance of post-2000 indie bands” and “pioneer in early-Noughties revivalism”. He also writes film reviews.