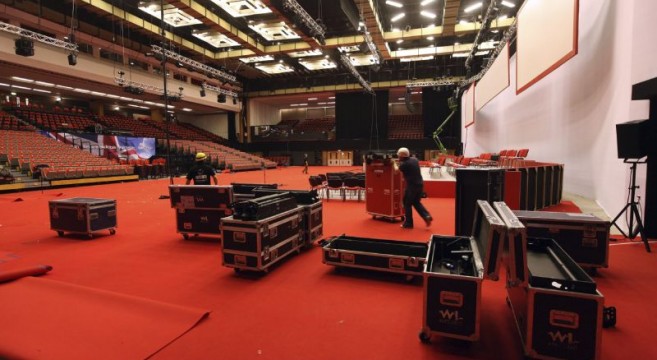 At the recently wrapped-up Liberal Democrat conference, Vince Cable gave a somewhat surprising speech. In it, he launched a scathing attack on the Conservative party, and sent the message to the public that the Coalition is reaching breaking point. He stated that if anyone was under the impression that the Tories were moving away from their image as the ‘nasty party’, they can now be sure that they’re back to square one, referring to the various groups such as ‘immigrant minorities’ that in his opinion the Conservatives are determined to ruin. He then went on to list the people to Conservatives ‘disapprove of’, including “teachers, the unmarried, and people who don’t own property”. He referred to Lynton Crosby, the Conservatives’ election adviser, who was attacked in the media some time ago for supposedly influencing David Cameron into backing down on cigarette packet laws, as “an Australian rottweiler”. Cable also took a snipe at the age demographics of the Tories, suggesting that the average Conservative was so old that “I suspect that I would qualify, not on ideology, but on age, to be a member of the Young Conservatives”.

What was most surprising was Cable’s candour in his attacks on the Tories. Whilst he specified that he felt entering the Coalition was the right thing to do under the circumstances, he warned that the party was being “dragged down” with them. He cautioned that the Conservatives were exploiting fear in the public, and were confusing ‘competence with callousness’. Party Leader Nick Clegg looked on with thinly-veiled concern; Cable’s speech was nothing short of an indictment of the state of the Coalition, and indeed Clegg’s perceived subservience to the Conservative party. Perhaps this will, in future, become a rallying cry for seperatist Lib Dems; more likely, it will become just yet another forgotten instance of Cable trying to rally support for a mutiny aboard the good ship Coalition.

At the end of the Labour party conference, Ed Miliband made his speech, hoping to prove that he’s the right man for the position of Prime Minister in 2015. Mr. Miliband put in an assured performance, but rounded off somewhat surprisingly given the current state of the Labour party; he revealed a policy. An actual policy. That they’re committing to for the 2015 election. A policy. I couldn’t believe it either. Miliband promised that, if elected in 2015, Labour would freeze energy prices for 20 months. This was the highlight of the speech, and roused Labour supporters. Any faint hopes that certain non-Ed-converts were holding of a late leadership contest to bring back another contender, such as his much-suffered brother David, were well and truly dashed by the party’s excited endorsement of their leader. Here ends the news section of the article, here begins the opinion section; the faint-hearted should turn away now.

What a stupid idea. I mean, come on; this is the flagship policy of the Opposition? Miliband has done something useful, for once: he’s brought rising energy prices back towards the front of national policy debate. The trouble is, he’s done very little towards actually solving it, as the debate is still where it ever was… with everyone agreeing with each other that energy prices are too high but no-one having the first clue what to do about it. In my personal opinion, this price freeze is not a solution. Not a long-term one certainly, perhaps not even a short-term solution. There is a litany of issues with such a policy. Firstly, it is possible (worse, likely) that energy companies will simply hike prices on the day of the election, then for 20 months they are frozen at above-market rates. Secondly, after 20 months, assuming the price hike doesn’t happen, energy companies will be looking to cover their costs; and after a 20-month lull before the British Energy Price Shitstorm, prices will shoot up and the economy will suffer a significant supply-side shock. Thirdly, perhaps the dastardliest problem with it, is that the price freeze does absolutely nothing to address the issue of rising energy prices, as it does nothing to fix the causes of the problem. After the freeze, energy prices will continue to go up, as the North Sea runs out of gas, and a pathetically-small amount of progress in made in renewable or even nuclear power. Before anyone cries “fracking”, I’d like to point out that even the Commons Energy and Climate Change Committee says that it is ‘by no means certain’ that energy prices will fall as a result of fracking. All that will come of fracking is more profits for energy company shareholders and directors, contaminated water, and the Conservatives smugly reneging on all their promises of green energy. For an interesting alternative to Miliband’s plan of a price freeze and Cameron’s plan of poisoning our tap water so that as the population plummets (because of all the deaths) the country’s energy usage falls, the UK Youth Climate Coalition have an excellent article on their website; David Cameron wrote an article some time ago defending fracking, and the UKYCC have swapped every usage of the word “fracking” for “renewables”, to show exactly what he, and Ed Miliband, should be saying.

Philip Hammond, the Defence Secretary, gave an assured performance at the Conservative Party Conference, which is perhaps the most worrying thing about it: how assured it was. Despite being heckled by the people he purports to serve, 2 Royal Fusiliers (who were of course duly escorted from the premises to join their protesting friends outside, rather than, heaven forbid, actually being listened to or heard out), Hammond pressed on, giving his view on the state of the Ministry of Defence. Hammond stated confidently that the UK has “the best armed forces in the world”. A lovely piece of rhetoric, but this cannot even be classed as an opinion; it is factually incorrect. Our air force is not the largest in the world – it is the 10th-largest. Our army is not the largest in the world – it is the 33rd-largest, and of these, most are reservists. Even our navy, historically the pride of our armed forces is the 8th-largest in the world, as shrinking fast; in but a few short years, the UK will not even operate a single aircraft carrier by itself. Whilst there is a lot to be said for the amount of training of British soldiers compared to other countries (it isn’t uncommon for a British Army chef to have many weeks’ more combat training than a US Army infantryman), these shortcomings in manpower simply cannot be overcome by training or technological advantage. Hammond’s comments are a throwback to the pre-Suez, World War Two jingoism and imperial optimism which has become more and more outdated as time goes on and the international balance of power continues to change. Numbers aren’t everything, true, but to suggest that our poorly-funded badly-designed fleet of glorified Land Rovers could best several thousands Russian T-80/T-90 tanks is just incorrect, and no amount of wishful thinking and blind nationalism will change that fact.

LABOUR CONFERENCE VOTES IN FAVOUR OF ‘THE 70s’

At the Labour conference not so long ago, various motions were put to the floor. Among these motions were two that are somewhat at odds with current Labour policy, though not motions that have not been seen at a Labour conference before. The first endorsed a nationalisation of the railways; the second, the nationalisation of Royal Mail. Both of these are enterprises which have previously been nationalised, then privatised. Following impassioned debate at the conference, delegates voted unanimously in favour of both proposals, though a senior Labour figure has been quoted as saying that renationalisation in either case is not Labour policy. “Conference is entitled to its view,” the source said, “but we are going to do the right thing. We will not spend money that we do not have.” Whilst Labour is investigating the possibility of having all railways run on the same non-profit basis as the East Coast Line, the votes at conference are being ignored. Perhaps this is inconsiderate, perhaps reckless, of the Labour leadership to ignore its supporters like this; equally, it may be an example of the restraint and pragmatism which may be needed to keep Labour in the political mainstream. Views from readers on the matter are, as always, appreciated.