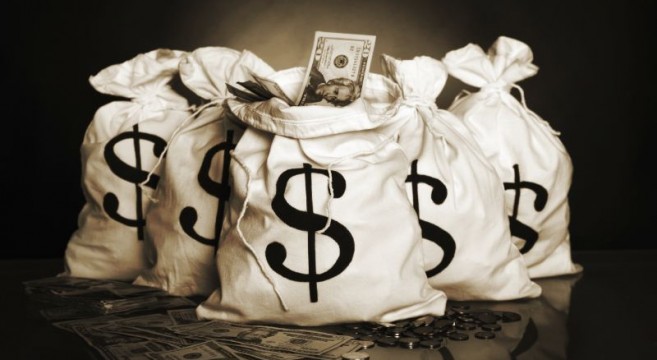 The landscape of domestic football in France changed dramatically when ‘Qatar Investment Authority’ became the sole shareholder of Paris-Saint-Germain in 2012. Spear-headed by the club’s newly inducted President, Nasser Al-Khelaïfi, the club embarked upon a mission to mix with Europe’s elite as they splashed a fortune on new players in the summer of 2012. The arrival of household names such as Zlatan Ibrahimovic, Thiago Silva and Ezequiel Lavezzi brought the success of the Ligue 1 title in the 2012/13 season, as well as an encouraging run in the Champions League where they were narrowly beaten in the quarter finals by Barcelona over two legs. PSG have continued with their vast financial outlay, breaking the club record transfer fee to acquire Edinson Cavani along with centre-half Marquinhos from Roma, taking their overall expenditure to €320m since the club was taken over.

Whilst the eyes of the footballing world have been firmly fixed on the French capital, there has been another force quietly gaining momentum under the radar. AS Monaco were the subject of a takeover in December 2011 by Russian billionaire Dmitry Rybolovlev; their original focus seeing the club back into French football’s top flight, a target which was achieved at the end of the 2012/13 season. However, the club well and truly flexed their financial muscles in this summer’s transfer window, spending an incredible sum to bring in players from all over Europe. Managing to sign Atletico Madrid’s goal scoring sensation Radamel Falcao emphasised the growing reputation of Ligue 1, Falcao is a player who had been courted by Europe’s heavyweights yet opted for Monaco’s millions and the tax-free lifestyle that comes with it. The Columbian has been widely criticised for his move, former Tottenham star David Ginola went on the attack just last month, claiming “He had all the biggest clubs in the world wanting to sign him and he decided to go to Monaco, I found it very strange for him to go to the French league when he can play in England or in Spain”. Despite this, the attraction of playing for a club like Monaco cannot be understated; the huge wages that a player will earn is complimented by the tax-free laws of the state which one would not find at any other club in Europe. Then there is the “project” line, which almost every player has mentioned upon joining, the idea of coming to a relatively small club and propelling it to new heights through success on the pitch.

Ligue 1 is still very much behind the likes of La Liga, the Premier League and the Bundesliga in terms of popularity amongst players and fans, but the sheer volume of players imported from Seria A perhaps suggests that the French league has begun to move ahead of the Italian. However, does the influx of riches make for a competitive, enjoyable division? We have seen how both Barcelona and Real Madrid have obliterated any other competition in Spain, whilst Bayern Munich and Dortmund have begun to pull away from the rest of the pack in Germany. From a purely aesthetic point of view, it is great to see two teams filled with top class talent in a league which in recent years has been starved of such quality and progression in the Champions League will undoubtedly attract supporters to help promote French football on a global scale. On the contrary, the inevitable two-horse race which will follow will surely drive the gap between the super-rich and the rest of the league further apart.

The biggest concern in France is that there is not enough home-grown talent coming through the ranks amongst the big clubs; Monaco have already spent over €130m on players outside of France and this seems unlikely to change. It is imperative that the likes of Marseille and Lille keep faith in their successful youth development programmes that have brought them so much success thus far. This will be crucial for not only the competitive aspect of Ligue 1 but also for the French national team, who are looking to get back to the top of International football again after their recent slump.

Will Lumb is an upper-sixth student at Altrincham Grammar School for Boys and regular contributor to Lucid Sports.