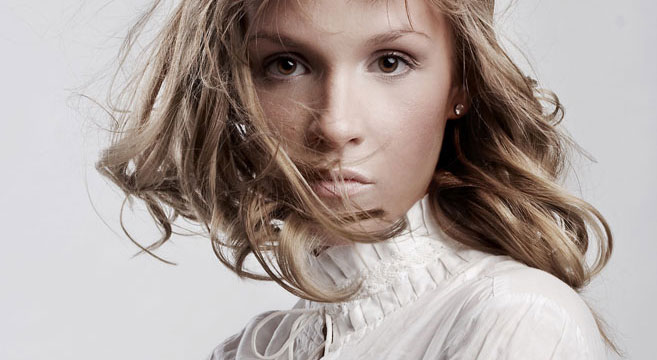 Are Modern Women More Conservative Than We Will Ever Confess?

Despite what many would have you believe, I consider myself a feminist. That is, a liberal feminist in the true sense of the word; a person who aims to achieve equal social, political and economic rights for all, regardless of gender or sex. I am also, however, what most would refer to as a ‘raving’ New Right conservative. I have become accustomed to many expressions of disbelief, horror and disgust from those to whom I express this opinion, particularly fellow females, and it has led me to ask the question: Am I in fact deluded and alone? Or are modern women actually far more conservative than we would like to admit?

When most people say the word ‘feminism’, the last thing they think of is defending traditional family values or typical feminine roles such as a mother or a housewife (images of hairy armpits and man-hating tend to spring to mind beforehand). Don’t get me wrong, I am no more defending the second stereotype than I am the first, in my eyes there is no way a woman ‘should’ act or behave, but it astounds me that whilst one seems to suggest a submissive, oppressed woman, the other symbolises independence, self worth and freedom. It seems strange to me that when a man compliments an attractive woman or says that we are hormonal/emotional or better suited to the home, it is called patriarchal oppression, but when a woman talks about hating men for ‘only ever wanting one thing’ or being less mature and ‘all the same’, it is called being a feminist. Of course, I am not blind, throughout history it has been clear that women have been expected to take a subservient role. But nevertheless, in the 21st Century when women have equal access to both education and the public sphere, feminism seems to have become less about equality and more about matriarchy.

A man holds open a door – he’s a chauvinist. Offers to pay for dinner on the first date or buys you a gift for no reason? He thinks you’re property that can be bought. You only have to look at feminist parodies on YouTube to see that while the male pop artists aren’t exactly depicting equality, the women are (in my opinion) worse. Yes, Robin Thicke’s ‘Blurred Lines’ video isn’t feminist, it never claims to be, but it’s a goddamn music video, and sex sells. I bet if you ask how many women bought a Diet Coke after the delicious topless gardener enjoyed one in the advert, you would see that both genders aren’t immune to it. And why should we be? Surely Germaine Greer and Betty Friedan, two of the most famous second-wave feminists, fought for women’s right to express their sexuality however they please? If that’s dancing topless in a music video then go for it, if you’re more reserved then save it for the bedroom – I’m not hugely fussed either way, but you have the right to choose. The feminist parody of Blurred Lines however, is in my opinion ridiculous. Is it not just as sexist, pouring whipped cream on men and dragging them around on leashes? Clearly, it is a parody, intending to show the way women (only certain women I may add) felt about the original, but all it shows to me is that the face of what used to be ‘feminism’ now seems just as sexist as the apparently chauvinistic opinion of ‘all men’, who by the way, are not all the same.

Going back to my famous feminists, it makes me smile to wonder what they would have made of Miley Cyrus’s VMA performance/strip show. Most likely, they would have loved it – they fought for equal rights to express sexuality, and boy did she do that (in fact she expressed it all over both a foam finger and a married man’s neck). What I think is more astounding, however, is the general female population’s reaction to it. While in theory, completely open-minded modern liberal women should not have had a problem with it (she wasn’t naked, she wasn’t actually having sex and she was dancing in a way which I have witnessed countless times first-hand in nightclubs by other women), she was deemed classless and ‘unladylike’, with many saying ‘her father should do something’. This last quote, taken from an unnamed online news site, I find particularly hilarious, as it shows to me just how conservative many women still are at heart – only her daddy (a man, shock horror) can get her ‘in hand’. While I realise that Thicke received just as much criticism, it was mainly regarding the fact he should be a family man, whereas Miley was ‘wrong’ just because she was a woman.

Personally, I can’t say I want to watch it again, but then again I am proudly conservative in my views. I believe you can be sexually attractive, classy, successful, intelligent and feminine all at the same time, without walking around with your tongue sticking out to attract men. I also like it when a man holds open a door for me, when he pays on the first date, and (to an extent) when he takes control of a situation or provides for his family. This is my personal opinion, I am not saying it is what all women should think, but the point I am trying to make here is that while I face much criticism for being ‘backwards’, something which my idol Thatcher faced many times during her campaign for ‘Victorian Values’, it would seem that many 21st Century women who claim to be so modern in their outlook have contradicted themselves by expressing disgust at the very thing which feminists fought for – the right to do whatever the hell you choose to do with your life. That should therefore include, as far as I am concerned, both the choice to dress, dance, look as you please without being called a slut, or to act in a traditional ladylike manner and be more reserved. Furthermore, it also includes the choice to focus entirely on a career, or remain at home raise a family, or both, without being accused of being brainwashed into accepting patriarchy, something which I hear on a regular basis from so-called ‘feminists’, and something which as an educated woman I find more insulting than anything any man has ever said to me.

For the time being, I will continue to join the hoards of women buying Diet Coke just to remember the advert, shave my armpits and not feel oppressed, or use the very rights that were fought for by historical feminists to be both an educated woman and (in the future) a housewife and mother. In short however, I will now do it realising that whenever a man holds a door open for me, I am not alone in thinking that actually, this is rather nice.

Rose Pollard is a young and passionate conservative feminist from Surrey.