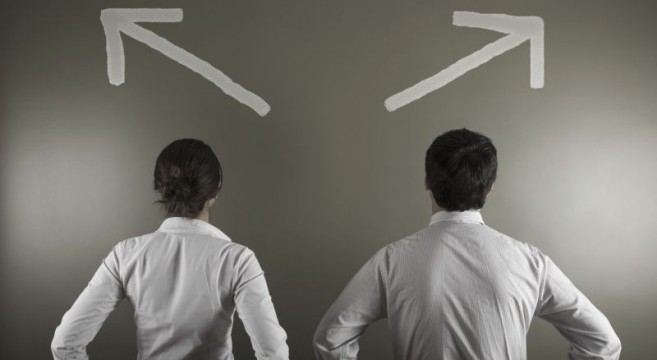 All Doctors Should Be Feminists

Millions of women die each year from health issues that would have been avoided if they were men. Doctors, as advocates for fewer deaths and better health, should therefore be feminists.

‘Feminist’ is a taboo word within the field of academic medicine; the BMJ (British Medical Journal), a leading journal for global health, has never mentioned the word in its 143 years. Yet feminism, a political practice devoted to reducing inequalities and inequities, is paramount to public health. Health inequality is a fundamental and complex problem in medical ethics; a feminist approach enlightens us to the inescapable nexus between gender, disadvantage and health.

Today, women bear a disproportionate burden of the world’s poverty – 70%. Economic disadvantage is a dominant risk factor for increased morbidity and mortality, and its repercussions are equally central to global health. Oppression, diminished opportunities, discrimination, and a lack of power are important dimensions in the genesis of poor health; issues that are at the heart of feminism. Examining this problem through the lens of feminism, we discover that being a female is an unavoidable health hazard. Gender discrimination, poverty (and its associates) harms women’s health directly and indirectly throughout their lives. Genital mutilation, unsafe abortion, forced sex, physical abuse, female infanticide, early childbirth and inadequate food and medical care are directly responsible for the deaths of millions of women and girls across the globe. Poverty threatens health irrespective of race or gender; yet poverty and its consequences are severely gendered.

Feminism has always recognised the need to engage with politics, and medicine has inescapable political elements. Doctors, as the face of health, should embrace political practice. Essentially, public healthcare systems and the way in which a clinician works are shaped by politicians, so it is essential for those practising in the healthcare sector to be politically-aware. In the hunt for medical solutions, a complete focus on the individual, leads doctors and politicians alike to ignore social and political contexts, leading to an increased risk of ill health. A current example reflecting this is the obesity epidemic. With a dominant focus on diet-control, weight-loss surgery and anti-obesity medication, the exposure to a capitalist-consumerist society as a major contributor to obesity is rarely considered. A feminist attitude towards ethics in public health analyses the underlying social inequalities and political circumstances that are the source of health problems. Feminism, like all critical theories, teaches us to tackle the systemic disease rather than the social symptoms; a fundamental lesson for doctors. ‘Prevention is the cure’ is a concept that is central to modern-day medicine. Clinicians must address gender equality and support feminism as a means of preventing ill health by empowering women.

This teaching applies to all inequities, and is particularly relevant to physicians as they often encounter feminist-turned-medical issues such as female body image. The media-provoked expectation to meet an unreasonable standard of beauty has imposed massive health strains on women. As a result, eating disorders such as anorexia and bulimia have sharply increased (by 15%) since 2002; a problem that is predominantly female but undeniably medical, and so should be addressed by all doctors.

Conversely, physicians also confront medical-turned-feminist issues such as the growing proportion of women contracting HIV. According to the WHO (World Health Organisation), in sub-Saharan Africa women now constitute 60% of those living with the disease, and gender inequality is very much the key driver of this epidemic, with a lack of education and the prevalence of violence against women directly contributing to this. For example, forced sex often leads to tears and lacerations that heavily increase the likelihood of transmission. Furthermore, women often lack the power to ask their partners to use condoms or refuse unprotected sex. Fear of violence can also prevent women from learning and sharing their HIV status and accessing treatment. Despite this, many national HIV/AIDS programmes fail to address underlying gender inequalities. In 2008, only 52% of countries who reported to the UN General Assembly included specific, budgeted support for women-focused HIV/AIDS programmes.

Many see feminism as only relevant in the developing world, but these problems also apply to developed nations, such as the United States of America, where diagnoses in women have tripled since the epidemic began, becoming particularly prevalent in African American women. In a study of African American women aged 13 to 19, 26% felt that they had little control over whether or not a condom was used during intercourse. For many women, negotiating condom use also seems to question trust and fidelity. This is an issue of racism and sexism.

Institutionalised racism is a grave problem within many healthcare systems, including the NHS, and measures are being taken to tackle it there. NHS-Scotland have invested £1.1 million into tackling racism, which, given the current climate, is a serious attempt to prioritise this problem. It is expected that doctors should be, without exception, unprejudiced with regards to race, and that they should work to end this injustice; not just when treating their patients, but also as they go about their daily lives. So why do we not expect doctors to be feminist? Is sexism not as bad as racism? I have always considered all forms of discrimination as equally wrong; whether it is racism, sexism, homophobia, ageism, religious discrimination and others. Yet the importance of feminism still isn’t recognised. Perhaps this is due to the stigma surrounding the word ‘feminism’, which fabricates ideas of female superiority and man hating. Perhaps it has never truly disappeared from our society since the days of male-only doctors. Either way, the practice of feminism is essential within the healthcare setting, just as the battle against all other discrimination is.

It’s true, we’ve come a long way from the days of nurses (female) not permitted to walk along the same (main) corridor as doctors and medical students (male). But even now, despite the influx of women into medical schools, the profession continues to discriminate. The Independent has just published an article describing how ‘sexist attitudes and a macho work culture’ have caused the absence of women from the most senior posts in medicine.

And if you’re still not convinced doctors should be feminists, take the fact that the overwhelming majority of studies researching conditions and drugs are performed on men. In a federally funded study in the US that examined the effects of diet on breast cancer, only men were used as sample subjects. The issue of oestrogen (which is heavily involved in the majority of breast cancer cases) was therefore never properly taken into account, leading to inaccurate and largely useless data. This is not an uncommon phenomenon. Women’s health issues can even be downplayed in relation to men’s. There is, for example, no female equivalent of Viagra!

Whether it be the GP that ignores the patient with chronic fatigue syndrome that is dismissed as a woman being inherently neurotic, the female doctor that misses out on a consultancy promotion despite being the better candidate, or the health secretary who doesn’t acknowledge the massive inequities between genders leading to global ill-health; it is clear that if doctors (and everyone for that matter) were feminists, world health would be a lot better off.

Lottie Brown is an upper-sixth student at Altrincham Grammar School for Girls, and is hoping to read Medicine at University.