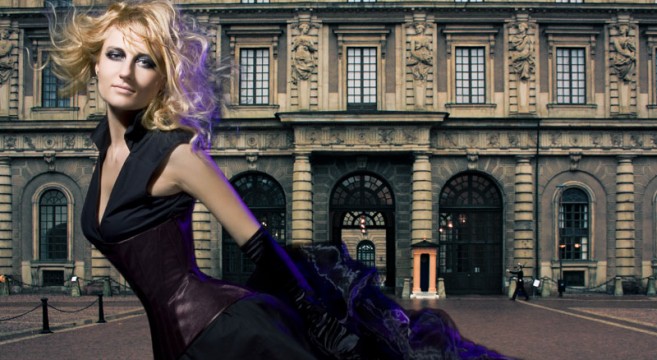 A World Within Fashion: Haute Couture

Watching an Haute Couture show is something like watching your very first Disney film as a child: magical. Haute Couture is the world of fashion that not everybody is aware of and the creations of this world are truly nothing short of art. This is high fashion. This is decadence.

The creation of Haute Couture starts off with a dream: the designer’s vision that will meet reality. From sketch to runway, gowns can take up to 150 hours to perfect and this is no surprise. Every sequin is embroidered by hand, every feather layered by hand and every panel structured by hand. Watch as the jewels and embellishments pour over the sides of the gown constructed with stretches of the most expensive silk; every seam tightly hand-stitched; and every purposeful crease carefully pressed into place. This is art. One look and it feels nothing less than heavenly.

A doubt of Haute Couture that strikes many is the idea that these dresses aren’t “wearable” or they aren’t “day-to-day” and this is because these royal looks are made for the exclusive. People who have a thirst for the imperial and majestic nature of these looks and those who have places to wear them. When a gown is on the runway it’s like watching a performance; the theatrical nature of this showcase means some features of the gown reflect the inspiration and the themes behind the collection, for example: Galliano’s first collection “Les Incroyables” (which was inspired by the French Revolution) had heavy crusts of red jewels and embellishments that symbolized blood and anger and this expressed the emotions behind the gowns. An atelier can edit and morph these gowns to fit the needs of the customer. In this sense, an Haute Couture magnum opus becomes “wearable”.

To be an Haute Couture designer, you must belong to the Syndical Chamber for Haute Couture in Paris and this is regulated by the French Department of Industry. Fashion houses must present their collections twice a year which must include at least thirty five outfits tailored and perfected for day and night. Major Haute Couture names (such as Chanel, Christian Dior, Valentino, and Christian Lacroix) have seamstresses that specialize in one area: buttons, shoes, feathers, fabrics, stitching – the list is endless. The passion that is injected into these impeccable, breathtaking works of art can really be seen when watching the light reflect off each bead, watching each feather rise and fall and seeing the immaculate structure of the corset as the model glides down the runway.
This world is like nothing else. Haute Couture induces a feeling of amazement, the kind of breathtaking beauty that makes you feel like you are in a dream as you watch the blossoming of a gown: a masterpiece.