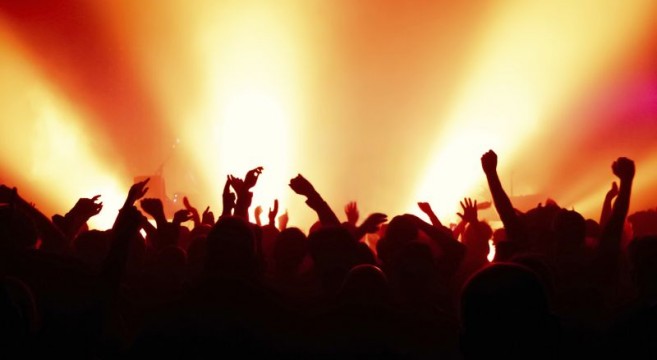 Leeds festival 2013 is likely to be remembered by its guests (especially those camping) as a weekend showcasing the renowned British weather at its best. Flooding tents, water-logged wellies and constantly damp underwear are certainly things that guests were all too familiar with over the course of the festival. However, Brits are obsessed with complaining of the weather and it would do the weekend no justice to be the only thing to mention.The music was, without doubt, second to none and knocked all prior criticism of the line-up to the ground.  The vast array of music from every genre allowed fans to indulge in old favourites as well as fall in love with new sounds. Artists came from all ends of the spectrum, ranging from metal-core ‘Bring Me the Horizon’ to folk inspired trio ‘The Lumineers’. Despite the mash-up of genres, the line-up definitely leaned most towards dance and mainstream artists such as ‘Chase and Status’ and Sunday night’s headliner ‘Eminem’. The organisers made no mistake here though, with the dance scene emerging now more than ever.

Eminem, a.k.a. Marshall Mathers, really was the festival’s true star (despite a fashionably late entrance!). Crowds were crammed beyond full capacity in front of the main stage. He pinned almost 30 tracks into his set reducing the legendary, hip hop gems to glistening, cut samples. An army of enthused, battered and bruised fans welcomed each one, creating an incredible atmosphere. A special, unforgettable moment that will stay forever with many was his return to the stage to perform his 2002 number 1 hit single ‘Lose Yourself’.

Another act that stood out from the rest was ‘Disclosure’, who played the NME Radio One stage on Friday evening. In spite of being a short set of just half an hour, the duo rammed it full of guest appearances. A crowd stretching far outside the tent saw Sam Smith come to the stage for ‘Latch’, Aluna Francis (of Aluna George) join the band for ‘White Noise’ and Friendly Fires’ lead singer Ed McFarlane guest for ‘Defeated No More’. The Surrey brothers said: “I think this might be the best crowd we’ve ever played to.”

The music in the main arena finished at 11pm but there was no stopping guests from continuing the night until the early hours of the morning with the silent disco, Piccadilly Party, ‘Oxjam’, Relentless stage and each camp’s own on-site DJ. Although the rain certainly dampened the mood, by putting an end to the Relentless stage for good and shutting down the silent disco for two nights due to a collapsed roof. On the other nights though, the silent disco was the place to be for all after dark. It offered special guest DJ sets from Moustache DJs, Phat Thursday DJs and Session DJs.

All in all, the festival can only be described as being some of the best days of the summer if not year for many, leaving the majority of the guests with a good few weeks of festival blues – and an unrelenting festival flu!

Gemma Lee is Music Editor of Lucid and an upper-sixth student at Altrincham Grammar School for Girls.